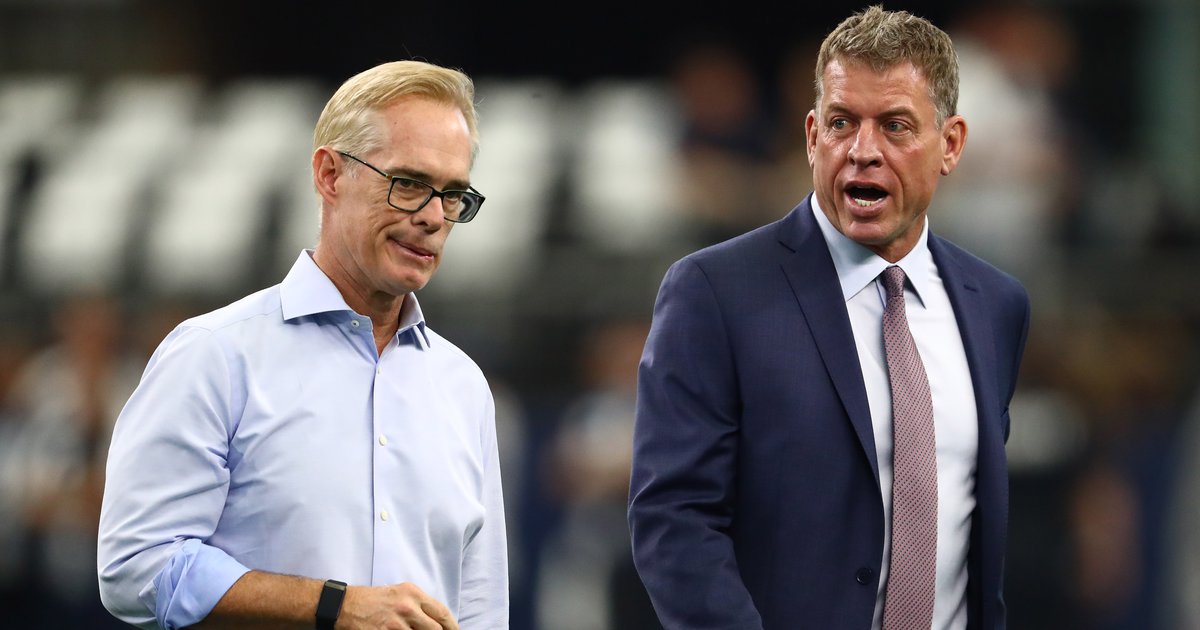 With the Eagles destroying the Giants in the divisional round, Birds fans can relax on Sunday and watch the two remaining playoff games this week. It’ll be the Bengals-Bills on CBS and then Cowboys-49ers on FOX. The winner of the latter of those two games will play the Eagles in Philly next weekend.

A stress-free NFL Sunday is great. Eating some pizza or wings, drinking your beverage of choice, and kicking up your feet? I love it.

Ahead of watching this slate of playoff matchups, I started thinking about all the different networks that broadcast NFL games: FOX, CBS, ESPN and NBC. We have the Amazon Prime Thursday Night Football setup now, too. I like some of those broadcasts better than others. I’ve discovered one reason why: the intro theme song.

Nothing gets your football juices pumping like hearing that dramatic overtone before a game. Let’s have some fun. I’m going to rank the intros and hit you with some thoughts on each.

For reference, this great Twitter video includes snippets of all four networks’ theme songs. The order goes CBS, FOX, NBC and then ESPN:

I’m having a Pavlovian reaction to hearing all of those.

CBS broadcasts are always weird to me. Most of the football games I’ve watched have been on FOX, given the network’s contract to broadcast NFC games. Whenever the Eagles played on CBS, something felt off. Oh, it’s a CBS game with the Patriots or Colts or Ravens in town? Yeah, that feels like a loss.

The vibes are off when I hear that and while it’s still a nice piece of music, I’m leaving it in fourth place.

Amazon’s entry into the catalog of NFL theme songs works, but it’s too new for me to say whether this could stand the test of time and become as anthemic as what these other TV networks have done for years.

Here’s a performance of the song if you need a refresher:

I think this might be the most iconic of all of them, and, of course, it’s great, but it doesn’t hit the same way the above two do. ESPN’s theme makes me feel like the Eagles are about to blow out Washington at FedEx Field.

It sounds a bit like John Williams’ “Superman” theme, right?

This is the most epic of all the intros. The legendary John Williams actually did the score for this! The NFL’s marquee game of the week has the heaviest theme song. Well done, NBC.

The same way hearing a familiar song can transport you back in time, the same goes for this FOX theme song. This intro is pure nostalgia. It paints a picture in my mind: it’s a late-Sunday afternoon, the Cowboys are in town, the Linc is rocking and Lito Sheppard is about to take an interception off Drew Bledsoe back to the house.

I get as nostalgic for the FOX theme song as I do when I hear “Sugar, We’re Goin Down” after downloading it on LimeWire as a kid.

It’s perfect. The best music for the greatest spectator sport.

Eagles will host 49ers in NFC Championship Game
James Bradberry haunts the Giants in the Eagles' divisional playoff win
What you missed from Sixers vs. Kings: a furious comeback without their two stars
Eagles thrash the Giants, 38-7, just like the Vikings five years ago
Read Previous