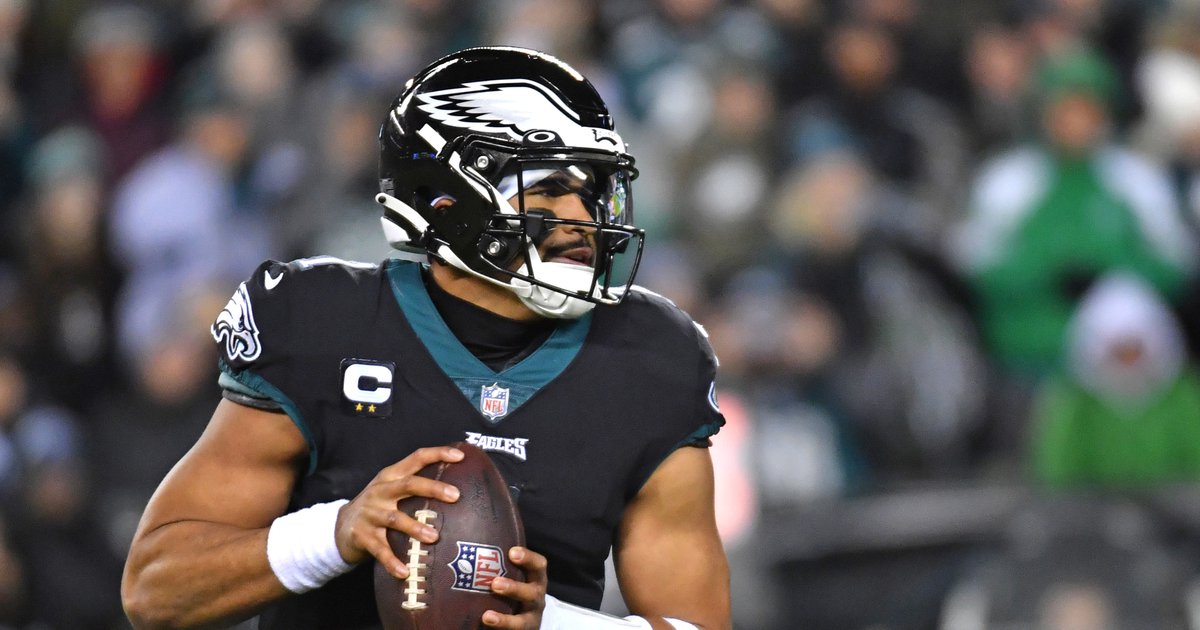 The Philadelphia Eagles are coming off their first round bye, and they only have four players listed on their injury report ahead of their divisional round matchup against the New York Giants.

• The big news is that Jalen Hurts is no longer listed on the injury report. Of course, that certainly doesn’t mean that he’s not still hurting.

• Josh Sweat is also not listed on the injury report. Expect him to play on Saturday.

• Maddox remains unlikely to play on Saturday. A more realistic hope is that he’ll be ready for the conference championship game, should the Eagles make it that far.

• Joseph’s calf injury is new. The Eagles will need him clogging up the middle against Saquon Barkley and the Giants’ rushing attack.

• P Arryn Siposs (IR – Week 15): Siposs collected a loose ball after a blocked punt and was injured while trying to run for a first down Week 14 against the Giants. The Eagles signed 15-year vet Brett Kern to the practice squad to replace him.

• The Giants had at least limited participation from their entire active roster. This time of year, if a player can practice at all, there’s a good chance they’ll play.

• WR Sterling Shepard (IR): Shepard was Daniel Jones’ top target over the first four games of the season, but he was lost for the season with a torn ACL.

• WR Wan’Dale Robinson (IR): Robinson is a rookie who was starting to come alive for the Giants when he suffered a season-ending torn ACL during a game against the Lions in which he had 9 catches for 100 yards.

• WR Collin Johnson (IR): Johnson was getting first-team reps with the Giants during training camp and some were projecting a breakout season for him, but he was lost for the season with a torn Achilles.

• OG Joshua Ezeudu (IR): Ezeudu is a rookie third-round backup guard who has seen action in 10 games this season, with 2 starts.

• OG Shane Lemieux (IR): Lemieux is another backup guard who has only appeared in one game this season (Week 11 against the Lions), which he started.

• DT Nick Williams (IR): Williams started the first seven games for the Giants at DT, but had meager stats (15 tackles, 0 sacks). He landed on IR with a biceps injury.

• CB Aaron Robinson (IR): Robinson was a Week 1 starter, but an appendectomy caused him to miss Weeks 2 and 3. In Week 4, he injured his knee, and is likely done for the season.