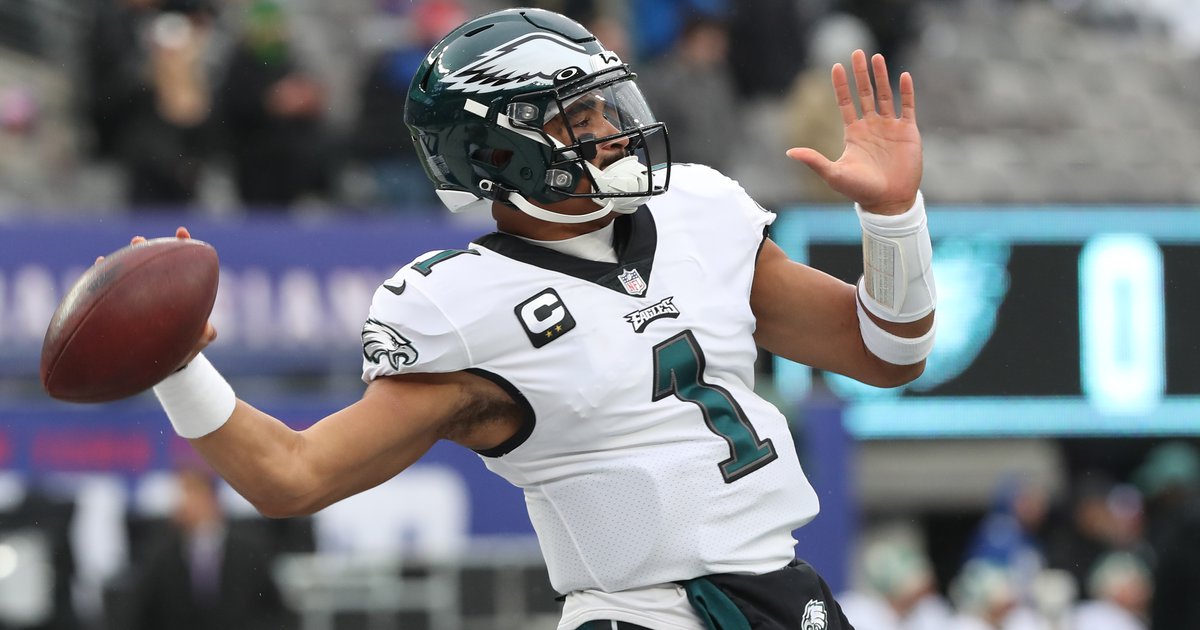 After a rough outing from Gardner Minshew that saw the Eagles lose to the Saints, Philadelphians are hoping Jalen Hurts will return to the lineup in the team’s regular season finale against the Giants.

According to a report from NFL Network’s Ian Rapoport, Hurts is “expected” to get that Week 18 start:

“By the end of last week, he was doing better and better… looked functional, threw well, didn’t seem to be in a lot of pain… The reason he was held out of this week’s game wasn’t really because he couldn’t play the quarterback position… It’s just really if someone landed on him and aggravated that shoulder. He wasn’t quite there, but he was really close. Jalen Hurts is expected to go in Week 18, just like he would’ve been able to go if it was, let’s say, a playoff game this past weekend.”

This comes on the heels of ESPN’s Adam Schefter’s report that Hurts will be available in the last game of the season from Sunday morning.

Hurts has been sidelined the last two weeks after suffering a shoulder sprain in the Eagles’ Week 15 win over the Bears in Chicago.

Head coach Nick Sirianni was mum on his status for Sunday during Monday afternoon’s press conference. Sirianni noted that the organization is “waiting to see how they feel” in regards to both Hurts and C.J. Gardner-Johnson’s return from injury. He said a lot without really saying anything of substance regarding Hurts starting against New York.

Perhaps its gamesmanship from Sirianni, but if Hurts was close to playing this past week, it’s hard to imagine he’ll be kept out in a game that could determine whether the Eagles stat as the top seed in the NFC or drop to a Wild Card spot, an unthinkable turn of events just a few weeks ago.

If you want any additional evidence that Hurts is an MVP-worthy quarterback, look no further than the way the offense looks against New Orleans. Hurts isn’t a system quarterback. He is the system. If/when he returns, it can’t come soon enough for the Birds.