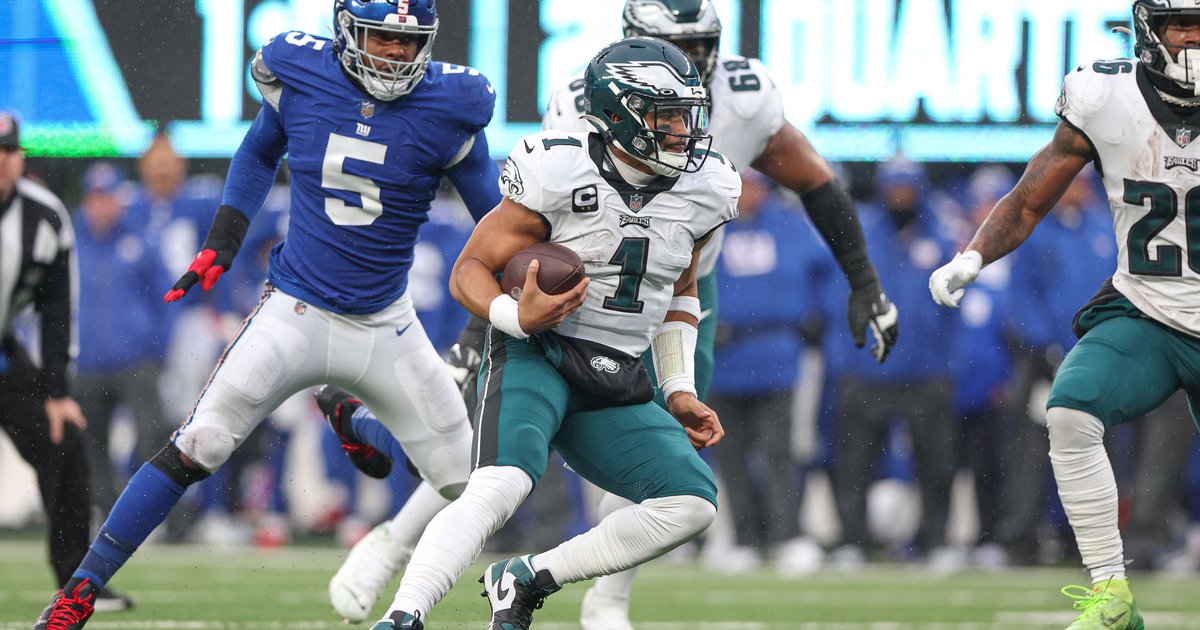 The NFL typically leaves its schedule in flux for the regular season’s final week, and 2022-23 is no different.

A report leaked Monday that the Eagles will host the Giants at the Linc at 4:25 p.m., the same time the Cowboys and Commanders will do battle in the other NFC East matchup.

Sounds like Giants-Eagles and Cowboys-Commanders will both be played in the 4:25 PM time slot on Sunday, per sources.

Also: expect Giants-Eagles on CBS and Dallas-Washington on FOX.

If the Eagles are able to win Sunday, or if the 49ers and Cowboys lose, they’ll clinch the No. 1 seed in the NFC, and home-field advantage throughout the playoffs. If they win or Dallas loses they’ll also be crowned NFC East champions.

New York has nothing to play for as their No. 6 seeding in the NFC has been sewn up, and as such, it should be an easy win for the Eagles who have everything to play for. But you still never know. It could be a wrap by halftime with the starters getting rest, or it could be an unnecessarily tough test. For what it’s worth, Vegas thinks Philly will breeze, handicapping them a two touchdown edge.

The other game of interest for Philly fans, between the Niners and Cardinals will likely kick off around the same time (since it’s a West Coast game), but it could be irrelevant for seeding purposes if Philly takes care of business.

Week 18 will start with a pair of AFC games Saturday, with the Chiefs looking to potentially earn a 1-seed against the Raiders and the Titans battling the Jaguars for the AFC South crown.

With no Monday Night Football this week, Sunday’s night cap swill be between the Packers and Lions — which could determine the No. 7 seed in the NFC — will wrap up the regular season.

The league’s six Wild Card games will be played two weekends from now on Saturday Jan. 14, Sunday Jan. 15 and end with a Monday Night Football playoff game on Jan. 16.

The Birds and Giants will air on CBS and be broadcast on the radio on 94WIP.