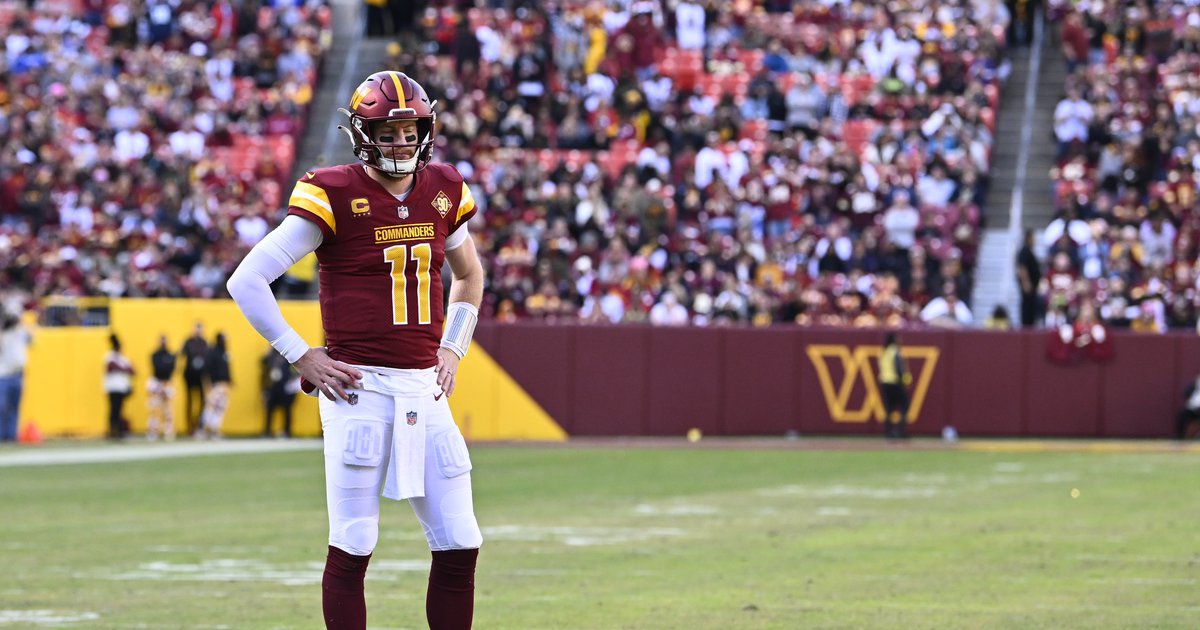 Week 17 of the NFL season is in the books, and for the first time since Week 3 we have a new team in the top spot in the Hierarchy. We also have one new obituary this week, the Washington Commanders.

Commanders (7-8-1): With a 9-6 record heading into their final two games of the 2021 regular season, the Indianapolis Colts were near-locks to make the playoffs, needing only one win over the Las Vegas Raiders or the bottom-feeder Jacksonville Jaguars to punch their ticket to the postseason. Instead, largely due to a pair of bad performances by Carson Wentz, the Colts lost both games and were eliminated.

The loss to the Jaguars Week 18 was particularly devastating, as Wentz completed 17 of 29 passes for 185 yards, 1 TD, and 1 INT, though the numbers didn’t adequately convey how ineffective he was. He also lost a fumble on a vintage Wentz play in which he tried to throw a shovel pass instead of just eating a sack.

It still amazes me that the Colts — revealed this season to be a dysfunctional mess of an organization in their own right — somehow, some way found a way to unload Wentz on another team. As a reminder, in exchange for Wentz the Commanders gave up a pair of third-round picks in 2022 and 2023, as well as a swap of 2022 second-round picks, in which the Colts moved up from pick 47 to pick 42. The Commanders also amazingly took on Wentz’s $28 million salary in full. They gave up all of that despite Wentz having virtually no market, and the Colts having made clear through their words and actions that they did not want him on their roster anymore.

The Commanders struggled with Wentz at the helm to start the 2022 season, getting out to a 2-4 record, when Wentz broke a finger on his throwing hand, landing him on injured reserve. In came Taylor Heinicke, who despite significant physical limitations, led the Commanders to a 5-3-1 record in Wentz’s absence.

In a blowout loss against the Niners last weekend, Ron Rivera yanked Heinicke, and Wentz mopped up, leading to a decision on who their quarterback would be for the final two games of the regular season, and perhaps beyond. They chose Wentz, which honestly, I kind of understood. They had zero chance of making a playoff run with Heinicke, and at least Wentz has an NFL arm. I mean, to be clear, they were screwed either way, but I can see why a team that was stupid enough to spend a couple of valuable picks and $28 million on Wentz would talk themselves into him being some kind of playoff answer.

Unsurprisingly, Wentz faltered in an elimination game, just like he did in 2021 with the Colts. He threw for 143 yards and 3 INTs on 28 pass attempts as Commanders fans at FedEx Field chanted for Heinicke. Beyond the picks, there were throws like this that were all too familiar.

In fairness to Wentz, he may have only choked in merely a “super important game” as opposed to an “elimination game,” since the Commanders didn’t know they could be eliminated this week, lol.

And sure enough, the Packers did indeed win, eliminating the Commanders from the playoffs.

So what’s next for this disaster of franchise? Well, Wentz will almost certainly be released, but Rivera might survive only because Dan Snyder isn’t going to pay out his contract before he sells the team. I think the simple answer for “what’s next” is that even with a sale of the team on the horizon, this team remains the worst franchise in American sports and will probably continue to be that until such a time comes that they’re not. 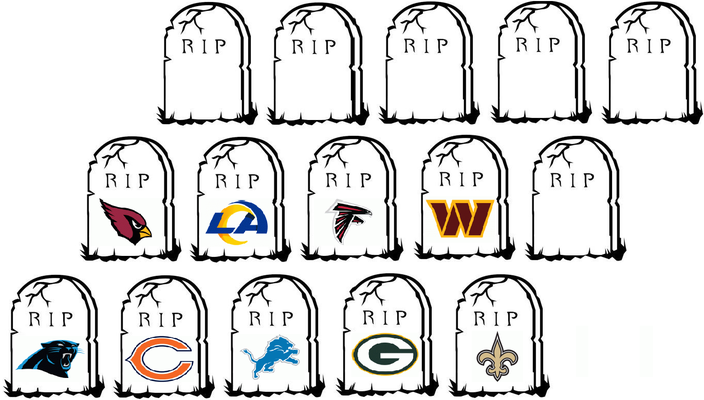 7) Seahawks (8-8): I think this is probably the place once again to update the NFC wildcard race. The Seahawks would be the 7 seed if the season ended today:

However, they do not control their own destiny. I’m not going to attempt to explain the tiebreaker differences between this week and next week, but if the Packers win Week 18 over the Lions, they’re in. Here’s a handy-dandy visual by the great Deniz Selman:

I may be Lazarus’ing Aaron Rodgers next week.

The NFC playoffs are more interesting with Brady participating in them than if Sam Darnold and the Panthers got in. I think the same can probably be said of Rodgers and the Packers instead of Jared Goff and the Lions or Geno Smith and the Seahawks, even if there’s good reason to root Brady’s and Rodgers’ failures.

I mean, how dare the “experts” for doubting the Giants’ playoff odds when they had the literal worst record in the NFL in the previous half decade. OK, that pettiness aside, if the season ended today, the Giants would face the Vikings in the wildcard round, and that is a game I think they could win.

Also, for posterity’s sake, Kayvon Thibodeaux is a scumbag.

And in case you’re under the impression that Thibodeaux didn’t know that Foles was hurt when he did snow angels next to him after injuring him, he retweeted this:

That is some serious tempting of karma.

4) Vikings (12-4): There are seven NFL teams with four or fewer losses this season. See if you can spot which one doesn’t belong:

3) Cowboys (12-4): Cowboys fans heartily celebrated the Eagles’ bad Week 17 loss to the Saints, and I can certainly respect that, but in a weird way, I think Dallas would have been better off if the Eagles had simply won that game. Had the Eagles taken care of business, the Cowboys would have been locked into the 5 seed and would have rested their starters Week 18.

Now, the Cowboys will play their starters in hopes of winning the NFC East, which might be an exercise in futility if the Eagles are able to beat the Giants’ backups on Sunday.

(Of course, this logic goes out the window if the Eagles produce one last huge turd of a game Week 18.)

2) Eagles (13-3): You can bet on the Giants resting their starters Week 18 against the Eagles on Sunday. To begin, the line on that game is either Eagles -13.5 or -14, depending on where you look, and, well, Vegas knows. But also, after some brash, postgame rah rah football guy comments about winning games, Brian Daboll changed his tune a bit when asked on Monday about resting starters:

“We’ll talk about it and do what’s best for the team.”

The Eagles are still probably going to end up with the 1 seed in the NFC, and they may even break some records along the way (like the NFL single-season sack record, for example), but it is all going to seem so lame if it comes against backups.

By the way, if you’re an Eagles fan and you find yourself saying, “YYYYYEEEESSSSSSSSS WE DON’T HAVE TO FACE DANIEL JONES!!!” that’s a bad look.

1) 49ers (12-4): Let’s just be honest. With a nine-game winning streak (likely to be 10 if they can beat the horrendous Cardinals Week 18), the 49ers are playing the best football of any team in the NFC heading into the playoffs.