Mailbag: Pressure is on for the Eagles to perform in the playoffs 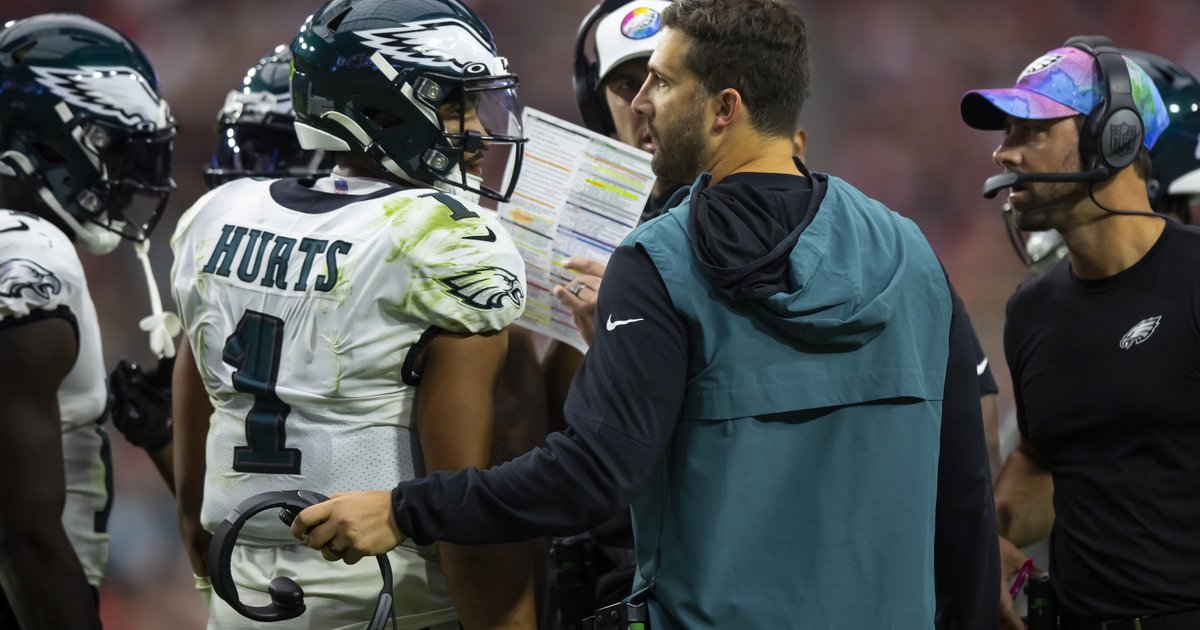 Earlier this week, we solicited questions for an Eagles mailbag via Twitter. Thank you as always for doing half the work for me. This is Part II of a two-part mailbag (Part I here).

Question from @Docd1eSil: Which player or coach has the biggest pressure to perform heading into the playoffs?

There is going to be a lot of pressure on Jalen Hurts, Nick Sirianni, and Jonathan Gannon to perform in the playoffs. That’s just Philly.

I think that if Dak Prescott (1-3 playoff record) or Lamar Jackson (1-3) or Andy Dalton (0-4, back when he was the Bengals’ franchise QB), or even Matt Ryan (in Atlanta) were quarterbacks in Philly they would be facing far more scrutiny than they do/did in their respective cities. Hell, Donovan McNabb got the team to the NFC Championship Game four consecutive years and still got all kinds of heat. This city is very impatient with playoff failures.

The same can also be said for Sirianni and even more so, Gannon. If the Eagles play a decent quarterback in their first playoff game, and their secondary gets picked apart the way they did in Dallas, Gannon is going to be persona non grata in Philadelphia.

The Eagles’ heightened success in 2022 is of course a great development for Hurts, Sirianni, and Gannon, but with it also comes higher expectations, fair or not.

Question from nvuono: How upset are Giants players going to be if Jalen Hurts doesn’t play against them in the finale that may wind up being a must-win game for them?

Ha, there are actually scenarios in which either or both of these teams could rest starters.

My bet is that the NFL would love to see both the Eagles and Giants lose today, which would set up a meaningful game Week 18 both between them as well as between the Cowboys and Commanders.

Question from @SwillowBee: What playoff bubble team should the Eagles be most concerned about playing in the divisional round, assuming they get a bye?

The four teams that are in are the Eagles, Vikings, 49ers, and Cowboys. The NFC South will be won by the Buccaneers, Panthers, or Saints, but none of those teams will get in as a wildcard.

That leaves the Giants, Commanders, Seahawks, Lions and Packers fighting it out for the final two wildcard spots. Their chances of getting in are as follows, per FiveThirtyeight.com and the New York Times:

I think that any of these teams would be an ideal first-round opponent for the Eagles, but I would rank them like so, from most ideal to least ideal:

Question from @BenjaminEnck: If the Eagles lock up the 1 seed this week, do you think they will finally let Trey Sermon play against the Giants?

My projected Eagles starting lineups Week 18 against the Giants if they beat the Saints Week 17:

Question from @ChrisLuvGoBirds: Has Kyzir White’s play fallen off as the year has gone on? He looked very good first month of the season, but not so much of late (from my couch).

I think he has been fine, for the most part. While he has not produced much in the way of splash plays, he is typically in the right place, and a solid all-around linebacker. I do think he had a bad game on Christmas Eve against the Cowboys, and needs to bounce back from that.

Question from @TREaglesFan: Are the Eagles training Zech McPhearson and/or Josh Jobe to play the slot?

McPhearson is what I’ll call the “outside CB3.” He would be the first guy off the bench if Darius Slay or James Bradberry were to go down. That was his role last year as well, and I thought he mostly played well.

If you go back and read any scouting report of McPhearson from the 2021 draft, they usually note that he has inside-outside versatility, but the Eagles have not asked him to play extensively in the slot in a real game yet. He is a smart kid, and in my opinion would have no trouble picking up the mental side of slot play in the NFL. He has to be better than Josiah Scott, right?

If the Eagles re-sign Bradberry or add some other starting outside corner to the mix, the Eagles should probably consider cross-training McPhearson so that he can play both spots. It’s been somewhat surprising that McPhearson hasn’t gotten a shot in the slot given Scott’s struggles.

Question from @cocoeagles88: Quez Watkins has incredible speed, but he had a disappointing game last week. Was his performance an indictment on his skills or was it just one bad game?

His skills are fine. He has speed, his hands are fine, and when he is aggressive he can win some contested catches. His problem in recent weeks (most notably against in Dallas and Chicago) is that he has run some truly awful routes that have led to interceptions.

If he had dropped a few passes, I think that would be less concerning. But Watkins’ issue the last two games is that lazy routes have led to interceptions. If he is not getting to the spot where the quarterback expects him to be, it’s only human nature for the quarterback to lose trust in that receiver. It’ll be interesting to see how Watkins responds.

Question from @TARiley: Are they even giving a timetable for Robert Quinn to return? Even if he does, he’s cooked right?

I don’t think anyone has asked, honestly. It’s tough to say if he’s cooked, because his production from year-to-year has been wildly inconsistent. One year he’ll have two sacks, the next he’ll have 18. This has been a down year, not just in Philly, but also in Chicago before he got traded.

Whenever Quinn is healthy, it’ll be hard for the team to find a role for him, because doing so would take guys like Josh Sweat, Brandon Graham, or Haason Reddick off the field, and I wouldn’t be inclined to do that in obvious passing situations if I’m the Eagles, when all three players are red hot.

Question from @Kyle_Sch_: I know Eagles fans have been taking victory laps on the Saints’ first-round pick. But since the Eagles have a real shot of winning the Super Bowl, should they have not done that trade in hindsight and used all available resources for this year?

Well, one of those picks was used for an immediate impact player in A.J. Brown, who may very well be an All-Pro this season.

But beyond that, they absolutely should have done that trade 100 times out of 100.

Question from @Cumbleton: Will the Eagles draft a quarterback in the late rounds this year?

We (as in, the media) didn’t get any sort of look at Ian Book in the Eagles’ offense during training camp, and we don’t get to watch practices during the regular season anymore, so I can’t really say what they have in him and whether or not he is a potential No. 2 quarterback going forward.

My sense is that the Eagles would probably like to have a solid veteran No. 2 if they think they’re going to be Super Bowl contenders in 2023, and depending on how much they like Book, they could draft a developmental No. 3.

Question from @JustinF_89: How many pounds of macaroni and cheese have you eaten this week?

In case you missed it, the Cowboys sent me 10.6 pounds of their famous mac and cheese. I heated some up for the review that I wrote on Thursday, and then I had a big pile of it with dinner on Friday. I’d guess I’ve eaten about a pound of it so far. I also gave some to my sister and my brother-in-law (who I think were maybe a little skeptical of the hype), but after sampling it they acknowledged how good it is, even threatening to rob my home.