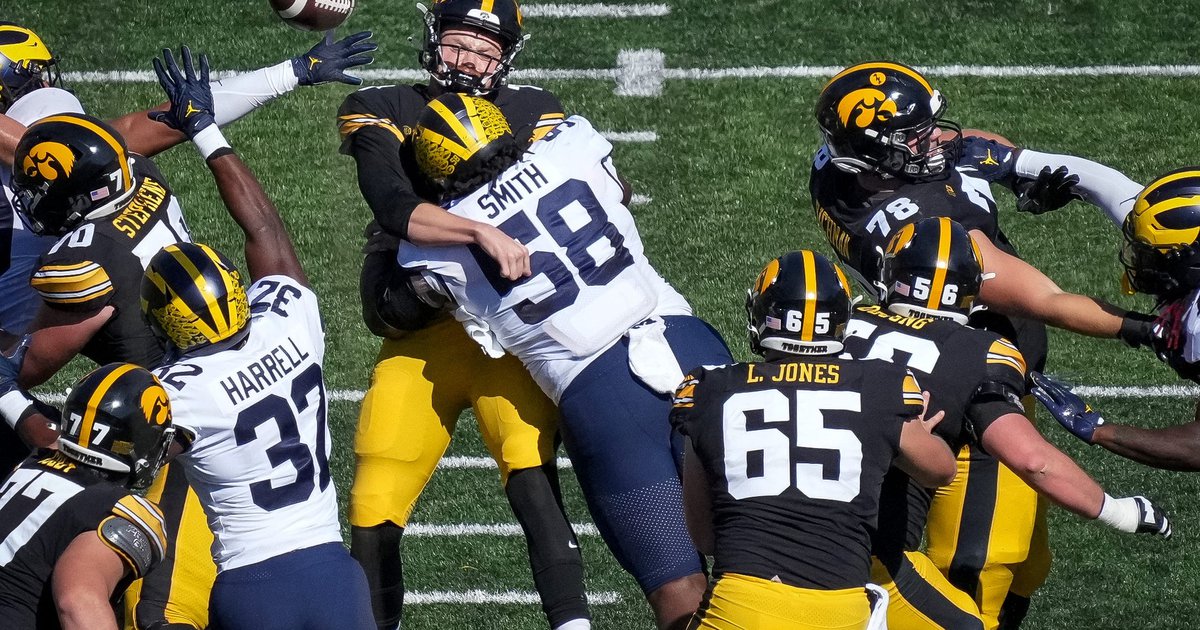 Ricks was a playmaker out of the gate as a true freshman for LSU in 2020, when he had 4 INTs, including 2 pick-sixes. He has great length, and uses it to his advantage in press coverage. He is also always on the lookout for opportunities to make big plays on the ball. A look at his freshman season:

Ricks transferred to Bama after the 2021 season, and it did not go as he had hoped. He was a backup under Nick Saban, and was unhappy with his role, posting a picture of himself in his old LSU uniform on Instagram. He would eventually get into the starting lineup and play well. For example, against Mississippi State:

Ricks has talent, but his personality will be under the microscope during the draft process.

Brents is a lesser-known CB prospect in the 2023 draft class, but he’ll probably go Day 2 because he has some ball skills (4 INT in 2022), he’s a physical tackler, and he has extreme length.

Not many players with the length of Julius Brents.

Brents first got on my radar when watching TCU-KSU earlier this season. He was often tasked with covering likely first-round WR Quentin Johnston. Brents won some, lost some in that game, but he had a pick, a forced fumble, and a couple of pass breakups.

There are an abnormal number of tall cornerbacks in this draft, and the Eagles will do a lot of work on them, especially if James Bradberry leaves in free agency.

Vaughn is a 5’6 running back with very good college production. Over the last two seasons, he has racked up 2829 rushing yards and 846 receiving yards on 91 receptions. Fun player to watch:

Will it translate to the NFL? To be determined. The Eagles have of course employed these types of running backs in recent years, notably Darren Sproles, Donnel Pumphrey, and Boston Scott, with varying levels of success. Vaughn is a Day 3 guy. We’ll call this a “popular request” review.

Smith is a huge, run-stuffing nose tackle in the middle of Michigan’s third-ranked run defense. He was ranked No. 1 on Bruce Feldman’s “freaks” list this year.

His former teammate, Aidan Hutchinson, almost was our top guy in 2021, but this year a Wolverine is the No. 1 Freak in college football. The 6-foot-3, 337-pound senior has rare power and agility. So rare, in fact, it’s hard to find the right superlative to begin with. But let’s start with this: Smith does 22 reps on the bench press, but that’s with 325 (not 225). He close-grip benched 550 pounds. He vertical-jumps 33 inches. He broad-jumped 9-4 1/2. Smith, who had 37 tackles last season, has clocked a 4.41 shuttle time, which would’ve tied the best by any defensive tackle at this year’s NFL Scouting Combine, and it would’ve been better than any defensive tackle weighing 310 pounds or more in the past decade. His 6.95 3-cone time would’ve been by far the fastest among defensive tackles in Indianapolis. The fastest was 7.33. Smith’s 60-yard shuttle time is 11.90.

This is pretty nuts for a 330-plus pound guy:

Smith doesn’t have impressive stats, and he had a concerning arrest this year that teams will need to do homework on, but he is a physical beast with obvious speed and power traits.

The Eagles love them some athletic specimens on the interior of the defensive line. See Jordan Davis and Milton Williams. I imagine Smith is very much on their radar.

Jones was a five-star high school recruit (5th overall Rivals, 9th overall ESPN) who has been Georgia’s starting LT for the last two seasons. It’s easy to see Jones’ blend of strength and athleticism, as he is a bulldozer in the run game and a seek-and-destroy missile in the screen game, as shown here, here, and here.

He has also not given up a sack all season, according to a few folks on Twitter, though that’s subjective stat. Some pass pro highlights here:

While Jones hasn’t played guard, there is little doubt that he can, given his ability to move bodies in the run game and anchor against power. In my opinion, he is a “guard of the present, tackle of the future” candidate for this Eagles offensive line.