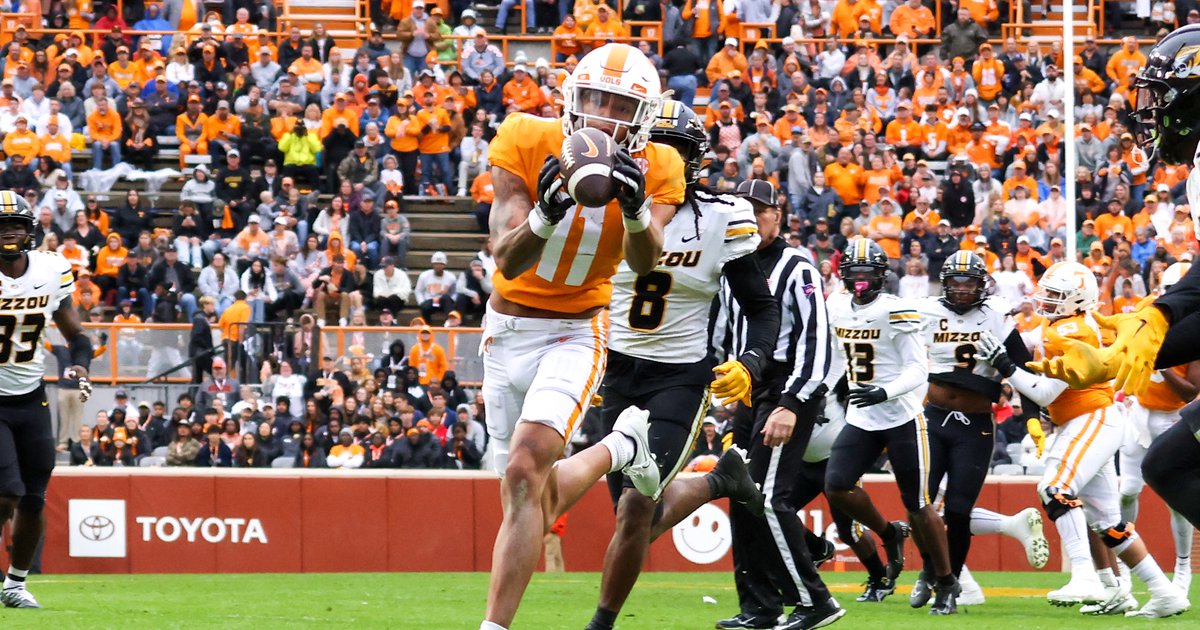 Since we did not profile any prospects last Saturday because the Eagles were playing, here’s a mid-week bowl game edition.

Wait, why would the Eagles draft a center when they already selected Cam Jurgens to be Jason Kelce’s successor in the second round of the 2022 draft? Well, in case you hadn’t noticed, that’s sort of their M.O. They have drafted college centers Isaac Seumalo, Landon Dickerson, and Jurgens despite employing the best center in the NFL.

Schmitz is a nasty run blocker who consistently puts opposing defensive linemen on the ground. The following is a highlight reel of RB Mohamed Ibrahim, but it may as well just be a highlight reel for Schmitz as well. Watch him execute difficult reach blocks, and move defenders with power (he’s No. 60).

Schmitz originally enrolled at Minnesota in 2017, making 2022 his sixth college season. In other words, he’s old. So that’s the downside. Still, if the Eagles lose Seumalo in free agency, Schmitz is a player whose game could easily translate to guard in the NFL. Perhaps the Eagles simply like their guards to have center intelligence? If so, Schmitz could be another iOL with a center background to add to the collection.

Robinson is a versatile playmaking safety / slot CB hybrid who leads the Seminoles with 86 tackles. In 2021, Robinson had 84 tackles, 4 INTs, and a pair of forced fumbles. A look:

Even if the Eagles are able to re-sign Chauncey Gardner-Johnson and Marcus Epps this offseason, they could still use another depth player who can play safety and slot corner, since Avonte Maddox has struggled staying on the field. And if either Gardner-Johnson or Epps leave, that’s all the more reason to add to that spot.

Johnson has had an interesting college career. He was originally recruited as a quarterback, but moved to running back after Texas suffered a number of injuries there prior to the 2019 season. He had a good freshman season, but lost carries in 2020 and beyond after Bijan Robinson arrived at Texas and became the clear lead back.

Johnson is a big, powerful back at 6’2, 222, and a skilled receiver out of the backfield. He is also thought of as one of the best pass-protecting backs in college football.

Texas recognized the need to get Johnson on the field, even with a star player like Robinson at running back, so they lined him up all over the formation and found creative ways to use his skills as a lead blocker and as a receiver. Johnson is thought of as a smart, unselfish player who might have put up bigtime rushing numbers at another program. Here’s a play in which he smashes a DE, and then makes a 25-yard reception:

Plenty of attention goes to Texas RB Bijan Robinson but don’t overlook RB 2 Roschon Johnson. Listed at 6-2 & 222 lbs., he’s a former QB that converted to RB. Competed in track & field in HS, had a 400m PR time of 55.83 seconds. Watch him chip the DE & run after the catch. #HookEm pic.twitter.com/SZna5MIBDV

The Eagles could use more depth at running back, regardless of Miles Sanders’ fate with the team this offseason, and Johnson does a lot of little things well.

Banks had just 1 INT and 3 pass breakups over his first three seasons (16 games) at Maryland, but he is being thought of as a breakout player this season with 8 pass breakups and a pick. At 6’2, 205, Banks is a long, physical corner with sticky man-to-man coverage abilities. He’s No. 3 at the bottom of the screen:

Maryland CB Deonte Banks is another name to know in the 2023 NFL Draft CB class.

Had 1 INT and 8 PBUs before declaring early. Smooth athlete with quick twitch at 6’2″, 205 pounds. Love the response to stimulus and adaptability he shows here. Makes a play at the catch point, too. pic.twitter.com/p0g9IUIHke

It’s a pretty good bet that the Eagles are going to do a lot of work on the bigger corners in this class if they do not re-sign James Bradberry.

Wide receiver is no longer the glaring need it has always been for the Eagles. However, if the right player were available in the right spot, it’s fun to imagine the “super offense” the Eagles could build.

Hyatt had a breakout season out of the slot for Tennessee this season, catching 67 passes for 1267 yards (18.9 PYC) and 15 TDs. He is a speed receiver with deep ball tracking skills and run after catch ability. A look:

Imagine adding that dude to the slot, along with A.J. Brown, DeVonta Smith, and Dallas Goedert. How would opposing secondaries cover all those weapons? I think a player like Hyatt is at least worth consideration at the back end of the first round if he’s available.