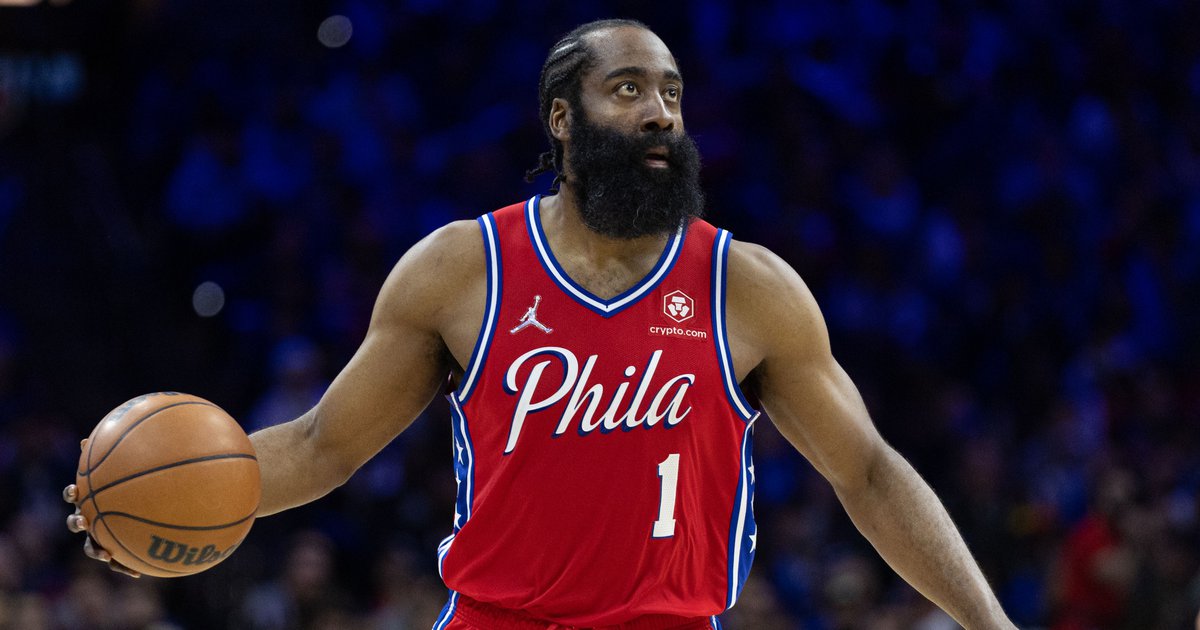 The Sixers continuing a win streak and being a normal basketball team on Christmas wouldn’t have been on brand for the team. So in the lead-up to their matchup with the Knicks, we got a bombshell from ESPN’s Adrian  Wojnarowski: James Harden is seriously considering a return to the Houston Rockets next summer.

This cranky writer can only say, “Oh brother” as an immediate response. Here are some of the details from Wojnarowski’s report:

All-Star guard James Harden is seriously considering a return to the Houston Rockets in free agency this July — if he decides against a new deal with the Philadelphia 76ers, sources told ESPN.

Harden and his inner-circle have been openly weighing Houston in recent weeks and months, sources said, a remarkable possibility given that he requested and received a trade out of the franchise less than two years ago.

His future with the 76ers remains a fluid proposition, one that’s been buoyed with seven straight victories on the way into a Christmas Day meeting with the New York Knicks (noon ET on ABC and ESPN). Harden is on a winning and productive roll with All-NBA center Joel Embiid, and the state of that partnership and the Sixers’ postseason success could well be telltale factors in how Harden proceeds past this season. Experiencing a deep playoff run in a rabid, hungry Philadelphia marketplace could positively impact his thinking — just as the fallout of an early exit could too.

For all of Harden’s history and connection with Sixers president of basketball operations Daryl Morey and CEO Tad Brown, his working relationships with Embiid and coach Doc Rivers resemble something closer to a work in progress. The Sixers gave up significant assets to acquire Harden and he’s expected to remain a priority to re-sign on a new deal for a second consecutive summer. (ESPN)

Here is my understanding of the situation on Philadelphia’s end — this has not changed anything, and they are not surprised at the idea that Harden could have options in the summer. The Sixers are going to continue this season with Harden and Embiid as the lynchpins of the team, and they are hopeful they’ll be able to secure his commitment long-term once the season is over.

If Harden decides to leave the Sixers to go back to Houston, one of the worst teams in the league with few prospects to compete in the immediate term, you’d just have to laugh at all the claims he has made about putting winning first and adamantly seeking championships. He is certainly allowed to prefer one place or another for a multitude of reasons, from comfort to money to any old reason he could pick under the sun, but going to a Rockets team far away from success would certainly not match his public assertions about what drives him.

As Wojnarowski gets into elsewhere in his story, there are definitely factors to consider beyond basketball for Harden in Houston. He maintains a home there and returns there frequently throughout the offseason, and the bonds he built over his time there are as real as it gets. He was celebrated as something close to a hero in Houston for reasons on and off of the floor, and that’s something that will only come in Philadelphia if he and Embiid manage to win together here. He has neither the longevity nor the on-court impact to earn that sort of love with the locals here yet, though all intel suggests Harden has enjoyed the experience in Philly so far.

The hope, obviously, has always been that this season and playoff run would cement everyone’s bonds, as this is the run the Sixers have built this team for. Lately, the Sixers have been on an absolute roll, and the timing of the report — on Christmas Day, on the heels of the Sixers’ best win of the season — makes your mind go to the most cynical places possible. There’s no better way to say, “You’re going to have to pay me the full boat” than leaking that you’d potentially leave in free agency on the biggest day on the NBA’s regular season calendar.

The on-court product has never been better than Harden and Embiid’s dominant effort against the Clippers, but as I try to remind fairly often in this space, there’s also a difference between something working well and the players actually liking how it is working. Prior to the broadcast of Sixers-Knicks on Christmas, Embiid gave a TV interview to ESPN’s Cassidy Hubbarth where he noted that Harden is evolving into a different role entirely.

“I think he’s in a position of his career where he has to be more of a playmaker, and you can see by the numbers,” Embiid said to Hubbarth in the interview televised on Sunday. “This year, he’s probably going to lead the league in assists.”

It’s that phrasing, “has to,” that makes you pause for a moment. On the other half of the partnership, we’ve seen Embiid bristle in the past at the idea of being a pick-and-roll heavy big, something he had the skill to be but not necessarily the desire until recently. The tail end of Wojnarowski’s article makes you pause for a second and rethink what you think you know about Harden’s happiness as more of a table setter, though it’s fair to note it’s a role he began to embrace at his previous stop in Brooklyn, too.

There are long-term concerns as a result of this bombshell, as you have to consider where the Sixers would be left if Harden decided to simply walk out in the offseason. But there are also real short-term things to think about before you get there. For example, the re-integration of Tyrese Maxey is a huge priority for Philadelphia in the weeks and months to come, but if you’re in fear of Harden walking this summer, the need to further bring along Maxey as a solo ballhandler leading different units only increases. In a future where Harden walks, the Sixers need to protect themselves against the possibility that their biggest creative talent could walk out the door. If you’d ask Doc Rivers, I would imagine he would simply plow through this and try to keep things as steady and normal as possible, crossing the bridge of free agency when they get there. But as an organization, the Sixers probably can’t approach it that way.

(Speaking of Maxey, if Harden leaving is even a semi-possibility, any potential trade involving Maxey becomes something close to a non-starter unless it returns a face-of-the-franchise type guard locked up for the long-term and within their physical prime. A Maxey trade was exceedingly unlikely anyway, and from what I’ve heard so far in the rumor mill, the Sixers aren’t especially close to any moves at the moment.)

Anyway, Merry Christmas to everybody, I guess. Try not to get too worked up about something that we have seven months to pick apart, and enjoy your time with your families. We’ll dive more into this as soon as we can.

This story is developing…