Tyrone Johnson: This time, Cowboys fans have no excuse… 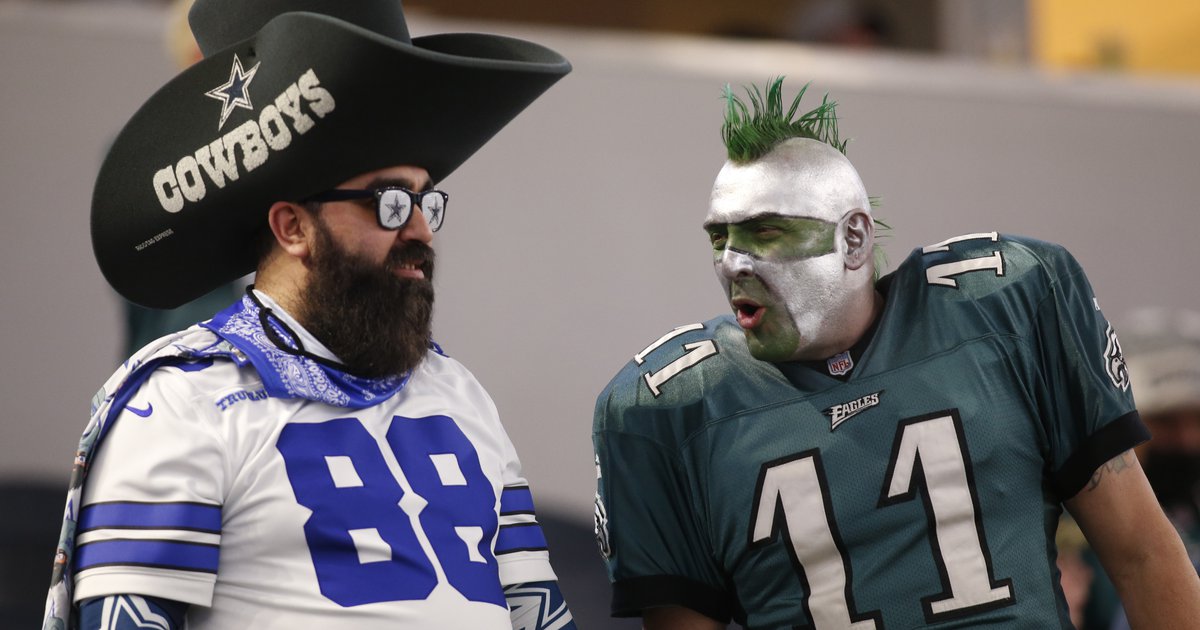 I, like all Philadelphia fans, am very happy that we dodged a bullet with the Jalen Hurts injury. It is not long term it appears, and he was able to finish the victory in Chicago that got the Eagles to 13-1 and one game away from clinching home field.

How many of us have heard the excuses from the Cowboys fans who unfortunately walk among us that the Eagles only won the first meeting because “they played a backup quarterback?” They have been holding on to that despite the fact they have in-house issues with their own team that they should be worried about. Those issues showed up again last week when they blew a big lead to the Jaguars, making the game this week less meaningful.

I wrongly assumed that these “fans” would humble themselves this holiday season, but I forgot that I wasn’t dealing with normal humans. They have instead doubled down on nonsense. Local Cowboys fans are puffing out their chests because Hurts sustained a sprained shoulder.

Well Cowboys fans, Gardner Minshew will be the starting QB Christmas Eve in Dallas against the Cowboys. That means that using your own “logic,” you are destined to beat the Eagles. They have Dak Prescott back and the Eagles are now playing their backup QB. The problem is, the Cowboys this season have lost to teams far worse than the Eagles — even without the league MVP Hurts.

The Eagles officially have eight Pro Bowl players, Jalen Hurts, Jason Kelce, Lane Johnson, A.J. Brown, Miles Sanders, Landon Dickerson, Haason Reddick and Darius Slay. Javon Hargrave was a big snub and James Bradberry has a strong argument. It is criminal that C.J. Gardner-Johnson was left off the ballot despite still leading the NFL in interceptions. Dallas Goedert was a lock before missing five games due to his shoulder. The Birds have 12 pro bowl calibers players on the roster and it backs up their 13-1 record.

The Eagles are the superior team. Of course, Hurts makes a huge difference, but the Eagles are talented up and down the roster. If the Cowboys fans would just say that, it would be easier for them to deal with. Instead, they almost gloat that they get a chance to face the Eagles without their QB.

That is why the Cowboys are my least favorite team in all of sports and why we all need the Eagles to ruin their Christmas. Their fans are never realistic and are always annoying. You would think the yearly humiliation would make them more bearable, but nope.

Think about what it takes to be a local Cowboys fan. You have to live and work around a bunch of people and actively root against them all the time. You are the type of person that intentionally takes the opposite side in every argument, no matter how preposterous just to have a “balanced argument.”

(Example: I know a person in real life that suggested Bobby Brown was really the king of R&B and dismissed Luther Vandross.)

These people live in our town. They are the ones who drive too slow in the left lane. They have a Cowboys jersey, a Lakers jersey, a Yankees jersey, a Duke jersey, and a Notre Dame jersey all framed in their house.

If the Cowboys lose to the Eagles Saturday without Hurts, it will be the final time we should have to hear from these people. I recognize that the fans will fight harder than their team ever does, but this should be the end for a long while.

ESPN has been hyping them all year despite the evidence being counter to their narrative. Let’s see the “real” Cowboys Saturday, because if they don’t win in this situation, Nick Sirianni and the Eagles are going to own them for a very long time.