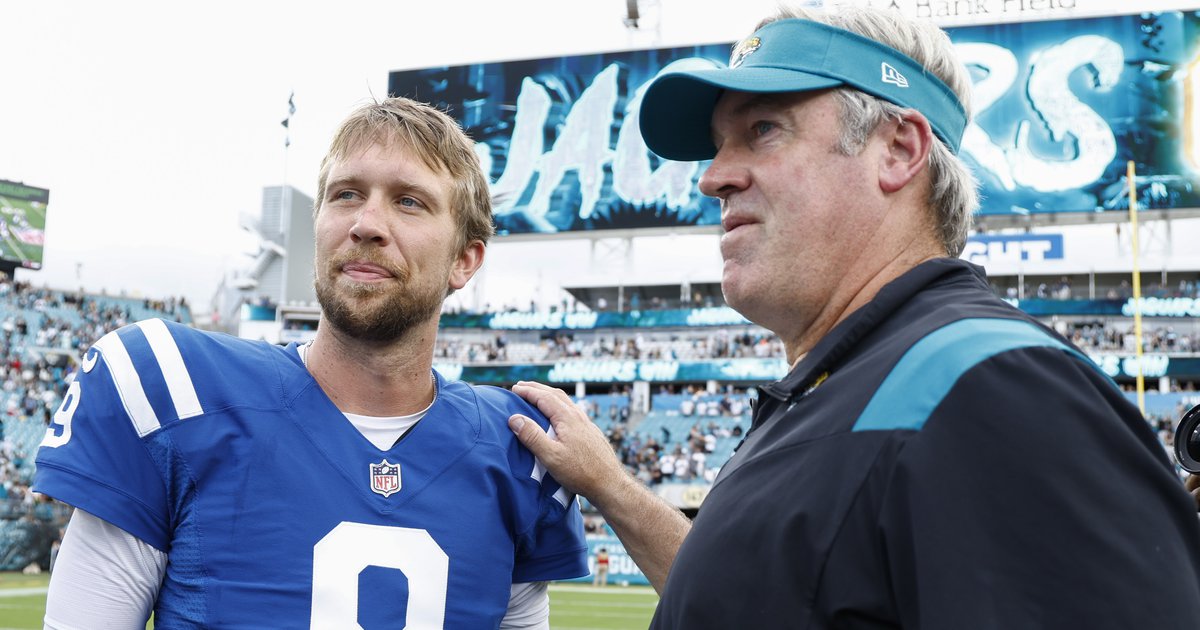 It only took one quarterback with connections to Philadelphia to falter for another to take his place. The Indianapolis Colts, after blowing literally the biggest lead in NFL history this past Saturday, are benching Matt Ryan for Nick Foles:

Foles, if you’ve been in outer space for the last half-dozen years and have just returned to this planet, led the Eagles on a miraculous run to the Super Bowl during the 2017 season, turning in one of the greatest performances ever in the Big Game, winning MVP honors along the way.

Foles has bounced around in his time since leading the Birds to yet another unlikely playoff run in 2018, signing a big deal with Jacksonville that offseason before losing his job to, coincidentally, current Eagles QB2 Gardner Minshew. Foles moved on to Chicago after that, starting 8 games across the 2020 and 2021 seasons for the Bears with a record of 3-5. During that 2020 campaign, Foles did what he does best: he beat Tom Brady in a nationally televised game after captaining a game-winning drive late in the fourth quarter. Old habits die hard, huh?

Foles, who turns 34 next month, has seen action in just one game this season, taking two snaps and throwing zero passes in the Colts’ Week 2 loss to the Jaguars. Jacksonville’s head coach, of course, is Doug Pederson. The six degrees of separation never end with this guy!

Eagles fans will luckily be able to tune into the Colts’ Week 16 game. Indy hosts the Chargers on Monday Night Football on Dec. 26. The game will air at 8:15 p.m. on ESPN. As it stands, the Chargers are four-point favorites, but if Foles’ career has taught the football world anything, it’s to not count him out.