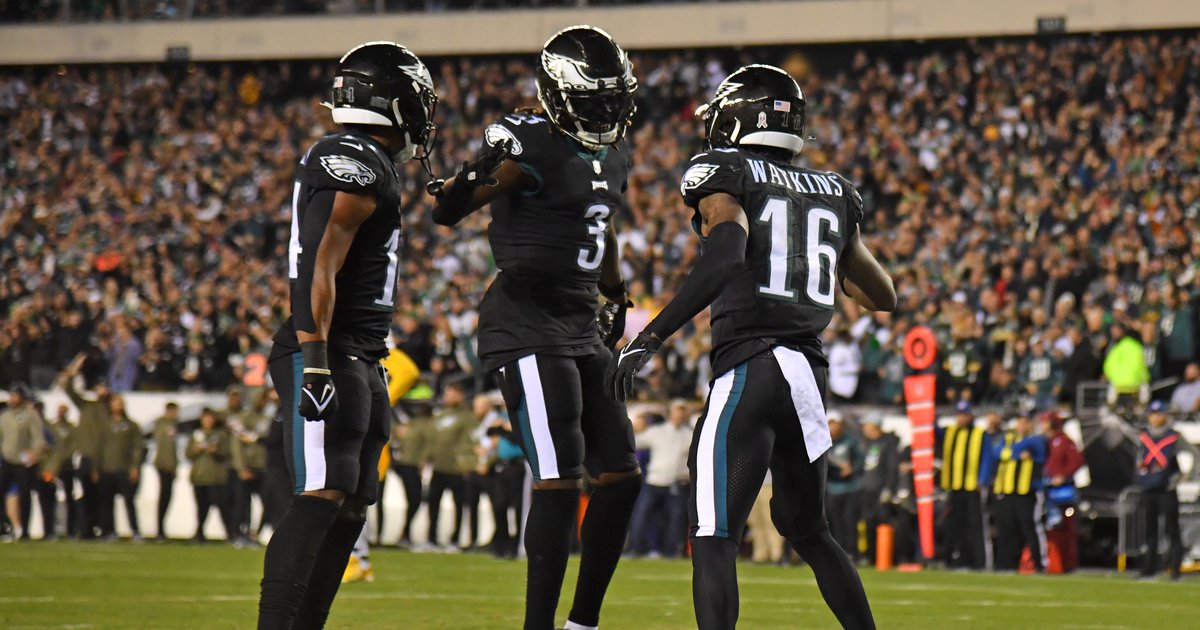 Forget red and (midnight) green. This holiday season will see the Eagles wear their all-black uniforms against the Cowboys on Christmas Eve.

The team had previously announced the schedule for their new black helmets this season, which included November’s Monday Night Football game against the Packers, this Dallas matchup and a home game against the Saints on New Year’s Day. Now, we know they’ll rock the all-black look down in Texas:

According to some great research from Philly media staple Bob Vetrone, the Eagles have never worn their black jerseys for a road game before. They stared donning black pants with white jerseys on the road beginning last season under Nick Sirianni, but this will be the first all-black look ever away from Lincoln Financial Field. The Eagles began wearing black jerseys (with white pants) during the 2003 season, their first at the Linc.

The Eagles have not lost a game in their black jerseys since Week 10 of the 2018 season. That game, coincidentally, came against the Cowboys.