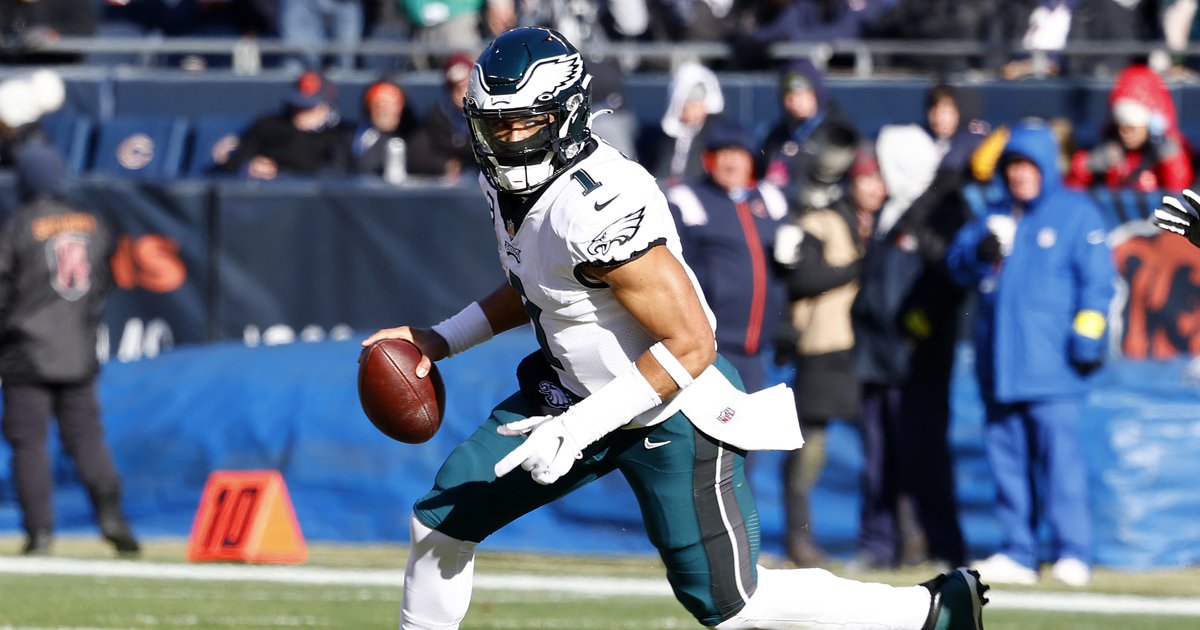 The Philadelphia Eagles have some drama on their hands in the injury department, as Jalen Hurts is trying to get well after suffering a sprained right shoulder against the Bears. The Eagles’ Week 16 opponent, the Dallas Cowboys, have some injury concerns along their offensive line and at cornerback.

• Hurts sprained his shoulder against the Bears, in case you’ve living under a rock. Nick Sirianni said on Tuesday that there is a “chance he can play this week.” Of course, that is exactly what a coach would say if he wanted the opposing team to feel the need to prepare for two different quarterbacks.

• Minshew is in Mississippi, attending the funeral of Mike Leach, his college coach.

• Blankenship practiced in full, which is a good sign that he’ll be able to start at safety on Saturday.

• DE Robert Quinn (IR – Week 14): The Eagles traded a fourth-round pick for Quinn at the trade deadline, hoping that he could add some juice to their pass rush in a role reminiscent of Chris Long’s in 2017, or Ryan Kerrigan’s in 2021. So far he’s been more like Kerrigan than Long, as he has just 2 tackles and 2 QB hits with no sacks in five games.

• P Arryn Siposs (IR – Week 15): Siposs collected a loose ball after a blocked punt and was injured while trying to run for a first down Week 14 against the Giants. The Eagles signed 15-year vet Brett Kern to the practice squad to replace him.

• The player to watch from the list above is Vander Esch, a starting LB who played five snaps against the Jaguars, and missed the rest of the game.

• RT Terence Steele (IR): Steele was the Cowboys’ starting RT. He tore an ACL and MCL against the Houston Texans Week 14, and is done for the season. The Cowboys felt comfortable enough with Steele as their starting right tackle to let La’el Collins go this offseason, and Steele rewarded them with solid play. With Steele out, the Cowboys played Tyron Smith for 54 snaps and Jason Peters for 21 snaps at RT Week 15 against the Jaguars.

• CB Anthony Brown (IR): Brown tore an Achilles Week 13 against the Colts, and his season is over. While Brown is not an ideal CB2, he was the best option they had. Brown was replaced in the lineup by DaRon Bland, with Kelvin Joseph coming in as the nickel.

• CB Jourdan Lewis (IR): Lewis was the Cowboys’ starting slot corner. Like Brown, Lewis was far from a star player, but the Cowboys thought he was their best option in the slot. Obviously, Dallas is thin at CB, which has to be their most concerning matchup against an Eagles offense with A.J. Brown and DeVonta Smith.

• DT Johnathan Hankins (IR): The Cowboys acquired Hankins from the Raiders at the trade deadline. He immediately became part of their defensive line rotation, and even started three games. He suffered a pectoral injury and landed on IR.