Eagles over/unders: How many yards will Jalen Hurts and Justin Fields rush for? 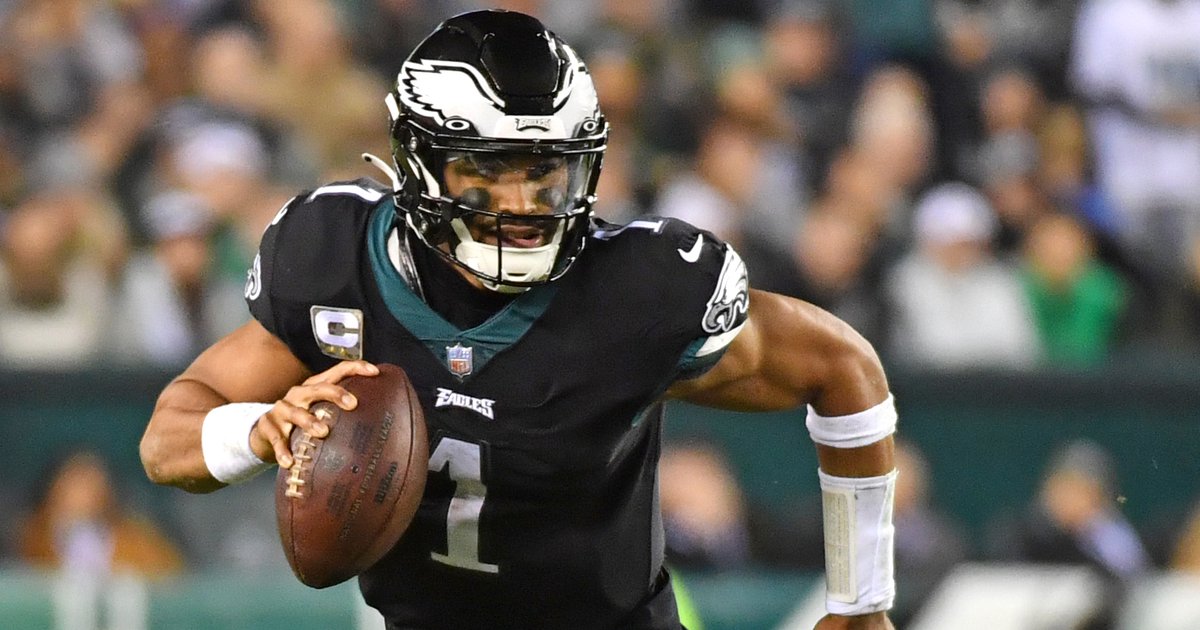 Bundle up! It’s going to be a cold one in Chicago on Sunday for the Eagles-Bears matchup. By kickoff, the temperature will be 25 degrees with about 14 mph winds. I’m anticipating a whole lot of rushing yards given the presence of Jalen Hurts, Justin Fields and Miles Sanders.

Ahead of the game, I’m going to run through some over/unders for the game. Some are legit, some are goofy. These are not actual lines from a sportsbook (duh). I just made them up to have some fun as everyone in the city awaits this next step of the Eagles’ run to the postseason.

Let’s get after it…

In my NFC East roundup this weekend, here’s what I had to say about Hurts and Fields:

Fields and Jalen Hurts have been the two most dynamic quarterbacks in the league this season in the ground game. Fields already broke the single-game regular season rushing record for a QB this year (178 yards against Miami). Hurts’ 157-effort back against the Packers is the fourth-most ever in a regular season game for a quarterback.

With Lamar Jackson’s injuries hampering him in 2022, there are no two QBs more primed to top 100+ yards on the ground than these two. While I don’t expect each of them to do that this week, both of them going for 75+ a piece feels pretty reasonable.

I can foresee a scenario where the Eagles are cruising and force Chicago to throw the ball way more than they want as the game wears on. Given how bad the Bears’ offensive line and receivers are (plus how good this Eagles pass rush is), that might result in Fields scrambling and running for his life rather than him chucking the ball down field desperately trying to get Chicago back in the game.

On the other side of things, an early Eagles lead will have the Birds running the ball down the Bears’ throats and we all know Hurts is the most integral aspect of the team’s ground game. In a blowout against the Giants, Hurts went for 77 yards. That sounds apt for Sunday.

Sanders has broken his career-high rushing total three times in 2022 already. He ran for 134 yards against Jacksonville then 143 yards against Green Bay before besting that in North Jersey with 144 last weekend. It’s been a monster year for Sanders, as the Eagles have been able to replicate the success of their historic 2021 rushing attack while combining that with one of the league’s best passing offenses.

After dealing with some injuries and fumbling issues the last couple of years, Sanders is without a doubt playing the best football he ever has a pro.

Will Sanders have yet another career high in Chicago?

I say no, but as someone who was more skeptical of Sanders’ production coming into this year than most, Sanders has proven me wrong time and time again in 2022.

Eagles-Bears will have Joe Davis, he of “the swing of his life” fame, and Daryl Johnston on the call for FOX. Will they mention one of the best Eagles players ever and his ties to the Windy City?

The immediate inclination may be to say “no” here, but I’m not 100 percent positive on that.

ESPN did a phenomenal story on the Eagles’ history of Black quarterbacks a few weeks back given how great Jalen Hurts has been this season. That segment featured former Birds QBs Donovan McNabb and Michael Vick as well.

Perhaps the FOX broadcast will want to refer back to that or they may showcase some highlights from the Eagles’ 2001 NFC Divisional Round playoff win over the Bears in Chicago.

That was a fun one:

Donovan McNabb putting the Eagles offense on his back in the 2001 Divisional Round vs. a Bears defense that gave up an average of 12.7 points/G that season.

I was eight-years-old that season. It was the first Eagles season I have concrete memories of watching. I was in awe when McNabb dunked a football on a goal post following a touchdown run. I thought I was watching the Eagles move their way to a Super Bowl win. Little did I know the pain I was in for the next 15+ years. 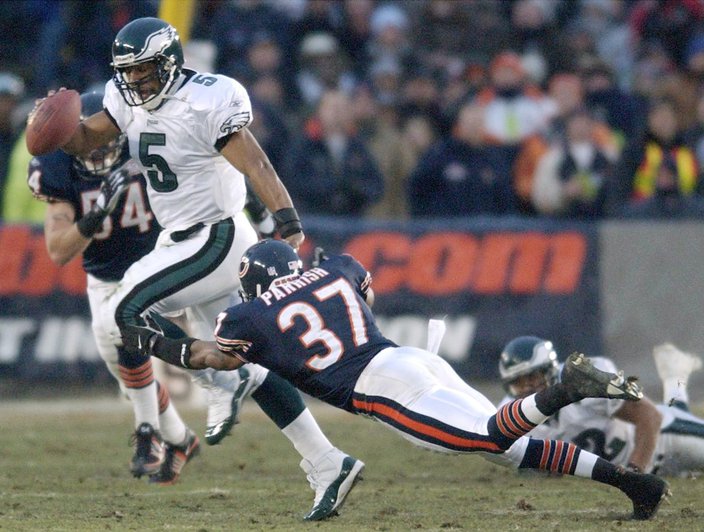 Last week in the Meadowlands, the Eagles recorded seven sacks. The week prior against Tennessee, the Eagles had six sacks. It’s been a revitalized season for this team’s pass rush following a disappointing 2021 that saw them have the second-fewest sacks in the league despite having a big-name and big-money defensive line. That’s no longer the case for Jonathan Gannon’s defense in 2022.

The Bears have allowed 42 sacks this season, the fifth most in the NFL. That’s partially due to a decrepit offensive line unit and partially due to Fields’ style as a scrambling QB. Conversely, the Eagles have the most sacks in the NFL (49). It’s a matchup made in hell for Chicago’s o-line and one made in heaven for the Birds’ stable of talent pass rushers.

No team in NFL history has had four players record at least 10 sacks in a season. The Eagles have a chance to be the first. Haason Reddick is at 10. Brandon Graham is at 8.5. Javon Hargarve has 8. Josh Sweat has 7.5. It’s not going to all happen on Sunday afternoon, but a game against a weak team that will be likely down late and forced to pass is a recipe for another sack-a-palooza.

I had to do this:

Eagles fans are hoping Sunday doesn’t need to come down to a last-second field.