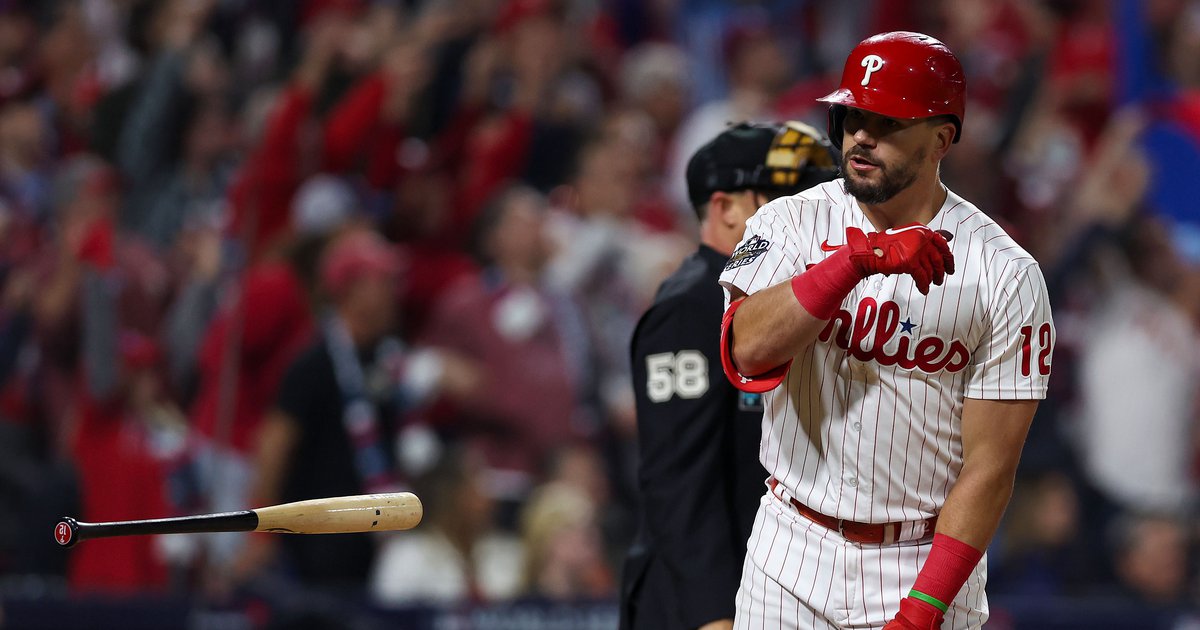 While the Phillies’ playoff run did not end with the team winning the World Series, it was still certainly a Red October to remember for Philadelphia. Kyle Schwarber provided heroics all postseason long with his towering home runs.

Schwarber’s All-Star campaign leading into the playoffs resulted in a collaborating with Wawa: “SchwarberFest.” Schwarber has made a name for himself with wildly productive Junes (he hit 12 homers in June 2022), the same time Wawa does their annual “HoagieFest” promotion.

Well, Wawa wanted to recreate that magic for the city’s first baseball postseason in 11 years and residents of the Delaware Valley were treated to discount hoagies on the way to the National League pennant and beyond.

Schwarber posted a tribute of sorts to “SchwarberFest” on his Twitter account late Friday afternoon that showed him making hoagies, giving out t-shirts and taking pictures with fans:

A rather obvious statement, but, hey, Philadelphians loved hearing how passionate they are in a positive light (for once..).

Those same fans are hoping for another SchwarberFest come October 2023 as the Phils try to once again win the National League and book a trip to the Fall Classic.