49ers lose QB Jimmy Garoppolo for the season: What does it mean for the Eagles? 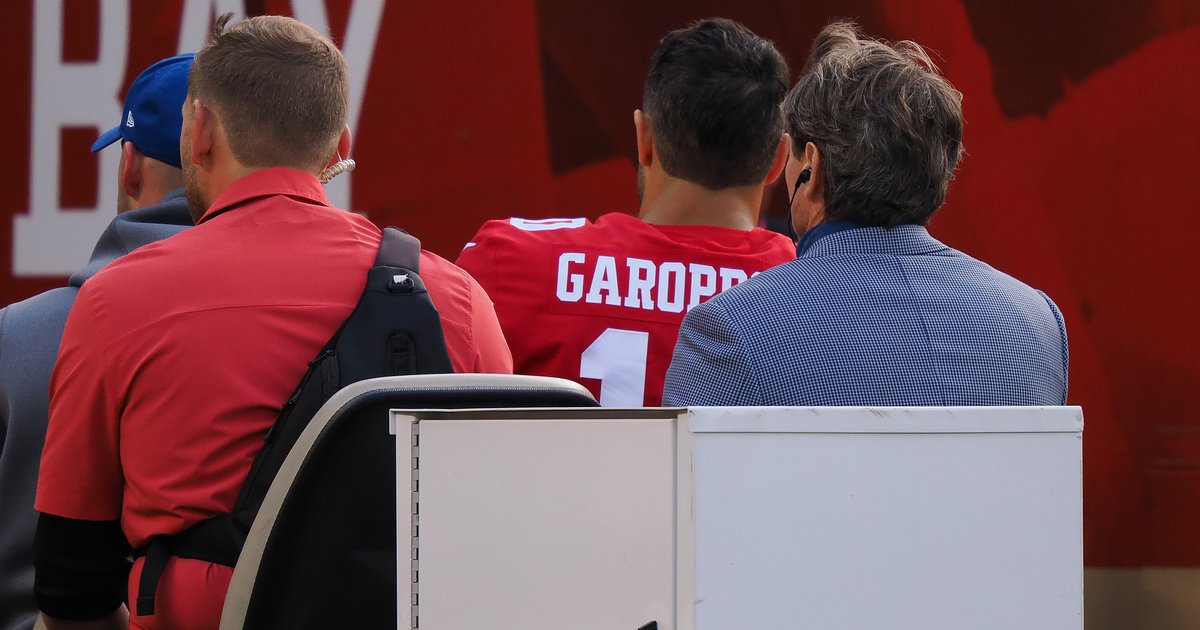 San Francisco 49ers quarterback Jimmy Garoppolo’s season is over after he suffered a broken foot against the Miami Dolphins on Sunday. Head coach Kyle Shanahan broke the news to reporters after the game, which they won.

The 49ers entered the season with Trey Lance as their starting quarterback, but Lance was lost for the season after he suffered a broken ankle Week 2, paving the way for Garoppolo to regain the starting job that he had in San Francisco from the end of the 2017 season until 2021. Third string quarterback Brock Purdy subbed in for Garoppolo against the Dolphins, completing 25 of 37 passes for 210 yards, 2 TDs, and 1 INT in the win. Purdy was the 262nd and final selection of the 2022 NFL Draft.

Garoppolo is widely regarded as an average starting NFL quarterback who can steer a ship, but should not be expected to power it. The 49ers have found some success over the years with Garoppolo as their quarterback, as they made it to the Super Bowl in 2019 (they lost to the Chiefs) and the NFC Championship Game in 2021 (they lost to the Rams). The 49ers had an outstanding supporting cast around Garoppolo, who was good enough to get them close to winning it all, but not over the hump.

Even though Garoppolo was far from an elite quarterback, this is a devastating loss for the Niners, who were legitimate Super Bowl contenders in the NFC. There are many (self included) who believed that they could perhaps be the least ideal matchup for the Philadelphia Eagles in the playoffs, given the Eagles’ occasional bouts of poor tackling combined with the tackle-breaking abilities of players like WR Deebo Samuel, WR Brandon Aiyuk, TE George Kittle, and RB Christian McCaffrey.

With Garoppolo out, the Niners are a far less threatening contender.