Three pivotal plays from the Eagles’ win over the Titans 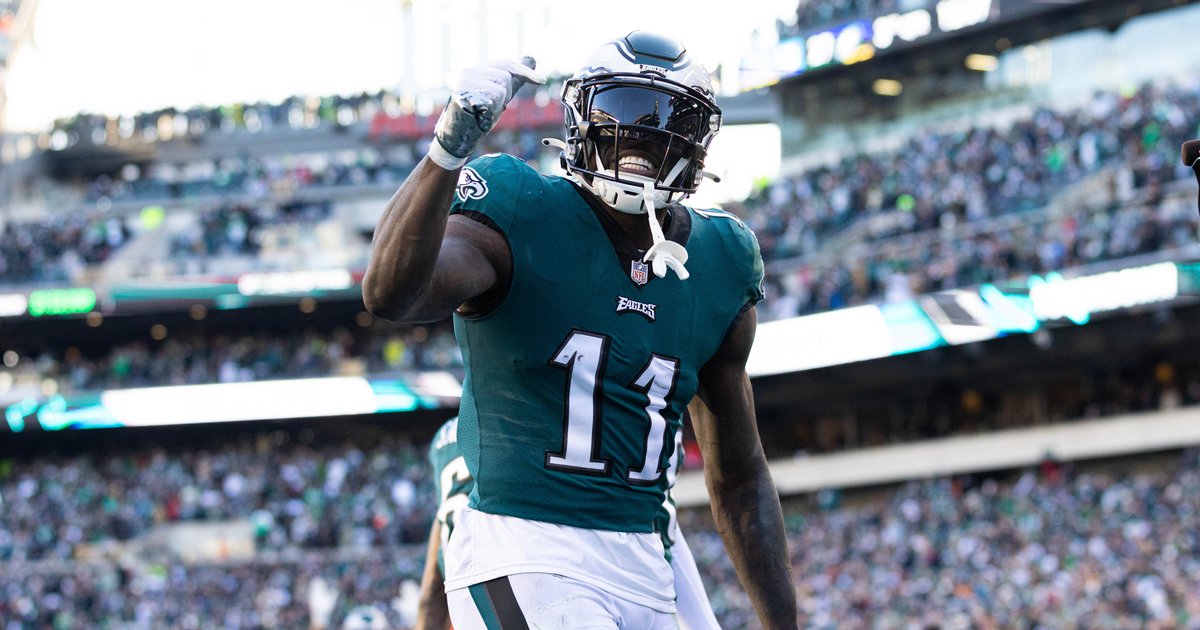 For an afternoon that was billed as the toughest challenge yet for the Eagles, the Birds dominated the Titans in a 35-10 win. Even with a penalty-filled first half and an early 7-7 tie, it never felt as if Tennessee was truly in the game. All three units for the Eagles, yes, even their much-criticized special teams, excelled. Jalen Hurts played like the league MVP and A.J. Brown had a revenge game for the ages. Life is good for Eagles fans.

As I do, here are the three pivotal plays that most shifted things in the Eagles’ favor in this beatdown:

A receiver and quarterback so nice they dialed this one up twice.

Early in the second quarter, Jalen Hurts found A.J. Brown streaking down the right sideline for what was originally ruled a 41-yard touchdown. On further review, Brown did not get a second foot in bounds and the score was waved off:

That was some Willie Mays-style ball tracking from Brown. Elite.

You just knew the Eagles were going to look Brown’s way all game playing against his old squad. The immediate next play, Hurts hit Brown again for one of the easiest 40+ yard touchdowns you’ll ever seen:

Hurts didn’t even look Brown off on that one. Everyone in the stadium knew the ball was going to Brown and the Titans were powerless to stop it.

As weirdo Chip Kelly liked to say, “Big people beat up little people.” That’s what happens when you have a WR as athletic and as skilled as Brown.

It was a rough, rough outing for Ryan Tannehill, who took a relentless beating. Here’s Josh Sweat taking him down for a touchdown-saving sack:

While this play may not compare to the glamour of all of these huge Eagles touchdowns, this is the last moment of the game where the Titans had a legitimate chance to make some noise. A touchdown, obviously, ties things up late in the half and Tennessee got the ball to start the third quarter.

Lost in this showcase of offensive firepower is how sloppy the offensive line was early (they rebounded with a great performance) with penalty after penalty. It was slowing this high-flying offense down. Protecting that lead and forcing a field goal was the key to the Eagles going on to a double-digit lead they would never relinquish.

Hats off to this stable of pass-rushers. This rotation is deep on the edge and the interior, channeling massive 2017 vibes. The Birds recorded six sacks on the day. Sweat had two himself. That makes 6.5 on the season for Sweat, who’s in a good spot to match or surpass his career high of 7.5 sacks from last season with five games remaining.

What do you do as an offense when you’re faced with Sweat, Haason Reddick, Javon Hargrave and whatever fresh lineman the Eagles throw out there? Fortunately for the Birds, that’s not Philadelphia’s problem.

You’d be hard pressed to find a better throw and catch for the Eagles since the peak of Nick Foles supernova mode than this touchdown toss from Hurts to Brown:

How does Brown catch that? Outrageous. At the same time, Hurts put the ball at the most precise spot possible for a touchdown that had the Linc absolutely rocking. A QB-WR combo hasn’t been this in sync in Philly since the all-too-brief heights of the Donovan McNabb-Terrell Owens era.

Does the Titans organization feel like a group of gigantic knuckleheads for letting Brown go? You draft players as good as Brown with the dream that the pick will pan out this well and you can reward a premier player with a huge contract. I’m not an NFL front office executive for a reason, but, I don’t know, maybe you should’ve kept this guy? I’d be embarrassed if I was a Titans fan.

You could write that this is an Eagles win in Sharpie after that. Everyone down in South Philly knew this baby was wrapped up.