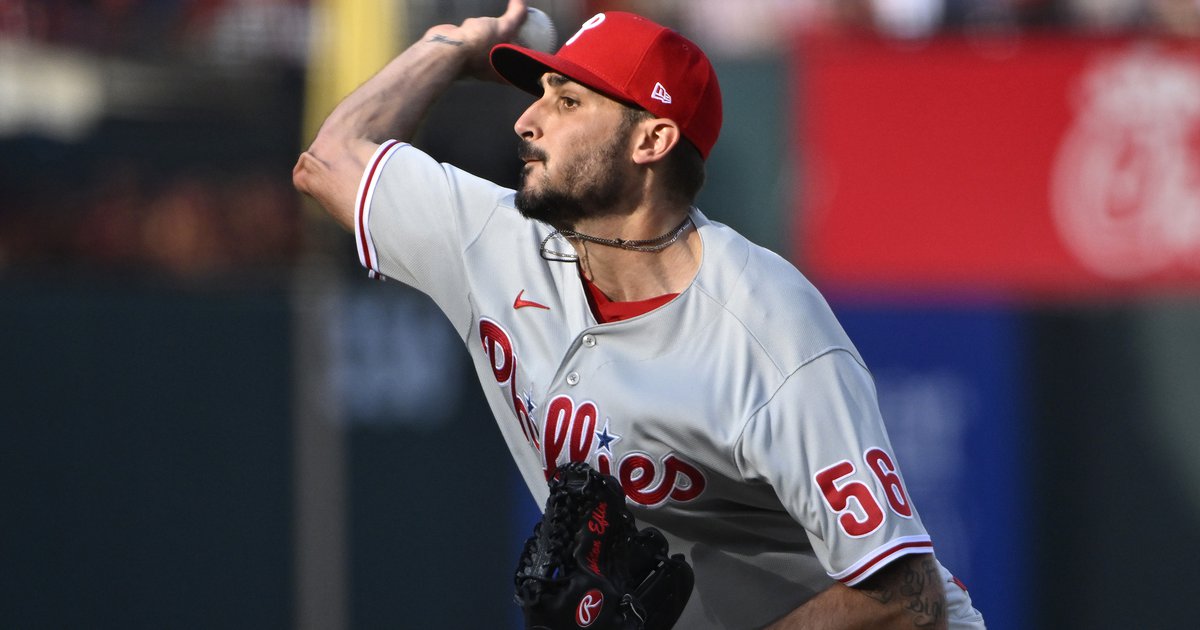 Zach Eflin’s tenure with the Phillies is officially over. He’s going to where he can start and to a club closer to home.

The 28-year-old righthander has reportedly agreed to a three-year, $40 million deal with the Tampa Bay Rays, per ESPN’s Jeff Passan and the New York Post’s Joel Sherman. Once signed, it’ll be the largest free-agent contract in Rays history.

Zach Eflin’s deal with Tampa Bay, as @Joelsherman1 said, is for $40 million over three years. It’s the largest free agent contract in Rays history. Eflin, 28, grew up in Orlando and will join Tyler Glasnow, Shane McClanahan and Drew Rasmussen in a fantastic Tampa Bay rotation.

Eflin, who’s from Orlando, is expected to help fill out a starting rotation that features Tyler Glasnow, Drew Rasmussen, and Shane McClanahan at the top for a Tampa squad that went 86-76 this season in the ever-competitive AL East but was knocked out of the AL Wild Card round by the Cleveland Guardians in a 2-0 sweep.

Eflin went 3-5 with a 4.04 ERA and a 1.12 WHIP through 20 regular-season appearances in 2022. He started 13 games, but a knee injury sidelined him for a chunk of the summer and he was placed in the bullpen upon his return.

Having him pitch in relief was critical though in the Phillies’ push toward the postseason and eventually to the World Series. He made six appearances in September, recording a 1.35 ERA with just two runs allowed, then in the postseason clincher down in Houston on Oct. 3, he recorded the final three outs and the first save of his career to finally snap an 11-year playoff drought.

It was fitting, as him and Aaron Nola, two of the longest-tenured Phillies and key components to the club’s long, arduous rebuild, started and ended the clinching game.

Eflin continued to pitch out of the pen in the postseason, but his desire was to start again next year, and it was extremely unlikely that the Phillies could have offered him a spot in their rotation.