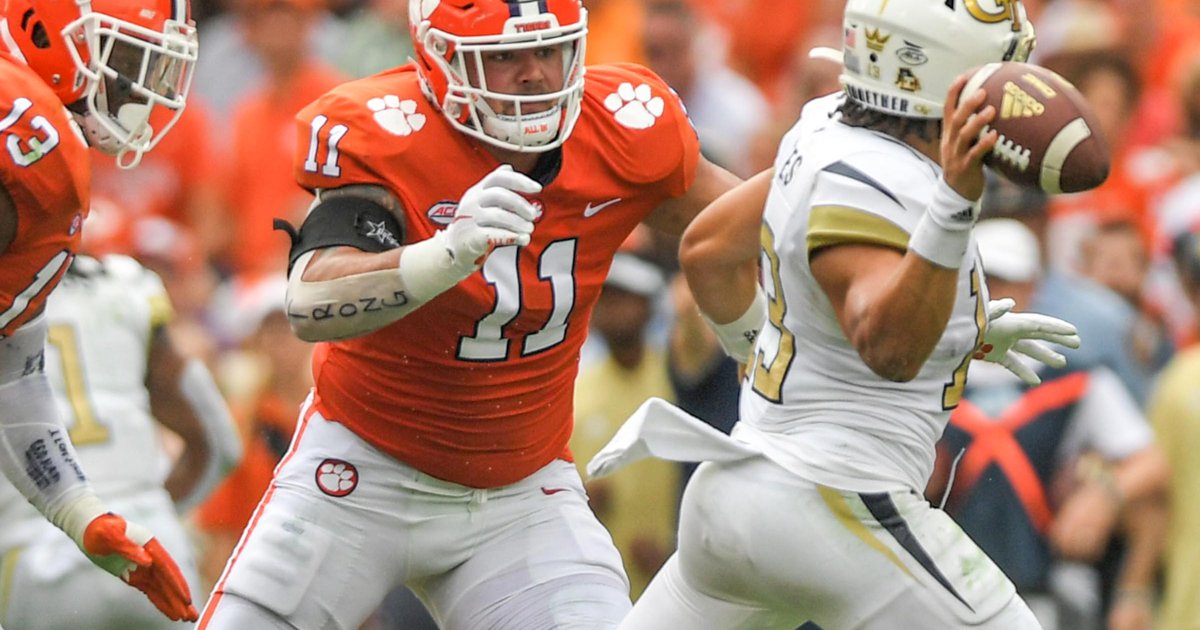 Bresee was a five-star recruit coming out of high school, ranked No. 1 overall in 2020 by Rivals.com, and No. 3 overall by ESPN recruiting. His high school highlight reel looks like when I used to create an 8’10, 500-pound player with 99’s across the board in Madden.

Bresee has faced adversity in his short time at Clemson, missing most of the 2021 season with a torn ACL (plus a shoulder scope), and playing through the pain of losing his 15-year-old sister to brain cancer.

Bresee has 48 tackles, 8 sacks, 14 tackles for loss, and 4 batted passes in 22 career games. While his production isn’t otherworldly, it is easy to see his explosiveness on the field. He is an excellent run defender, and he has plenty of upside as a pass rusher.

In the Eagles’ defense, Bresee could play multiple spots along the defensive line, at 3-tech, 1-tech, or DE. The question for Bresee will be durability, but if his medicals check out during the draft process, he is a versatile prospect worthy of a top 10 pick.

Smith is an aggressive, twitched-up press man corner who likes to get physical with receivers, as you can see from his game against Clemson last season:

The downside is that he is also grabby in coverage, and he’ll whiff on some tackles when he goes ankle diving. Still, the athletic traits are there, as he is sticky in coverage and he is good at locating / making plays on the ball. He’ll benefit from landing with a good DB coach in the NFL, but there could be some early growing pains as he will be forced to clean up some of his bad habits.

Smith is being thought of as a first-round pick. I think he’s a late 1, early 2.

Corum may or may not play in this game, but he is a fringe Heisman candidate this season with 245 carries for 1457 yards (5.9 YPC), and 18 TDs. He is a smaller back at 5’8, 210, but you can lose him among the big bodies in between the tackles and he has a strong lower half to break arm tackles. While he may not have great long speed, you can pretty easily see his short area acceleration, and he has good vision to find holes and pick his way through traffic.

The Eagles need more playmakers at running back, in whatever shapes/sizes.

Kincaid has had a fantastic college career, racking up 34 TD receptions at the University of San Diego, and then at Utah. He spent two years at San Diego, compiling 68 catches for 1209 yards and 19 TDs. After transferring to Utah, he wasn’t used much in the offense in 2020, but he has had very productive seasons in 2021 and so far in 2022:

Here he is in a win over USC earlier this season, when he went off for 16 catches for 234 yards and a TD.

As you can see, he has good speed for a tight end, and he battles for yards after the catch. He also has good hands, he runs crisp routes, and he can make plays at all levels of the defense. I think I actually like him as an oversized wide receiver.

Vorhees is an older interior offensive line prospect who has experience at both guard spots, and has been available in a pinch for USC at LT. He gives me some Landon Dickerson vibes (minus the center experience), with his hulking size, positional versatility, and nastiness, but limited athletic upside.

We mentioned that he’s old. Vorhees is in his sixth year at USC, and he’ll be 24 when he’s drafted. That will no doubt hurt his value, but he could be a plug and play OG on either side of the line for whoever drafts him. With Isaac Seumalo set to become a free agent in 2023, the Eagles could use some competition for Jack Driscoll at RG if Seumalo doesn’t return. Probably a Round 2/3 guy.