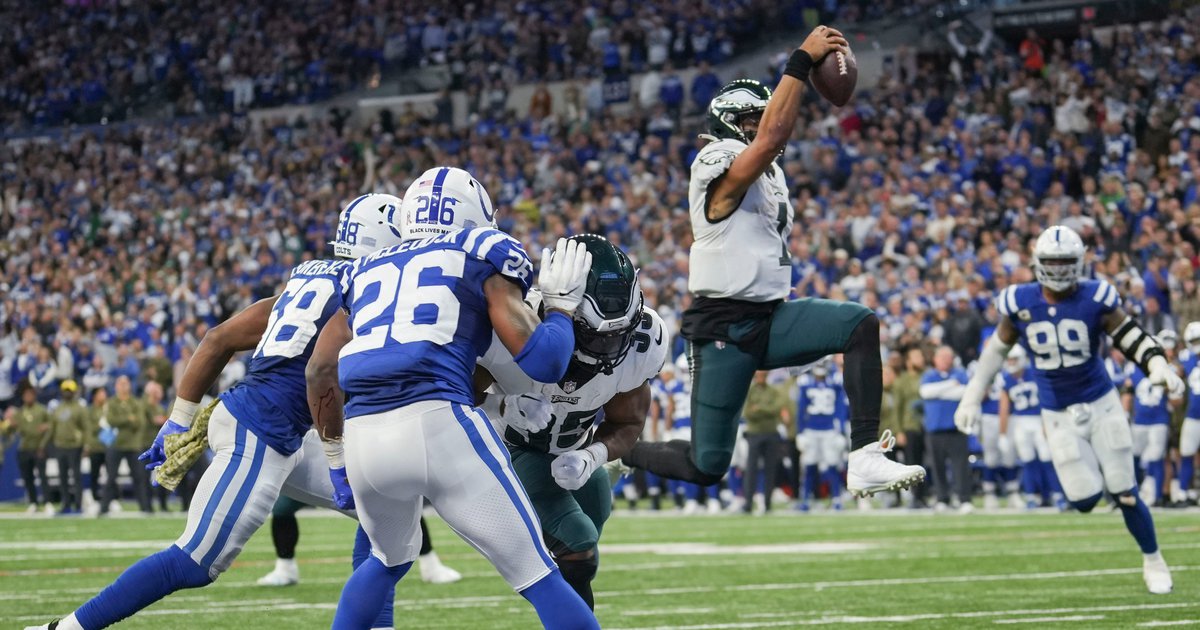 Happy Thanksgiving everyone. I am thankful for all of you who listen, watch, or read my work and I hope you enjoy it. I also hope that you get to spend this time with family and if you don’t have family, know that I am thinking of you.

Now on to the football.

The Eagles sit at 9-1 and are seven-point favorites on Sunday Night Football. By any reasonable measure, we have a tremendous amount to be thankful for in Philadelphia sports this Thanksgiving. Philadelphia is on the cusp of being the new city of winners. Boston was the last city to truly hold that crown. The Union and Phillies’ near misses are just an appetizer for what is coming with the Eagles. We tend to be a negative city and those feelings are not without merit. We don’t win nearly enough in the city. The passion-to-winning ratio has been off for the entire history of our city. At the same time, it is time to make a transition and improve on the previous generation of Philadelphia fans. It will soon be raining championships around here and we must be ready for it.

The transition must begin now as we recognize that the pursuit of championships, the pursuit of the first dynasty in modern Philadelphia sports history, is about sustained excellence, not about being perfect. We have to find a middle ground with our fandom week to week. It’s a long season.

The Eagles didn’t play a perfect game on Sunday against the Colts, but they got a victory. Both Linval Joseph and Ndamukong Suh played well in their debuts and that was with barely any practice with the team. The Eagles were playing their first game without Dallas Goedert, and both backup tight ends made mistakes. The Eagles don’t have the luxury of having Goedert behind Zach Ertz anymore and the coaches got too cute not just going with Jack Stoll and three WRs. At the same time the Colts have the fifth-ranked defense in the NFL (3,535 yards allowed). Jalen Hurts stood tall late, and the Eagles got the victory. Too many people have decided that the Super Bowl train is derailed just because they didn’t go from the Washington loss to a 20-plus point victory. Progress rarely goes the way we would all like it to.

Look at the records of the Super Bowl champions since the 13-3 Eagles won the franchise’s only Super Bowl. The Rams were 12-5, the Buccaneers were 11-5, the Chiefs were 12-4, the Patriots were 11-5. While we are likely way past the days where a fluky 9-7 Giants type team can win the Super Bowl, there is no such thing as a perfect season when you play 16 or 17 games. (I find the 1972 Dolphins celebrating every year that somebody loses to be repugnant by the way).

Common sense and evidence show that you don’t literally have to be perfect to win the Super Bowl. Nothing has happened yet to suggest the Eagles don’t have a real chance to make it happen. Right now, a win is a win. We can discuss late December when we get there. The Eagles are going to finish 14-3 or better if the win on Sunday to get to 10-1. They are a game ahead of everyone in the conference, plus a tiebreaker. That is excellence. It would be lunacy to expect more than 10-1 and I don’t care what it looks like. This is what the bar should be, it should not be perfection because that is signing up to be miserable.