The Phillies’ World Series run, even after defeat, was totally worth it 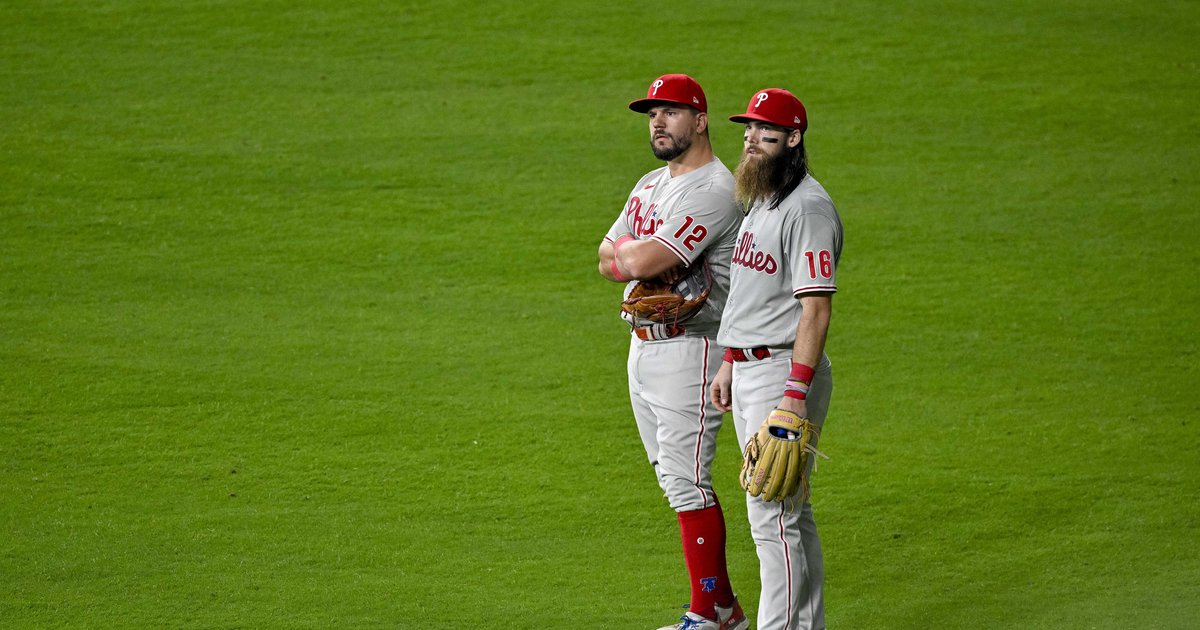 It was never supposed to get this far, but the heartbreak stings all the same.

The Cinderella run that began with a bang a month ago down in Houston ended there late Saturday night with a whimper.

The Phillies lost the World Series to the juggernaut Houston Astros in six games, dropping the deciding contest by a final score of 4-1.

The clock struck 12, the magic ran out, and in the end, the Phillies’ greatest flaws came back to haunt them.

The bats went cold at the worst possible time and so did a suspect bullpen that got stretched way too thin.

Zack Wheeler, after dealing for five innings, was pulled at the first sign of trouble with one out and runners at the corners in the sixth.

Rob Thomson handed the ball to José Alvarado, and he didn’t have his command. He left a pitch hanging over the plate and Yordan Alvarez crushed it 450 feet over the batter’s eye in deep center field as Minute Maid Park erupted.

You just knew right there that was it.

Seranthony Domínguez gave up another run trying to get out of the inning, and outside of Kyle Schwarber’s solo home run in the top of the sixth, the lineup had no answers for Framber Valdez the second time through.

Once the Astros reached into the bullpen from the seventh on, the Phillies didn’t record another hit until J.T. Realmuto’s one-out single in the ninth. But by then it was too late.

The clock struck 12. The magic ran out. The party was over.

“They’ve accomplished a lot,” Thomson said. “Still disappointing though, but, and I told them after the game, I said ‘You guys have nothing to be ashamed of and you don’t need to hang your head for anybody’ because they came to the ballpark every day, and worked hard, and played hard, and played as a team, had a lot of fun.

“They grinded through a lot of obstacles, and I’m just so proud of all of them. I really am.” 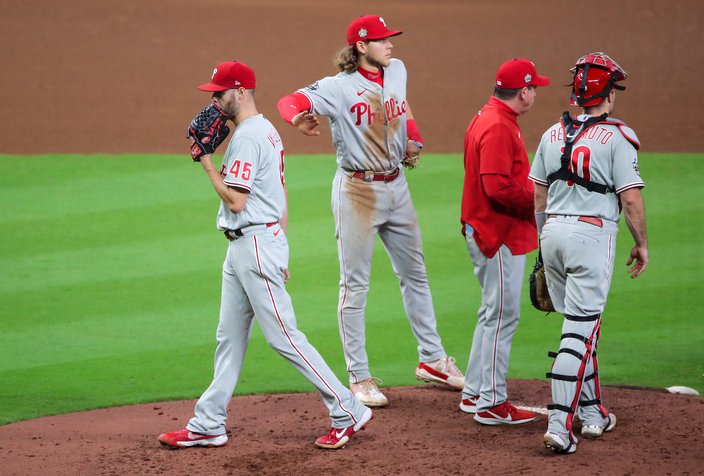 There will be a lot to process over the next few days and into the next few weeks. What went wrong, all the what ifs, all the could’ve beens, and ultimately, in the shortest offseason the Phillies will have in more than a decade, what to do next so that the party won’t end.

But in time, we’ll all look back on this run for how incredible it was, and how much it all meant to us. Because it meant the world.

We’ll remember how a team that looked dead in the water five months ago not only survived but thrived from a managerial change, how a pitch that broke Bryce Harper’s thumb should’ve ended any playoff hopes on the spot but didn’t, and how Alec Bohm turned “I f***ing hate this place” from a disaster into a near rallying cry.

We’ll remember that messy month of September and that last, often infuriating chase with Milwaukee for the sixth and final Wild Card spot, all the fears of yet another late-season collapse, and how all that frustration and years of heartbreak washed away in an instant once that final out was recorded down in Houston to end the decade-plus postseason drought.

We’ll remember how, in that first celebration, Rhys Hoskins, who had never known playoff baseball, and John Middleton, who struggled for years to bring it back, had tears in their eyes that they had finally made it, with no idea of what was to come.

We’ll remember the ninth-inning rally in St. Louis, the monumental homer and ultra cathartic bat spike from Hoskins against the Braves, J.T. Realmuto sprinting around the bases for the inside-the-park home run, the Schwarbomb in San Diego (that’s probably still in orbit), and Harper with “the swing of his life” to clinch the NL pennant, along with the rest of the now enormous list of moments anyone can spend hours reminiscing over. 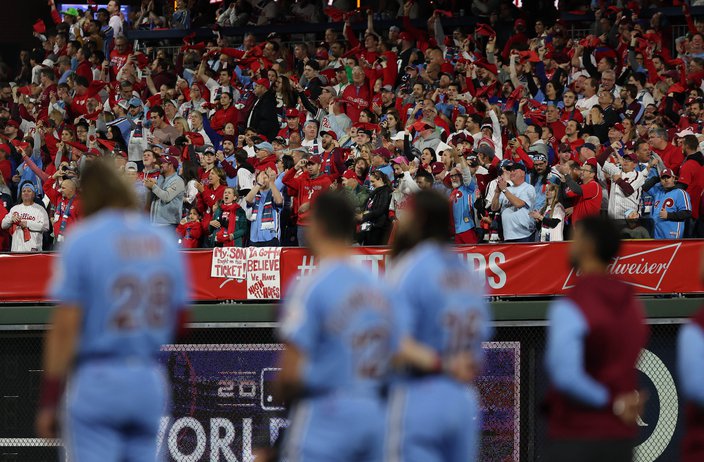 But above all else, we’ll remember the feeling. How, after 11 years, these Phillies brought playoff baseball back to Philadelphia in the grandest of fashions, an 87-win underdog that probably shouldn’t have been there, but mashed their way to the end anyway (and likely singlehandedly justified the new playoff format for Major League Baseball).

We’ll remember how, in just over a month, this team captured the city’s hearts, made Citizens Bank Park the place to be, had us all celebrating out in the streets and jamming out to “Dancing On My Own” so much that the song charted again.

We’ll remember the ride for every unforgettable mile, and the family and friends (new and old) that we all got to experience it with along the way.

But, unfortunately, we’ll remember how it all ended too.

It was never supposed to get this far, but the heartbreak stings all the same.

“I think we should be proud of where we landed, where we ended up,” Hoskins said in the quiet of the visiting clubhouse following Game 6. “Obviously, being two wins away from being world champions is disappointing to not get there, but it’s something that I know a lot, if not everybody in this clubhouse will hold with them going into next year.”

As Hoskins was speaking with the media, a few teammates stood by the lockers behind him, reflecting on how far they’ve come over a case of beer.

And in time, that will be all of us looking back on the 2022 Philadelphia Phillies, before the conversation inevitably turns to next year.