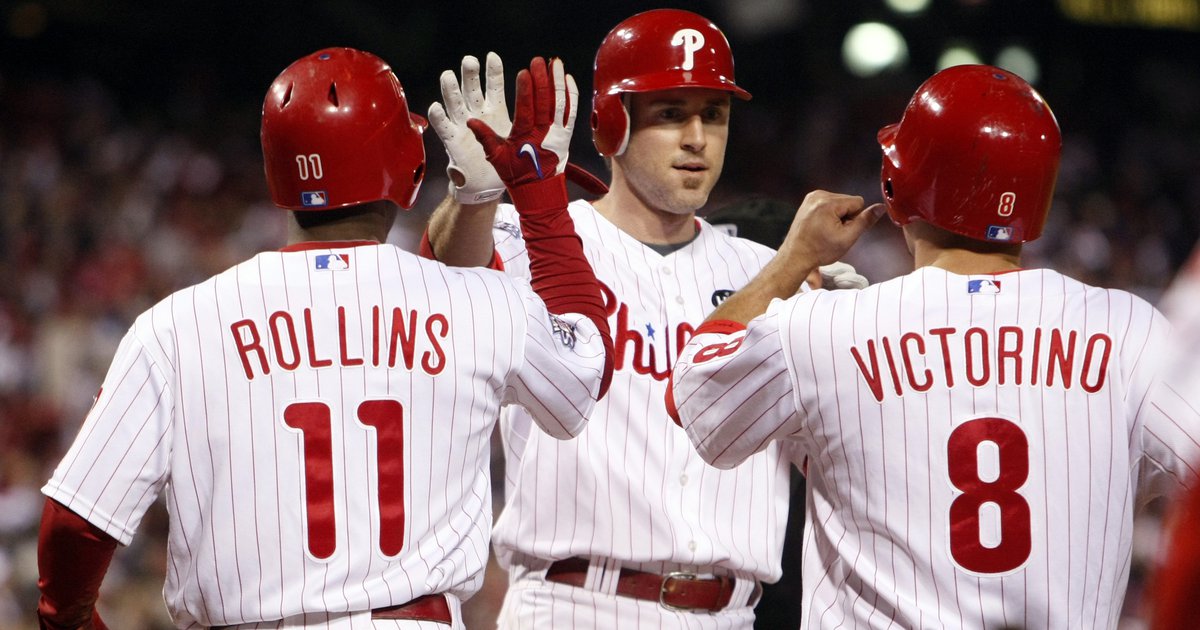 Late into Game 3 of the World Series Tuesday night, after the crowd of nearly 46,000 had lost its mind dozens of times already in the Phillies’ 7-0 win, the right field scoreboard cut to a camera feed showing inside one of the luxury boxes.

Standing in the frame was Ryan Howard, the former first baseman who has been hanging out for the entirety of the Phillies’ miracle postseason run. And on his left, a new and extremely welcomed arrival: “The Man” himself, Chase Utley.

Utley, who moved to the UK to serve as an ambassador for Major League Baseball’s overseas efforts, is back in town, and for Game 4 on Wednesday night, he’ll throw out the first pitch alongside former shortstop, MVP, and Phillies all-time hits leader Jimmy Rollins.

Jimmy Rollins and Chase Utley will throw out first pitches before Game 4.

Rollins already confirmed he would be throwing out Game 4’s first pitch late last week during a call into WIP, but Utley comes in as a very pleasant surprise and the latest member of the ’08 championship team to make their way back to Philadelphia in support of, possibly, hopefully, the next one.

And like with Utley, the crowd also roared at the site of Cole.

With Utley back in town though, there’s one song that is now mandatory listening: