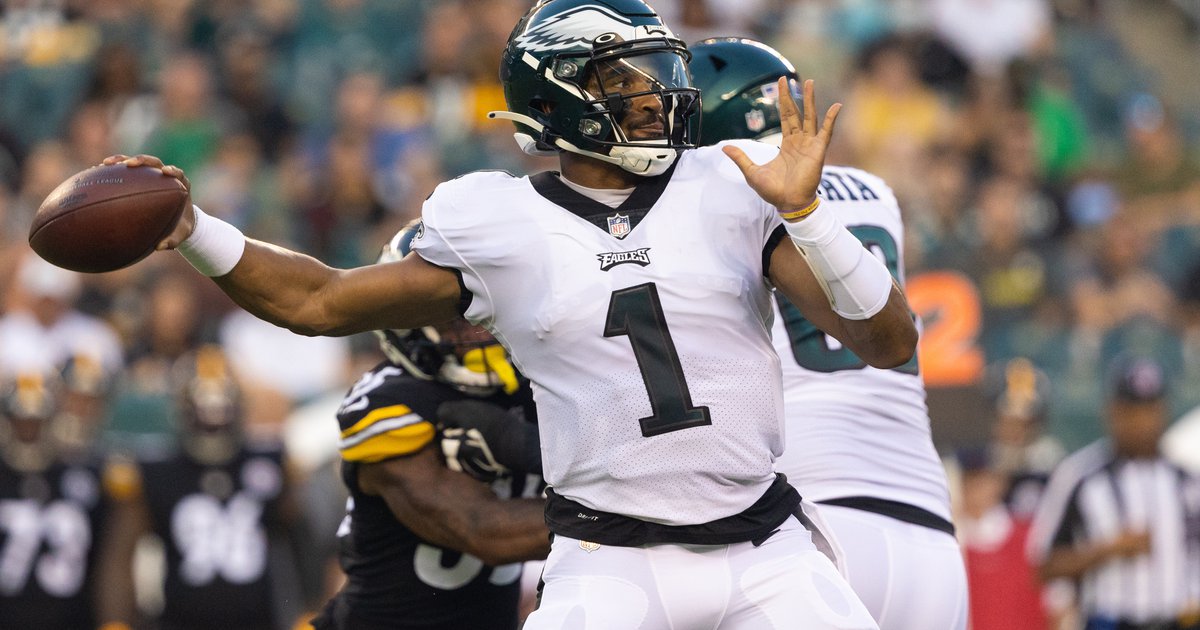 For the gambling enthusiasts, here are my Week 8 NFL picks. To note, the team logos indicate who I think will win the game, not cover the spread. At the end of the picks, I’ll note a few teams that I like based on the spread.

Ravens at Buccaneers (-2): The 4-3 Ravens and 3-4 Buccaneers are two of the more disappointing teams in the NFL through the first seven weeks of the NFL season. The Bucs look nothing like they did their first couple of years under Tom Brady, either on offense or defense. The Ravens have looked OK, but they are not nearly in the same class as other teams in the AFC like the Chiefs or Bills, when it was thought by some heading into the season that they could be Super Bowl contenders.

This is a very interesting matchup. Both teams hold at least a share of first place in their respective divisions, and this is a critical matchup for each of them to get either at or above 0.500.

Both teams are banged up, but it feels like the Bucs’ injury carnage is worse. I’ll take the relatively healthier team plus the points.

Broncos at Jaguars (-2.5): Give every Broncos player on the flight from Denver to London the Nobel Peace Prize for not throwing Russell Wilson off the plane.

Russell Wilson worked out and stretched for four of the eight hours on the flight from Denver to London. Said he was doing high knees in the aisle when the rest of the guys were asleep.

They have to absolutely hate him, right? Give me the Jaguars.

Steelers at Eagles (-10.5): A super basic stats comparison between these two teams:

The Steelers are 2-5, and they were actually outgained by 201 yards in their two wins. They have a rookie quarterback, underperforming skill position players, a bad offensive line, shaky cornerbacks, and their best player (T.J. Watt) is hurt. When football fans see the Steelers logo, they often associate that with a tough, physical football team that is tough to beat, and for good reason. This team hasn’t had a losing season since 2003. That streak is coming to an end in 2022, because this is a very bad team. The Eagles should easily handle them at home.

Panthers at Falcons (-4): The NFC South might be the worst division in football. At a minimum, it’s the only division that doesn’t have a team with a winning record or a team with a positive point differential:

The Panthers are arguably the worst team in the NFL, and they’re only a game out of first place with a head-to-head win over the Bucs.

At some point, the Eagles are going to need one of the Falcons or Buccaneers to win some games so that the Saints don’t win this division.

Bears at Cowboys (-9.5): For the bulk of this season, the Cowboys have almost been sort of undervalued by sportsbooks, which is rare for a team that is wildly overhyped every year. I think it has finally swung in the other direction.

The Bears are a bad football team with more than their share of holes, but they have lost just one game this season by double digits, and it’s not as if the Cowboys have some sort of juggernaut offense. Give me the Cowboys to win, but I’ll take the points in this matchup.

Dolphins (-3.5) at Lions: The Dolphins are a weird team in that they are super explosive with an incredible amount of speed on offense, which actually shows up on the field, but not on the scoreboard. Over their last five games they’re averaging 17 points per game, and they haven’t scored more than 21 points. Still, it’s hard to take the Lions over anyone right now.

Raiders (-1) at Saints: So Jameis Winston is healthy, and the Saints are sticking with Andy Dalton? Winston isn’t capable of being some sort of savior for this mess of a football team, in my opinion, but at least he might be fun to watch. Dalton is bad and boring.

As for the Raiders, they’re better than their 2-4 record would indicate. This game feels a little bit like a steal.

Patri*ts (-2.5) at Jets: The Patri*ts are better than the Jets? Is that what I’m being told by this line? Based on what?

There are some Patri*ts tropes at play here, like Bill Belichick being mad after a bad loss and taking it out on his next opponent. Or maybe Bill reveling in humiliating the Jets. That stuff was easier to buy when this team was good, which they’re not. I don’t think the Pats have a “turn it on” switch in them like they used to, and they created an unnecessary mess at quarterback.

You know who might be good? The Jets! They’re young and fun and they play hard. The Pats have owned this rivalry for two-plus decades, but maybe this is the year we see this matchup turn the other way?

Titans (-2) at Texans: I suppose this line is a little tight because Ryan Tannehill has an ankle injury. I wouldn’t mind seeing a Malik Willis game, but my sense is that Tannehill will play and this line will jump up a bit, so I’ll lock it in on Thursday at (-2).

Commanders at Colts (-3): Carson Wentz will avoid hearing boos this week in Indianapolis as well as Week 10 in Philadelphia, since he is out with a broken finger. His absence is good news for the Commanders, who have a better chance of winning games with Taylor Heinicke.

The Colts’ quarterback carousel continues, by the way. After falling ass backward into No. 1 overall picks used to select Peyton Manning and Andrew Luck, they have had a series of (mostly) unsuccessful quarterbacks in Jacoby Brissett, Philip Rivers, Wentz, and Matt Ryan, after Luck abruptly retired in 2019.

The Colts announced earlier this week that Ryan is benched, and Sam Ehlinger will take over as the Colts’ new starting quarterback, a move that Colts media accepts as being spearheaded by owner Jim Irsay. Normally, you don’t want your owner interfering on that kind of decision, but if I owned the Colts I’d be sick of seeing half-measure quarterbacks fail over and over, so I kinda can’t hate it. 🤷‍♂️

Frank Reich and GM Chris Ballard will now have to hope that Ehlinger can save their jobs. Good luck with all that. I like the Commanders’ chances of controlling this game with their defensive line against the Colts’ disaster of an offensive line.

But honestly, who cares about the actual game? The real fun is Irsay vs. Dan Snyder, after Irsay made it clear he wants Snyder out of the league.

Just let Snyder and Irsay fight at midfield and award the game to the winner. Who wouldn’t much rather see that?

49ers (-1.5) at Rams: The 49ers have won seven straight regular season games in this rivalry. Of course, the Rams won the NFC Championship Game in 2021, which was kind of a bigger deal. I’ll ride the Niners regular season trend in this matchup. But also, they’re just better. The Rams’ offensive line is in shambles, and it’s going to be difficult to compete in games against teams with good defenses.

Giants at Seahawks (-3): The Seahawks are dangerous, but I keep picking the Giants with points every week and they keep coming through, so I’m going to ride that until it stops working.

Packers at Bills (-11): You know that trope we mentioned above with the Patri*ts coming back and smashing some unfortunate team that happened to be next on their schedule after a bad loss? Well, I think that same premise exists with Aaron Rodgers and the Packers. When Rodgers has delivered quotes like the one below, you’d be wary about betting against him.

Except, again, it’s hard to see what exactly they have going for them at the moment other than desperation. Many will enjoy watching the Packers get further exposed on Sunday night.

Bengals (-3.5) at Browns: After a shaky start to the season, the Bengals’ offense is back. Conversely, after starting 2-1, the Browns have dropped four straight games, and feel ripe for a tailspin.