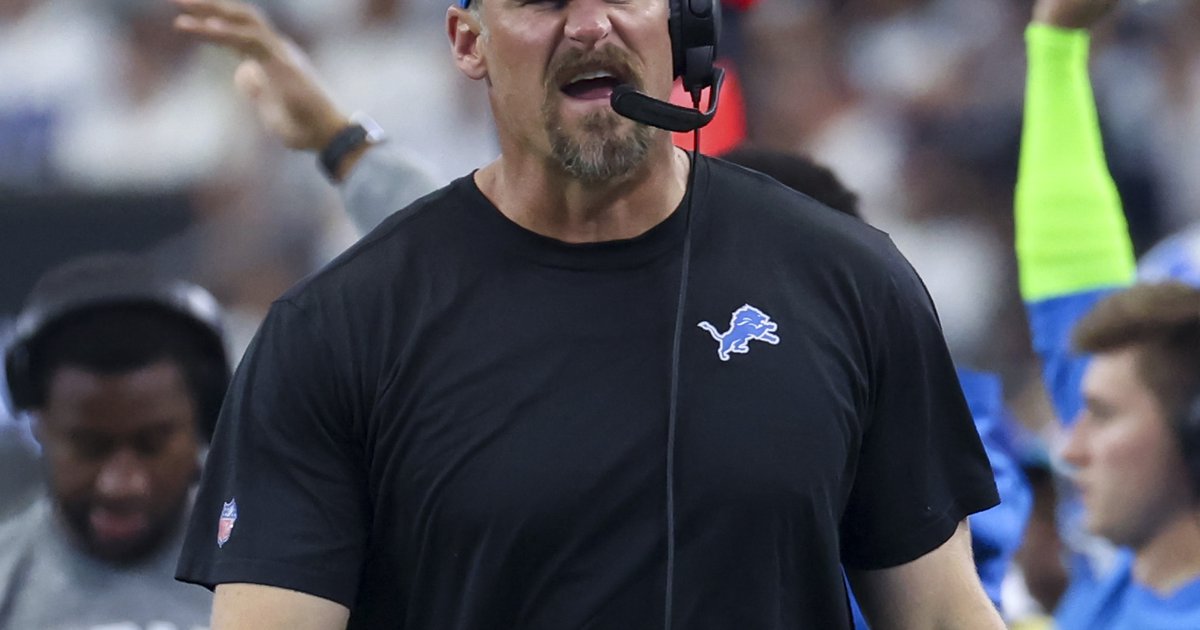 Week 7 of the NFL season is in the books, and for the second weekend in a row, the Tampa Bay Buccaneers, Green Bay Packers, and San Francisco 49ers all lost. The Philadelphia Eagles were on their bye while Philly sports fans honed in on the Phillies’ march to the World Series.

We have one new obituary this week, the Detroit Lions.

The Lions were a great Hard Knocks subject this summer. Their players and coaching staff had a lot of personality, and they won over a lot of folks, both locally and nationally. Dan Campbell was getting early NFL Coach of the Year buzz, and for the first time in a long time, their fans were very excited for the start of a season. I was at Ford Field Week 1, and it was one of the loudest stadiums I have ever visited.

As a reminder, people were impressed by nonsense speeches like this:

The excitement for football in Detroit was short-lived. We haven’t even gotten through October, and this team is already done. Here are the dates we killed them off in our Hierarchy/Obituary in each of the last four years:

This will be the fifth consecutive season that the Lions are already long since dead and buried when they host a game on Thanksgiving. If we’re being honest, they were relevant longer into the season under Matt Patricia than they have been in two years under Campbell.

The Lions statistically had the worst defense in the NFL during the first six weeks of the regular season, but at least their offense was putting points on the board… for a little while, anyway. The last two weeks, they have scored a total of 6 points.

Here were the Lions’ draft positions each of the last four years:

They haven’t won a playoff game since January 5, 1992, over 30 years ago, the longest drought currently in the NFL. That’s 11,250 days, and counting. If the season ended today (it doesn’t), the Lions would have the No. 1 overall pick in the 2023 NFL Draft. Familiar territory. 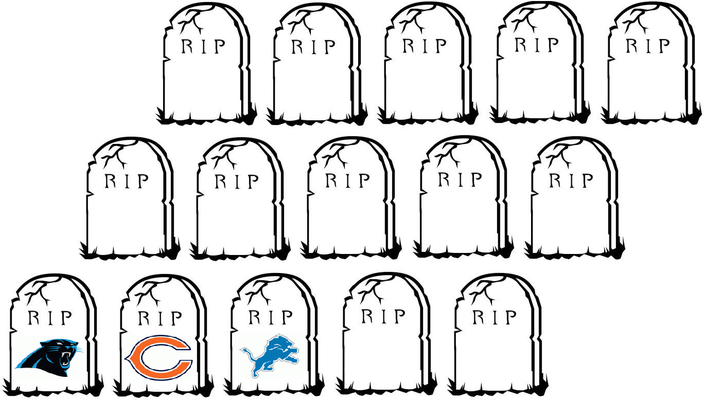 13) Saints (2-5): I found it odd during the Thursday night telecast that seemingly everyone with a microphone in front of their face noted that Jameis Winston throws a lot of interceptions, but Andy Dalton doesn’t, and they were surprised by his three-INT performance. And I’m sitting there thinking, “Am I taking crazy pills? Andy Dalton loves throwing interceptions. Right?”

During an extremely small three-game sample size in 2022 before Thursday night, Dalton only threw one INT, but uhhh, historically speaking, he throws it to the other team a lot. Here are the worst INT percentages in the NFL from 2020 to 2021, for quarterbacks with a minimum 500 pass attempts:

If you’ll note, none of those quarterbacks were starters at the beginning of this season.

Let’s go ahead and update the projected 2023 NFL Draft order, via Tankathon.com:

12) Commanders (3-4): If there’s one thing I know, it’s that Carson Wentz will respond well to the challenge of a backup quarterback outperforming him.

11) Cardinals (3-4): If I’m reading lips here correctly, it looks a lot like Kyler Murray is telling Kliff Kingsbury, “Calm the f*** down.”

Yikes. It’s a good thing they won Thursday night, or that clip would be everywhere.

The Cardinals got back in the win column because they got two pick-sixes at the end of the first half. Credit Marco Wilson and Isaiah Simmons for making plays, but a lot of the same issues persist for this team. They got outgained by 168 yards, and while DeAndre Hopkins had 10 catches for 103 yards in his return, Arizona still only had 189 net passing yards against a Saints defense missing both starting corners.

10) Falcons (3-4): Joe Burrow had 344 passing yards and 3 TDs in the first half against the Falcons on Sunday. I think that’s all we need to say about them this week.

8) Buccaneers (3-4): Tom Brady always feels like he has to one-up Rodgers, so he lost to Mitch Trubisky and P.J. Walker.

In non-McCaffrey analysis, remember when we were all marveling over the Niners’ defense? Yeah well they gave up 529 yards and 44 points on Sunday.

6) Rams (3-3): The Rams remind me a little of the 2018 Eagles. The have injuries galore, including at quarterback, and have started 3-3, with the season looking like it could unravel. But, like the 2018 Eagles, they still have impact players, and they’re in a shaky division with no teams that have been able to pull away. Will they figure it out like the Eagles eventually did, and threaten the rest of the NFC in the playoffs, or will they fade?

5) Seahawks (4-3): It was widely assumed by most (self included) that the Seahawks were in for an ugly rebuild after they traded away Russell Wilson to the Broncos. Apparently not. Wilson has been awful, and now he’s hurt, while Geno Smith has exceeded any reasonable expectations. The Seahawks are also getting major contributions from their rookie draft class.

• They have a pair of rookies starting at both offensive tackle spots in Charles Cross (LT) and Abraham Lucas (RT), who have both figured things out quickly.

• CB Tariq Woolen already has 4 INTs, and is an early candidate for Defensive Rookie of the Year honors.

4) Giants (6-1): Add this to the growing list of extremely high-leverage end-of-game moments where either the Giants made a play or their opponent didn’t.

If the Giants can go into Seattle and beat the Seahawks next week, they can realistically get to 9-1 with home games against the Texans and Lions thereafter.

3) Cowboys (5-2): You know how in Tecmo Bowl if you were on defense and you were chasing a player from behind when they were in the open field, you would suddenly get superhuman speed? Yes? No? Well that’s what Micah Parsons looked like on this play:

I don’t know how that Lions TE didn’t score, which would have given the Lions a fourth-quarter lead. Next play… fumble, recovered by Dallas. Anyway, the Cowboys as a whole weren’t impressive on Sunday, but Micah Parsons is amazing.

2) Vikings (5-1): The Vikings are 5-1, but Kirk Cousins is actually having his worst statistical season so far of his Minnesota tenure. Vikings career lows bolded:

The Vikings are 5-1 because they have won a lot of close games. Credit them for getting the job done. But at a yardage differential of -270 on the season, they probably aren’t as good as their 5-1 record would indicate.

1) Eagles (6-0): I think we all could acknowledge that before this season began the NFC wasn’t blessed with great quarterback talent, at least relative to the AFC. But after the first seven weeks of the season, it looks even worse. Let’s go around the conference, in alphabetical order, excluding the Eagles:

Anyway, I went a long way to ask the following question. Forget about “ceilings” or “potential” — How many of those quarterbacks would you take over Jalen Hurts for this season only?