Mailbag: The Eagles will be buyers at the NFL trade deadline, but could they also sell? 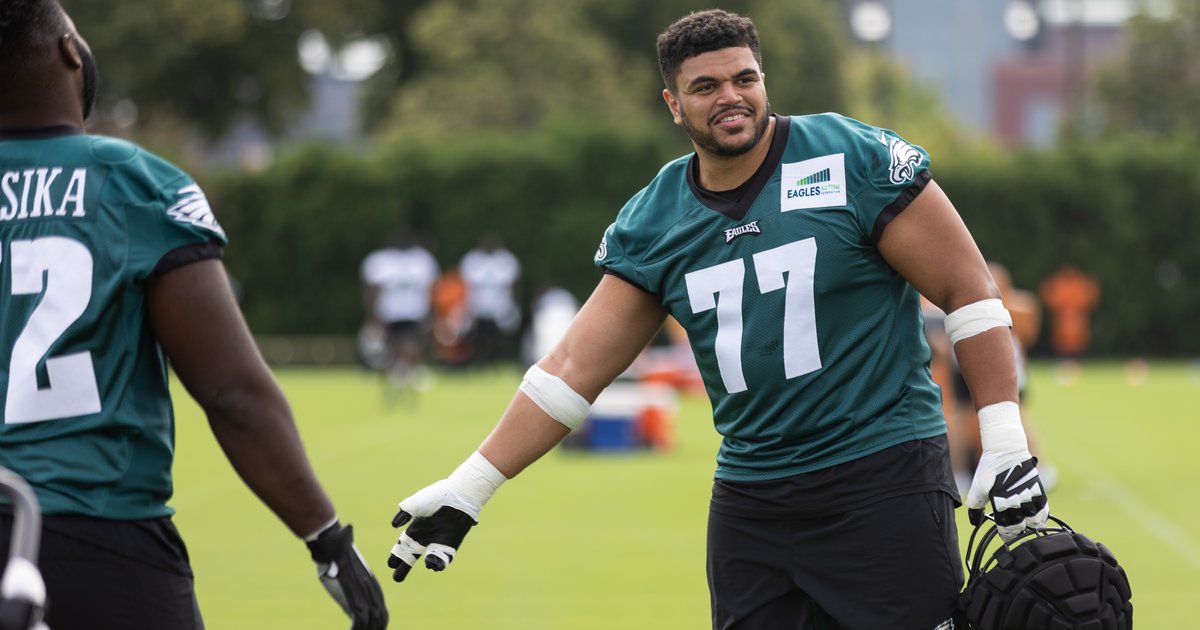 Earlier this week we solicited questions for an Eagles mailbag via Twitter. We received a lot of good questions in response, so we split it up into two mailbags. Part I was on Friday, in case you missed that.

Question from @jcvtaylor: Acknowledging that the Eagles are likelier buyers than sellers at the trade deadline, who do you think they’d realistically trade away?

My friend Mike Tanier of Football Outsiders did a great job rounding up the carnage teams around the league have experienced at left tackle so far this season. There are more than just a handful of contenders who are desperate for added help there.

We’ve been speculating on the possibility of an Andre Dillard trade for well over a year now, on the premise that he’s not a starter, and he can only play one position (LT) on the line. His lack of versatility is so evident that the Eagles had nine active offensive linemen last Sunday night against the Cowboys. (It’s out of the ordinary to have more than eight active linemen.)

Jack Driscoll backed up Lane Johnson, Cam Jurgens was backing up Jason Kelce, Sua Opeta was the backup at both guard spots, and presumably, Dillard was backing up Jordan Mailata at LT, though its not out of the question that the Eagles might have tabbed Driscoll to sub in at LT in front of Dillard had Mailata gone down.

Though their line has gotten nicked up over the first six weeks of the season, the Eagles should have their full starting five along their O-line available for their Week 8 matchup against the Steelers. Their backups are now also healthy, with Dillard having returned from injured reserve.

This shouldn’t come as a surprise, and certainly any general manager would at least listen to trade offers, but I’m told the Eagles would be open to trading offensive line depth for the right offer. The most logical candidate for such a deal would be Dillard, since Driscoll has filled in competently both at LT and RT this season.

They won’t just give him or any of their other good backups away. To begin, the LT carnage noted above is a cautionary tale of what can happen if you leave yourself thin in the trenches. And, well, the Eagles themselves have been there before.

It’s also worth noting that the Eagles have a slew of players scheduled for free agency next offseason. Why does that matter? Well, if they lose more players than they gain in free agency next offseason, they stand to gain compensatory picks in the 2024 draft. Dillard could realistically fetch a contract in the fourth- or fifth-round compensation level, like Halapoulivaati Vaitai (fifth-round) did a couple of years ago.

In a deadline trade, the Eagles would be justified in asking for second-round compensation, or a good veteran player in return. The question is whether or not one of the contenders in need of O-line help are desperate enough for that kind of inflated cost. Personally, I doubt it.

Question from @DatLe: Recently, we have witnessed the collapses of teams like the 5-0 Vikings, 11-0 Steelers, and the 7-0 Cardinals. How are the 2022 Eagles different from those teams?

Oh yeah, I had forgotten about that Steelers team. That was only two years ago. People were calling them the “worst 11-0 team ever,” which their fans didn’t like. They proceeded to lose four of their final five regular season games, and were one-and-done in the wildcard round of the playoffs.

The 2021 Cardinals started 7-0. They were also 10-2 and still in a great position to land the 1 seed. But they lost four of their final five regular season games and were an easy out in the wildcard round against the Rams.

The 5-0 Vikings I assume you’re referring to were the 2016 Sam Bradford team? They’re pretty easy to explain. Their quarterback was Sam Bradford.

I think the answer is that I don’t know yet that the 2022 Eagles will be different. Nobody expected them to be 6-0 after six games, so by that logic they have overachieved. I think the argument that can be made for their staying power is the wide variety of ways they have won games so far, and the that their greatest strength — their offensive line — isn’t likely to have bouts of inconsistency.

Question from @SquidwardTests: Rank the chances of all five major Philly sports teams winning a title within the next year.

Question from asaminor12: Does the defensive line’s performance in the last two games in favorable matchups worry you? I think both were at last six turkey legs for feasting.

I think they were OK-ish against the Cardinals, but disappointing against the Cowboys. My level of worry for the defensive line is low. As they say, sacks tend to come in bunches. They’re deep and talented there, and they were dominant in the first four games. They’ll be fine.

Question from @ClellandGreen: Why do you think Jordan Davis is getting half the snaps of Fletcher Cox and on review does it make sense?

I have a season-to-date snap count analysis post scheduled for Monday, and I’ll get into more detail on this question at that time, but the short answer is that the Eagles are cognizant of Cox’s elevated snap totals the last two games, and they don’t want him playing that much.

Question from @jorgedanielre: Big fan of the pod. My question is Hurts performance thus far vs. your impression during training camp. It seemed like you and BLG were neutral to slightly down on his showing at camp. What do you think you missed or has Hurts just outperformed?

Well, first of all, thank you for listening. But… to the contrary! I thought Hurts had quite an encouraging camp, making improvements in many of his deficient areas, notably from my summary back in August:

I fully expected him to be a better player entering 2022 than he was entering 2021, based on those improvements. I did not see him being an early MVP candidate.

Question from @esseran: Who is the No. 1 candidate for the franchise tag next offseason?

The projected franchise tag numbers in 2023, via OverTheCap:

None of the Eagles’ scheduled free agents are worth those numbers.

Question from @seantgreen: What do you make of the decrease in average depth of target in the passing game the past three games? First three games of season Hurts and Eagles were using deep ball effectively. I understand weather and offensive line injuries explain some, any ideas what else?

Yeah, Week 4 was nasty weather, not just with the rain, but also the wind. And then once they lost Lane Johnson with a three-score lead against the Cowboys they went conservative, which is understandable. They did call a double move against Trevon Diggs, and DeVonta Smith would have been open for a big play, but Diggs held him and the penalty didn’t get called.

I did not like the conservative game plan against the Cardinals once they got a lead, and I was surprised that they didn’t try to at least take a shot play off of all the quick screens they ran to the perimeter to the wide receivers. But overall, I thought A.J. Brown could’ve owned those corners in that game, and they didn’t take advantage.

They’re going to play a Steelers team next Sunday that very likely won’t have T.J. Watt, and is nicked up in the secondary. If they’re not more aggressive against that team I think that’ll be cause for some concern, but for the most part I think the offensive staff’s game plans and Shane Steichen’s play calling has largely been very good.

Question from @pclark313: Hello, sir. I don’t know what to make of the Giants. 5-1 is 5-1, but are they legit? They don’t scare me. Should we worry about them? Thank you and have a nice day.

It’s kind of a bummer that the Eagles don’t play them sooner than Week 14. I’d love to see how this early season version of the Giants matches up against the Eagles.

But to answer your question, 5-1 is indeed 5-1. I don’t think their roster has a lot of talent, but they’re well coached, which can go a long way. You have to play smart football against them, which I think is a strength of this Eagles team.

Question from @avoidthenoid: When the Birds go 20-0 this season, do the ‘72 Dolphins still get to do the champagne popping every year or would the Eagles take sole possession of the ritual?

Ha, I actually respect the pettiness of the ’72 Dolphins celebrating when the last unbeaten team loses every year. And yes, I feel that if a team in this modern NFL somehow went unbeaten, it would be a much bigger accomplishment. If the ’72 Dolphins are going to continue to obnoxiously root for the demise of unbeaten teams, then a team that runs the table and wins the Super Bowl should have appropriate pettiness in return, which in my opinion would be to uniformly disregard the ’72 Dolphins as has-beens that nobody cares about anymore.