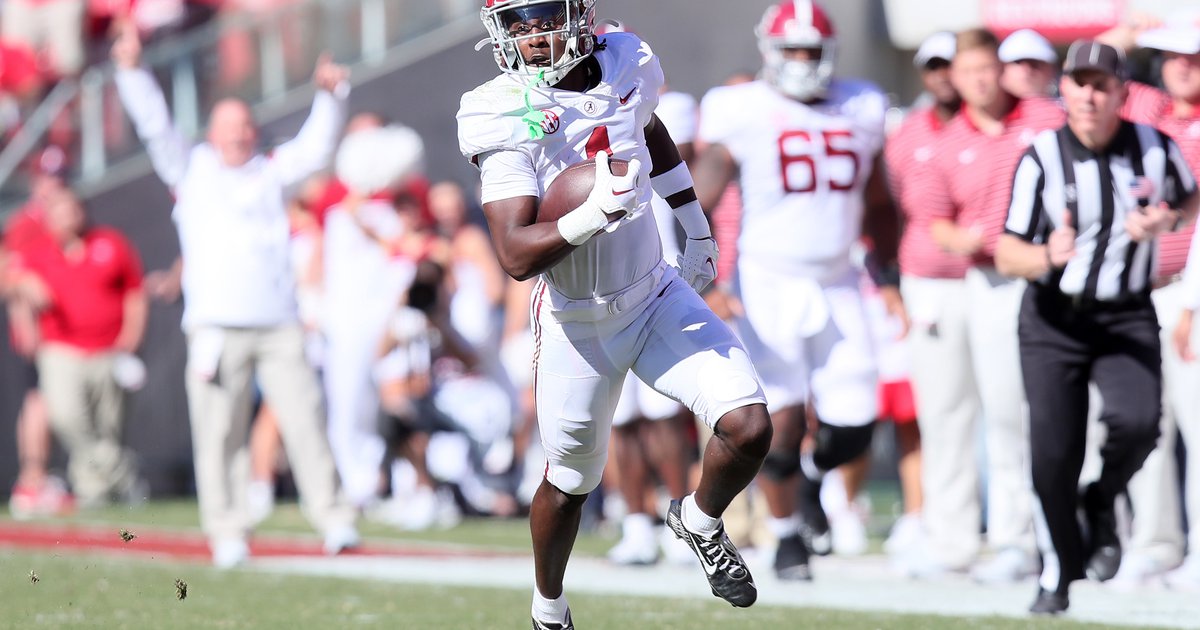 Gee, I wonder if Moss will get compared to Jason Sehorn a time or two throughout his college and professional career.

In 36 career games, Moss has 10 INTs and 17 pass breakups. He also has three career pick-sixes, including two in one game last season. He likely would have been a Day 2 pick if he had entered the 2022 NFL Draft, but he stayed one last season at Iowa. Moss came in at No. 19 on Bruce Feldman’s “freaks” list this year.

A first-team All-Big Ten pick, Moss (39 tackles, four interceptions) is one of the big reasons why Iowa’s defense is so stingy. The 6-1, 193-pounder was an excellent hurdler in high school, and that high-level athleticism has only been enhanced from four years in Iowa City. Moss has vertical-jumped 42 inches and broad-jumped 10-8. We’re told he has clocked the fastest short shuttle time for DBs in Kirk Ferentz’s two decades-plus at Iowa, blazing through it in 3.85 seconds. That would’ve been almost a full tenth of a second faster than anyone at this year’s combine, with Sam Houston State’s Zyon McCollum going 3.94. In fact, no one in Indy has even cracked 3.90 since Washington’s Kevin King did 3.89 in 2017.

If you read enough scouting reports on Jones, you’ll come across the phrase “grip strength,” which is an attribute that Jeff Stoutland has consistently said he looks for in his linemen. For years, if you asked him anything about Matt Pryor, he’d go right to Pryor’s “grip strength.” He likes grip strength like former defensive line coach Chris Wilson liked “ankle flexion.” Anyway, I do think Stoutland will like some of Jones’ attributes.

Jones is being projected by some as a second-round pick. No way. Too much inconsistency. But as a developmental Day 3 guy? Sure.

Wilson has inside-outside versatility, and would be a good fit in the Brandon Graham role in the Eagles’ defense.

For those of you who have been asking me to profile Gibbs all season, I give in, here you go. But before we even get started here, let’s first acknowledge that Howie Roseman isn’t going to use a first-round pick on a running back. We’re all on the same page there? Yes? Good. So in order for the Eagles to select Gibbs, he would probably have to suffer some kind of injury or something.

As a prospect, Gibbs is indeed a very talented back. He can run inside, he can run outside, he can get tough yards for first downs, he’s a home run threat, he’s a weapon in the passing game who can line up all over the formation, and he even returns kicks. Here’s a look at some highlights from his time at Georgia Tech, before he transferred to Bama:

If he’s somehow available in the second round, then the Eagles should absolutely have interest.

But beyond his highlight reel hits, Skinner also has the range and athleticism to play on the back end in the NFL.