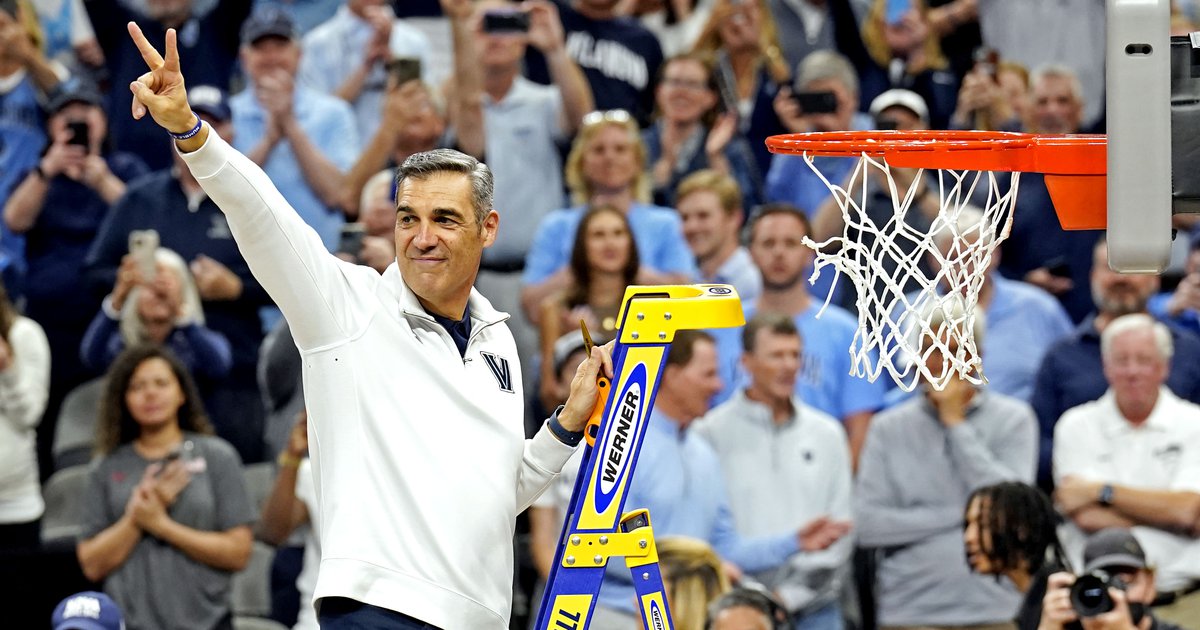 Jay Wright will make it back to the Final Four this season but this time as a broadcaster instead of Villanova’s coach.

Per Andrew Marchand of the New York Post, Wright will be joining CBS and Turner Sports for in-studio coverage of the penultimate point of the NCAA men’s basketball tournament and will also call regular season games throughout the year for CBS.

Wright, 60, retired as the head coach of Villanova Men’s Basketball after 21 seasons, four Final Four appearances, and two national championships that left the Wildcats as one of college basketball’s undisputed powerhouses.

“Now, though, It is time for us to enter a new era of Villanova basketball,” Wright said in a statement upon his retirement back in April. “After 35 years in coaching, I am proud and excited to hand over the reins to Villanova’s next coach.”

Kyle Neptune, who began his coaching career on Wright’s staff in 2008 and spent last season as Fordham’s head coach, will be taking up the mantle.

There was speculation over whether Wright’s decision to retire was setting up for a jump to the NBA, and while he didn’t completely shut the door on the idea when speaking to ESPN Radio a few days after word broke, he said that it wasn’t going to be in the cards any time soon.

“Not right now,” Wright said. “That was something I always thought about. My experience with the Olympics kind of scratched that itch.”

“Right now I definitely need a break,” he later added.

According to Marchand, Wright also received interest from Fox Sports and ESPN for their college basketball coverage, but with the broadcast rights to March Madness, CBS and Turner won out.