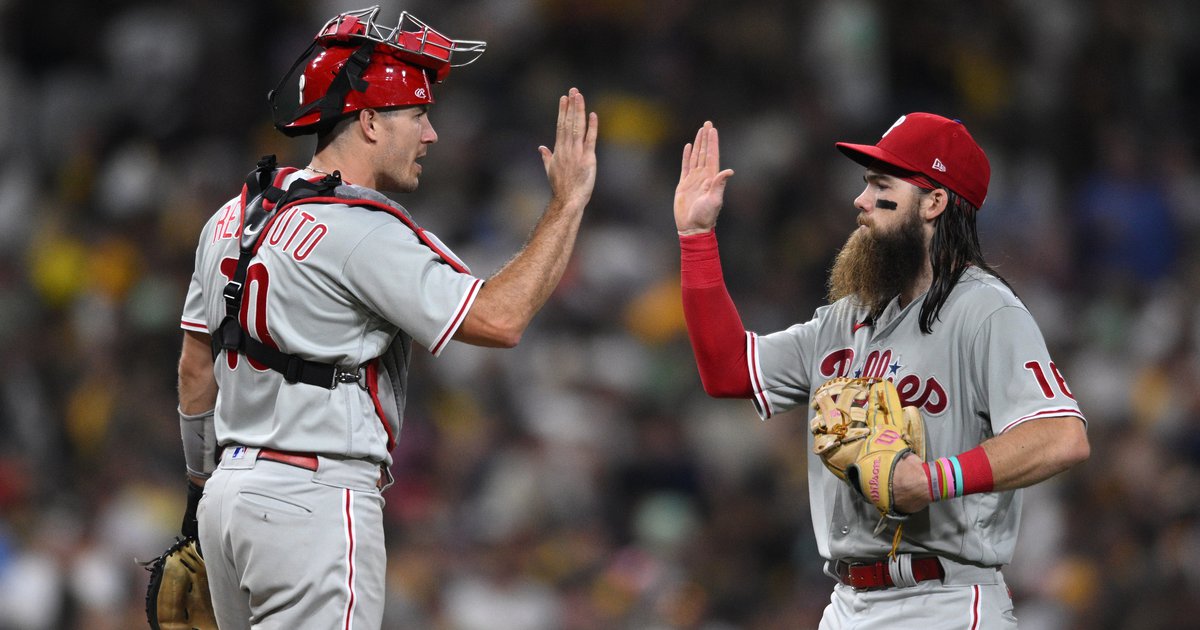 While Red October takes over Philadelphia, two Phillies could bring some hardware to the city. Major League Baseball released its list of Gold Glove Award finalists on Thursday and two Phillies are on it: catcher J.T. Realmuto and outfielder Brandon Marsh.

Realmuto kept his BCIB mantle going in 2022 with a fantastic year at the plate and continued to provide elite defense behind it. He previously won a Gold Glove in 2019, his first year with the Phils. Marsh is actually a nominee here as a left fielder in the American League. He played 77 games in left field for the Angels this season before being dealt in August to the Philly, where he’s exclusively played center field.

Both Realmuto and Marsh are keeping their performances going strong in the postseason. Marsh had a 1.150 OPS in the NLDS against the Braves, smashing a three-run homer in a series-clinching Game 4 win. That same afternoon down in South Philly, Realmuto recorded the first ever inside-the-park home run for a catcher in postseason history.

The Phillies will look to avenge their Game 2 NLCS loss to the Padres with three games at Citizens Bank Park this weekend, beginning Friday night.