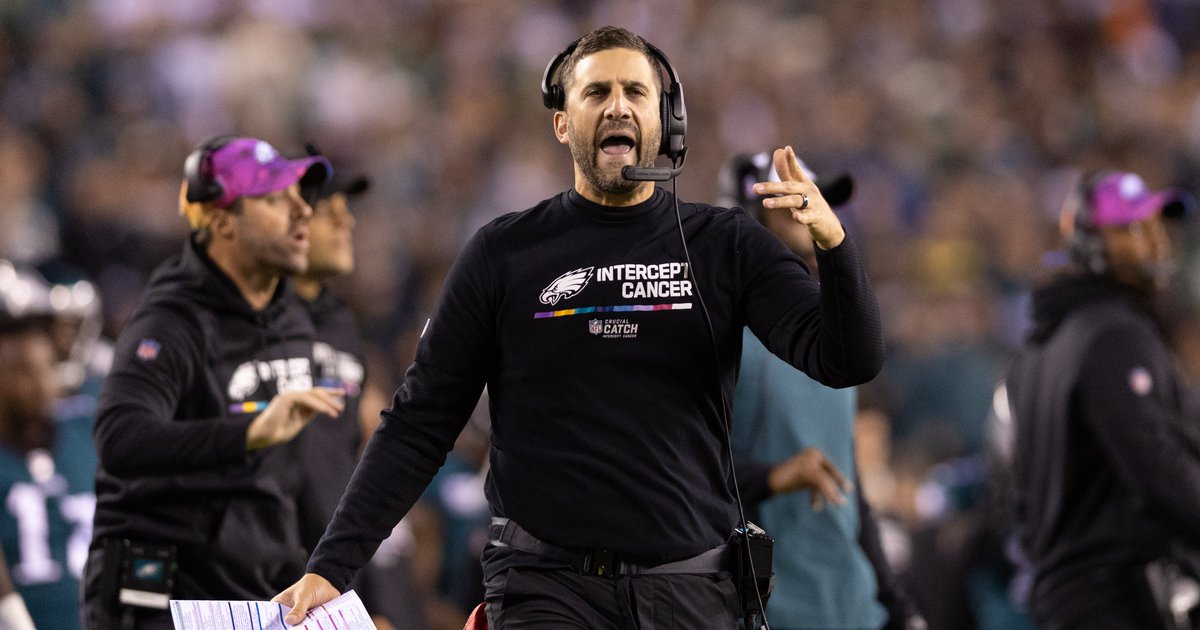 Nick Sirianni’s outburst may have been brewing long before Sunday night’s late-game scrap.

With time winding down and a 26-17 Eagles victory over the Cowboys well in hand, Jason Kelce and Dallas defensive tackle Osa Odighizuwa kept pushing and shoving after the whistle until Kelce was tackled down and teammates jumped in to break it up.

Sirianni was livid on the Eagles’ sideline and the NBC cameras caught him shouting “That’s game! F— you!” back at the Cowboys in a moment that no doubt went over well with everyone in midnight green.

To that end, Brandon Graham had a story about his head coach for the WIP Morning Show when he called in Tuesday.

Said the veteran defensive end: “I don’t know if he’s gonna tell y’all the story, but I’ll just say it. He said the last time when we lost to them last year (51-26), he said a couple of players came up to him and said ‘Y’all don’t belong on this field with us’ and all this stuff, ‘We the NFC East!’ So it was cool to hear that and know it was building up to this moment. I know that that was part of why he was probably going off too.”

Sirianni, who called into the show a bit later, wouldn’t confirm the story. But he didn’t deny it either.

“There are so many things that go on during games,” he said when broached about the subject. “I do have a lot of respect for that team and those players on that team. They’ve got really good players and they’re gonna be good this year, I know that.”

If you’ll remember that game from last year, it was the Week 18 finale at the Linc. The Eagles had their playoff spot locked in and chose to rest their starters. The Cowboys also had their spot and the NFC East title secure but kept their starters in for nothing more than an ego stroke.

Dallas beat the Eagles’ second-stringers 51-26, then dipped out of the playoffs immediately – as the Cowboys have been known to do – with a 23-17 loss to San Francisco the week after. And to be fair, the Eagles also got bounced out of the playoffs by Tampa Bay, but then again, no one expected them to be there in the first place.

Now, nine months later, the Eagles are the NFL’s only unbeaten team at 6-0 and firmly atop the NFC East, while the Cowboys are third in the division at 4-2 and left Sunday night’s game full of excuses – again, as they are known to do because who has ever won with a backup quarterback anyway?

DeMarcus Lawrence on Jalen Hurts: “What I think of him? He’s a good quarterback. Would I say he’s elite Tom Brady level yet? No but I feel like he did a good job with his offense today.”

The Eagles are on a bye this week and won’t see the Cowboys again until Christmas Eve down in Dallas. Who knows what the playoff picture will look like by then, but the bad blood from the end of Sunday night? That will likely carry over into round 2 of the heated division rivalry.

In the meantime, here’s Micah Parsons getting stranded on an island and Demarcus Lawrence, who has now played Jalen Hurts, getting blown up.