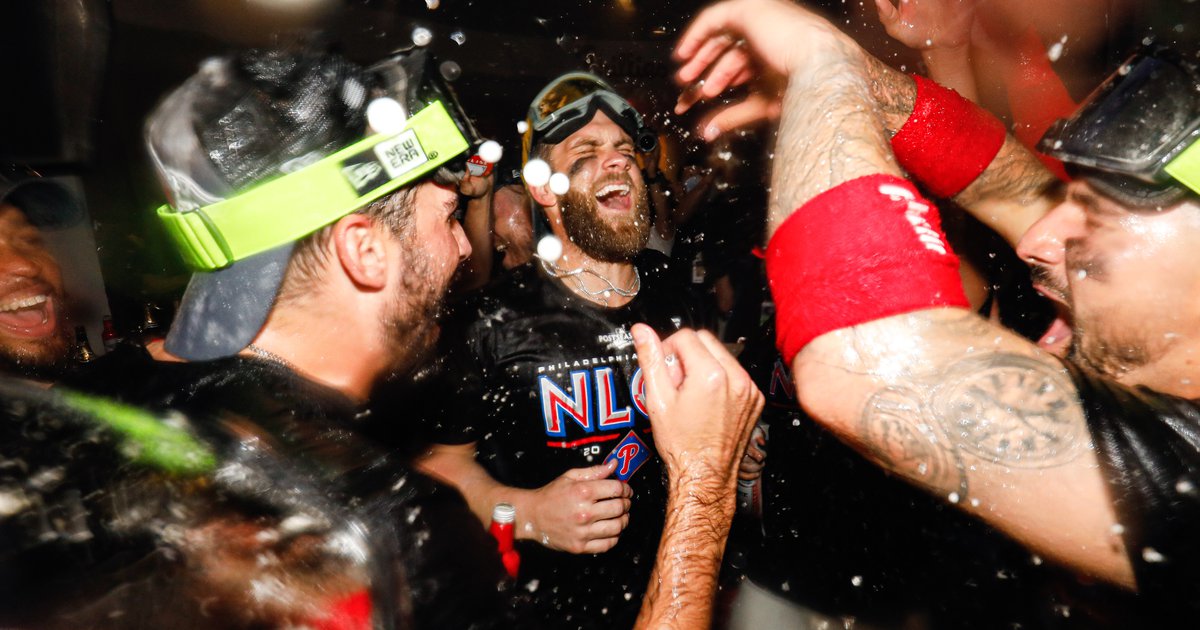 The top song among Philadelphians right now has to be “Dancing On My Own,” an elite pop song from Swedish singer Robyn that also has a 🔥 remix from Calum Scott and Tiësto. It’s become the anthem for the Phillies’ postseason, as players have blasted it and sung it in the locker room after the squad clinched a playoff berth and won two playoff series.

The Phillies and their fans can’t get enough of it and it will now be ringing throughout Rittenhouse Square twice per day during this current postseason run at 12:30 p.m. and 5:30 p.m.

Real estate developer Southern Land Company is behind this new addition to Red October and will play the song from The Laurel just across the street from Rittenhouse Square Park.

PHILADELPHIA (October 19, 2022) – Southern Land Company (SLC), a national real estate developer of award-winning mixed-use developments and master-planned communities, has caught Phillies fever. In support of the club’s postseason run, the SLC team at The Laurel Rittenhouse Square is bringing the party to the corner of Rittenhouse Square for #RedOctober by broadcasting the Phillies’ new clubhouse anthem, Calum Scott’s “Dancing on My Own” (Tiësto Remix), from the tallest luxury residential tower in the city each day the Phillies are in the playoffs.

“There’s nothing more exciting than October baseball, and who isn’t captivated by our Phillies’ run to the NLCS?” said Brian Emmons, SLC Vice President. “Our team at SLC and The Laurel wanted a fun way to celebrate and join the community in spreading Phillies fever, so naturally we came to the idea of belting out ‘Dancing on My Own’ across Rittenhouse Square.”

Phillies fans can join the fun and show their pride every day throughout the playoffs at 12:30 p.m. and 5:30 p.m. at Rittenhouse Square, just across the street from The Laurel. Outdoor speakers will send the iconic tune reverberating throughout Rittenhouse Square from the soon-to-be completed luxury condominiums which are slated to welcome the first residents next month.

Have fun dancing on your own on your way back to the office after your lunch break or on your commute home.