Built or bought? Comparing the Padres and Phillies NLCS rosters 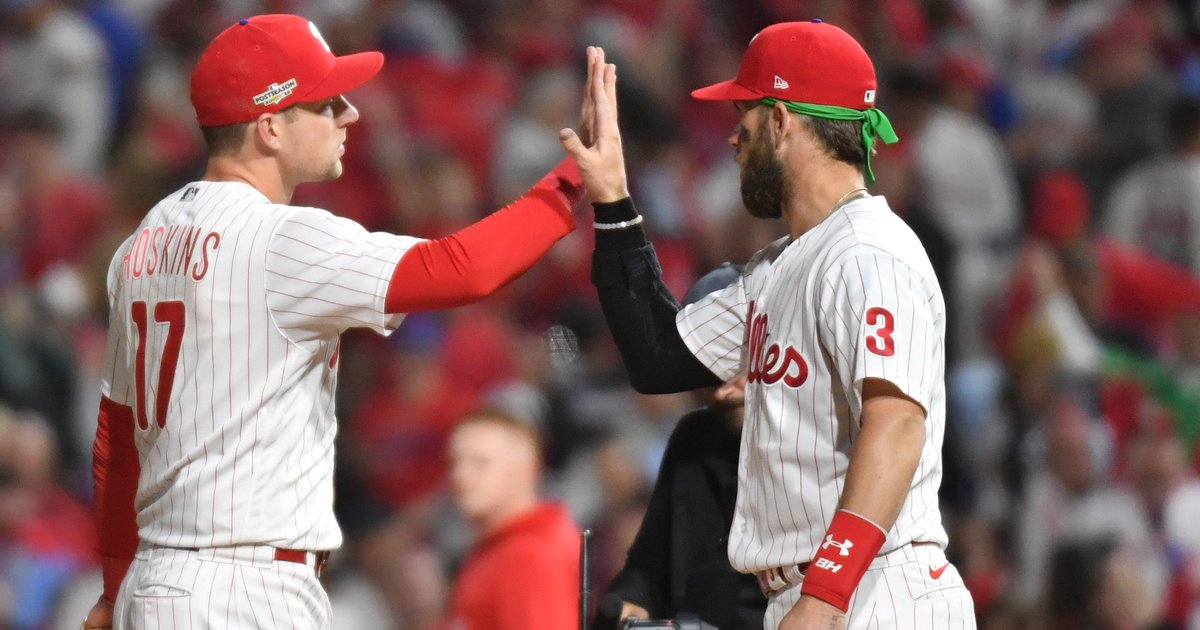 SAN DIEGO — I’ve probably heard it said 10 times over the last few days in the lead up to the NLCS… that the Padres and Phillies, both Wild Card teams in large markets that have spent their way into contention, have a lot in common.

And at first glance, it’s a reasonable comparison to make.

The teams finished pretty close together in the standings and each has been making splash after splash during the last few offseasons and trade deadlines. According to Spotrac.com, the Phillies ($172m) and Padres ($167m) have the second and third highest payrolls this season respectively, behind only the Mets.

But when you look a little deeper, you can see there are some major differences — the most noteworthy of which is that the Phillies have actually harnessed their own cheap talent and the Padres have not.

Yes, we said it. The Phillies, who have notoriously drafted horribly and have been forced to bail on several of their most recent top prospects (ranging from J.P. Crawford to Adam Haseley to Mickey Moniak) have seven times as many homegrown players in the postseason than San Diego does.

For this informal data set we just looked at player who’ve appeared in a game in the NLDS to keep it to relevant players. The Padres have Steven Wilson, a 2018 draftee, as their lone developed prospect. The Phillies have Aaron Nola, Rhys Hoskins, Alec Bohm, Bryson Stott, Seranthony Dominguez, Ranger Suarez and Matt Vierling.

The daycare guys that have gotten reps down the stretch have been key this postseason, John Middleton told PhillyVoice after the Phillies clinched the NLDS last week.

“To Rob Thomson’s credit he brought younger guys up… these guys now believe in themselves,” the principle owner of the ball club said. “They believe they belong here and that’s honestly what’s made the difference for us.”

They each have a ton of household names as well, with Juan Soto, Josh Hader and Manny Machado starring for San Diego with sluggers Bryce Harper, Kyle Schwarber, J.T. Realmuto and Nick Castellanos on the other side.

Now this doesn’t necessarily mean the Phillies roster construction process is better. The Padres clearly were able to develop enough desirable assets to acquire 14 players via trade. That’s pretty impressive in and of itself.

But it does give the Phillies a little bit of a different feel as they continue to be compared to the Padres. Their payrolls are similar, sure, but they have far fewer mercenaries and the fact that players like Harper and Realmuto (both big ticket free agent signees) are celebrating their first ever playoff success in Philadelphia is an endearing trait for fans to be sure.

These two teams also have different playing styles, with the Phillies using power pitching and power while the Padres have an all around talented pitching staff and play good defense.

On Tuesday night the Phillies road Zack Wheeler to a dominating win, which also proves that none of this matters if you don’t also have really good playoff arms.