Handing out 10 awards from the Eagles-Cowboys game 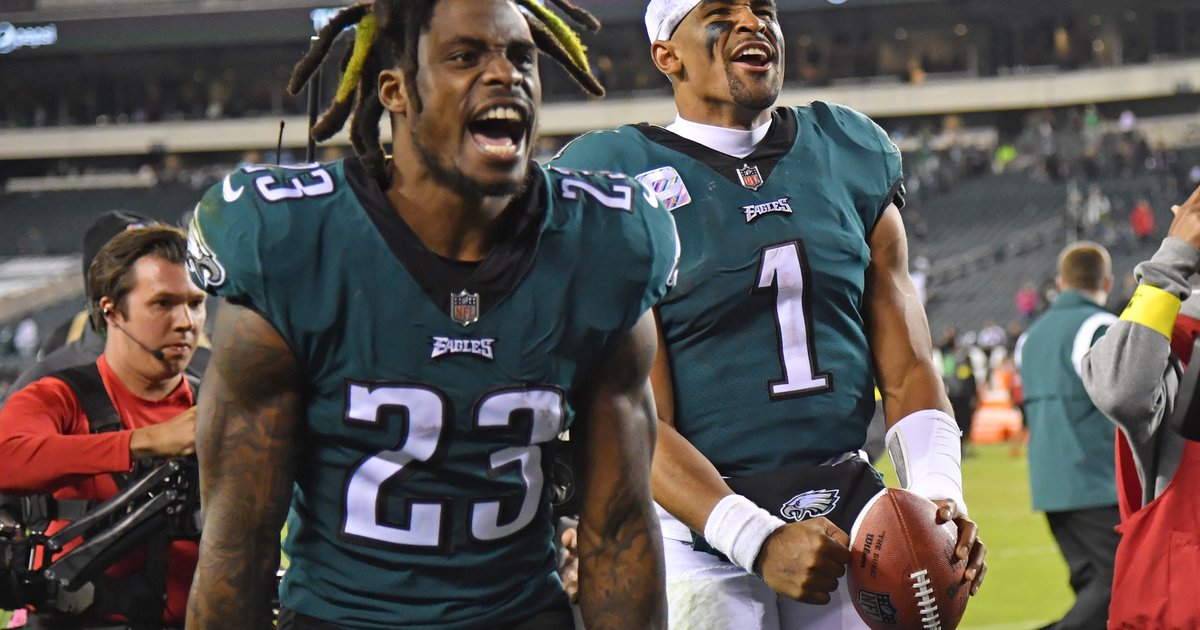 The Philadelphia Eagles are now 6-0 after dispatching of the Dak Prescott-less Dallas Cowboys, 26-17, in a huge rivalry game in front of a national audience on Sunday Night Football. As always, win, lose, or tie, we hand out 10 awards.

The Eagles’ defensive backs were predators, and Cooper Rush was their prey on Sunday night, as Chauncey Gardner-Johnson picked off two passes, Darius Slay intercepted another, and James Bradberry had a slew of pass breakups, one of which led to a turnover on downs, and one that led to one of Gardner-Johnson’s picks.

In his first four starts of the season, all wins, Rush had not yet turned the ball over. No INTs, no lost fumbles. Against the Eagles, when Rush tried to throw the ball down the field, the Eagles’ defensive backs took advantage of his less than stellar arm strength and made plays.

The Eagles are now +12 in turnover differential on the season, best in the NFL.

Cowboys DE DeMarcus Lawrence did some chirping leading up to this game, in case you missed that:

“Has he played us?” Lawrence asked. “All right.

“All you need to write is be hasn’t played the Cowboys yet, so we don’t know how good he is.”

The Eagles’ offense certainly didn’t dominate the Cowboys’ defense, but they did put 26 points on the board, and Lawrence didn’t sack Jalen Hurts. Ultimately, if you run your mouth, you better win or you’re going to get mocked.

One way to neutralize great players is to simply leave them unblocked, “read” them, and allow them to pick their own poison. That’s what the Eagles did on several occasions with Parsons, notably on a TD pass to A.J. Brown.

If Parsons covered Brown, Hurts would have just run with it. If he attacked Hurts, Brown would be left wide open.

The Eagles’ game plan for Parsons was reminiscent of their approach against Von Miller during a 2017 game against the Denver Broncos.

For the second week in a row, the Eagles had a long ass fourth quarter drive that helped seal a win. In Week 5 against the Cardinals, they executed a 17-play 70-yard drive that lasted just under eight minutes, ending with a field goal. Against Dallas Week 6, the Eagles engineered a 13-play, 75-yard drive ending in a touchdown.

To be able to consistently move the football while bleeding large chunks of clock is an incredible weapon, and could serve the Eagles well should they make a run in the playoffs.

Lane Johnson’s importance to the Eagles cannot be overstated, and the offense changed after he left with a concussion in the second quarter. Johnson will have some extra time during the bye week to hopefully heal up in time to play the Pittsburgh Steelers on October 30th.

It feels like every week the Eagles have a major mistake on special teams that they are able to overcome. This week it was a 63-yard kick return by KaVontae Turpin that led to a field goal. They were fortunate that it did not lead to a touchdown. If they continue to give up big special teams plays every week, it’s only a matter of time before it’ll cost them a game.

Sirianni’s messaging to the team for this game was brilliant. Yes, the Cowboys are the Eagles’ biggest rivals, and their biggest threat to winning the division. They are also a team that has beaten them frequently in recent years.

So what? “We get motivated to play for each other more than our opponent.”

The players already know what kind of rivalry this is, and certainly, veterans that have been here a while all hate the Cowboys. That doesn’t need to be reinforced. Sirianni reminded his players that playing for each other is what really matters.

In games against non-divisional opponents, the NFC East improved to 13-3. I don’t think anyone saw that coming. The New York Giants are somehow now 5-1. An updated look at the division:

The Eagles are still very much in control, but even at 6-0 it remains a tight race.

Winning the NFC East should certainly be a goal for the Eagles. But getting the 1 seed and a first-round bye should really be what the Eagles have their sights set on, as it would give them a far easier path to the Super Bowl. It was a rough day for some of the other contending teams in the NFC on Sunday, as the Packers, Buccaneers, and 49ers all lost to average/bad teams.

With their win on Sunday against the Cowboys the Eagles went:

According to fivethirtyeight.com, the Eagles now have a 63 (!) percent chance of earning a first-round bye.

The Saints lost. If the season ended today (it doesn’t), their first round draft pick in 2023, owned by the Eagles, would be sixth overall.