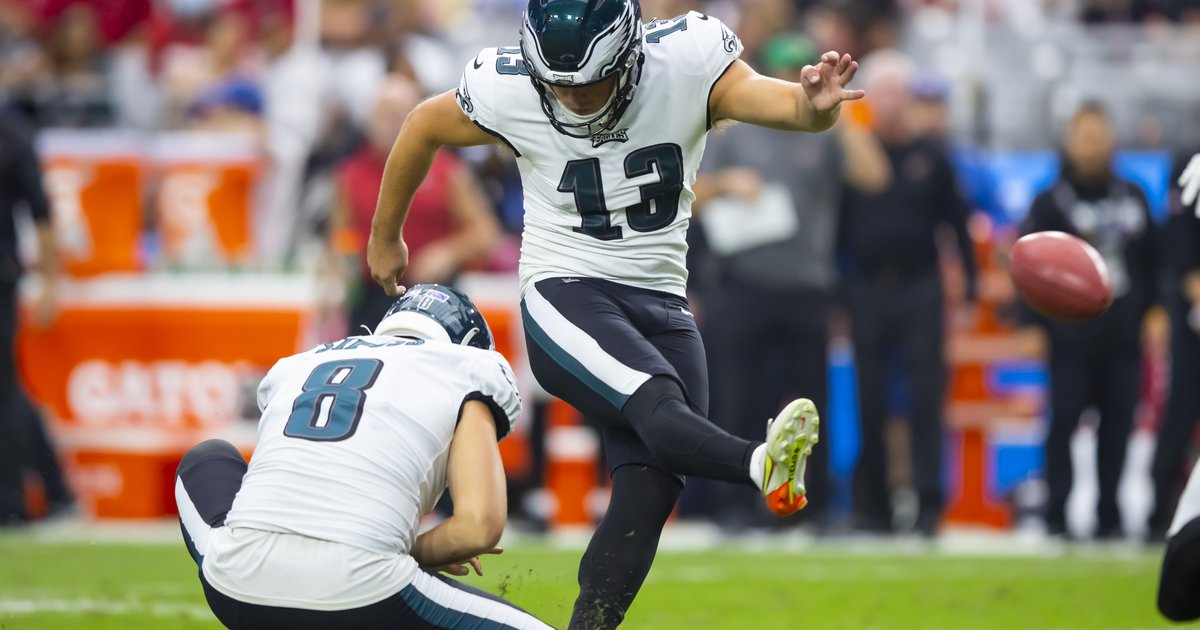 Signed at the beginning of last week as a contingency plan in case Jake Elliot wasn’t ready to play, Dicker was elevated to the 53-man roster then went 2-for-2 on both extra-point attempts and field goal attempts against Arizona, including the go-ahead 23-yard kick that set up the Eagles’ 20-17 win.

Dicker the Kicker had become Philadelphia’s unsung hero in Week 5, and the effort was acknowledged by the NFL on Wednesday with NFC Special Teams Player of the Week honors.

“It’s kudos to him, kudos to the field goal unit, the operation,” Special teams coordinator Michael Clay said on Tuesday. ” Tyler Brown (special teams quality control coach) just working with him and just getting him comfortable. You see after all those PATs and field goals, the guys on kickoff all dapping up, which was really cool to see. A guy that people have known for three days gets the help from everybody else, which was really cool to see.”

The Eagles did take the 22-year old kicker in quick and he ended up being key in getting them to 5-0, and depending on the status of Elliott’s health, may be needed again for Sunday night against Dallas at the Linc.

“Dicker the Kicker, man,” tight end Dallas Goedert said postgame Sunday. “He came in and just like anything, we got a tight-knit group. It doesn’t matter who comes in, we’re family. We accepted him right away. We knew we needed him, so it was cool getting to know him.”

Since the season opener against Detroit, the Eagles have had a Player of the Week on at least one side of the ball after every game, and Dicker’s award keeps that streak alive.

If Dicker does come back to kick for Week 6, you can be sure there won’t be any nerves, not even in primetime.