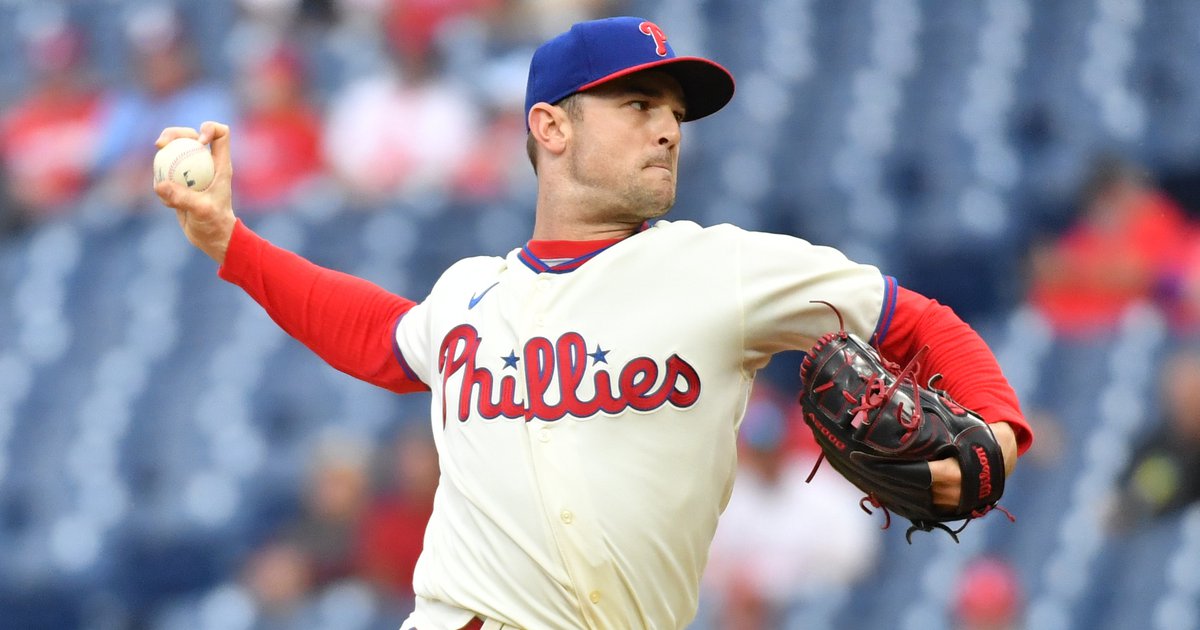 The Phillies set their NLDS roster Tuesday morning, but reliever David Robertson wasn’t on it.

The 37-year-old righthander suffered a right calf strain celebrating Bryce Harper’s home run during the series-clinching Game 2 against the Cardinals Saturday night and was sent back to Philadelphia for a PRP injection, manager Rob Thomson announced during his media availability that same morning.

“He’s devastated,” Thomson said (via the Philadelphia Inquirer’s Scott Lauber). “He knows how big a part he is to this club.”

The Phillies acquired Robertson from the Cubs at the trade deadline for bullpen depth after he had revived his career in Chicago.

He signed with the Phillies in 2019, but his first stint in Philadelphia was plagued by injuries while the club as a whole dealt with a historically bad bullpen.

He was adamant after the trade that he wanted his second run to be different.

“Philly is a great spot to land because I’ve been here before. I knew a lot of the guys,” Robertson said (via Phillies Nation). “I know what’s expected of you when you play here. And I relish the opportunity to be here and be a part of this team. You know, I felt like my first time here just didn’t go well for me or for the Phillies. I blew my elbow out so quickly in there and just couldn’t get right only to figure out that I tore it up so bad that I couldn’t pitch.”

Robertson appeared in 22 games for the Phillies through the final two months of the regular season, recording a 2.70 ERA and a 1.37 WHIP in 23.1 innings pitched.

He threw a scoreless eighth in Game 1 of the Wild Card series at St. Louis on Friday, striking out two before the Phillies mounted their six-run rally in the ninth to win.