How do the Phillies and their roster stack up against the Cardinals? 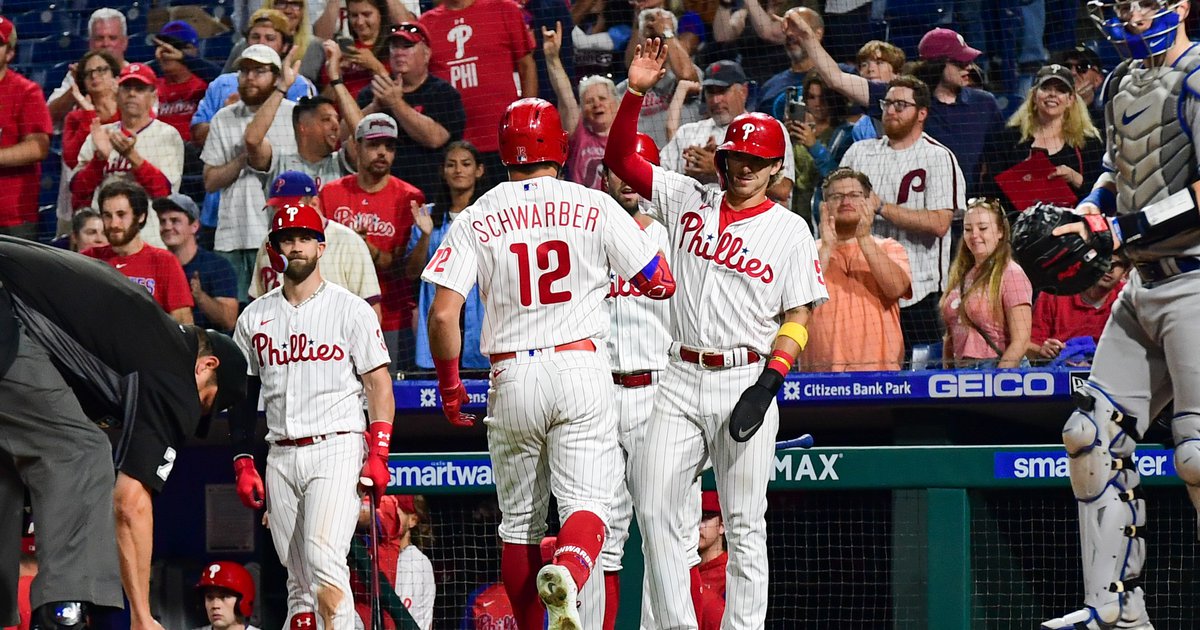 Don’t let their seedings fool you. The No. 6 Phillies and No. 3 Cardinals are an extremely evenly match and either team could sweep, be swept, or go the distance in this weekend’s three-game Wild Card round.

The Phils won the regular season series 4-3 and despite being on the road for the entire series, they are not really huge underdogs:

The Cardinals are -140 to win the wild card series over the Phillies (+120) at @DKSportsbook.

That’s the football equivalent to being a 2.5-point favorite at home.

So how do the Phillies measure up across the board against their fellow foes in red? We’ve broken down a few different categories trying to determine just that, and it appears Philadelphia’s roster and body of work is just as impressive, despite them having fewer wins this season.

The Cardinals have a timeshare behind the plate, with 39-year-old soon to retire Yadier Molina and Andrew Kinzner each starting 77 times this season. They both hit an identical .215 this season and have nine combined homers. Each is more known for defense and calling pitches.

The Phillies on the other hand have the BCIB (best catcher in baseball) in J.T. Realmuto, who many would agree has been the team MVP this season. His numbers, while also playing a mean defensive backstop are impressive: .276/.342/.478, 22 HR, 84 RBI, 21 SB.

The Phillies and Cardinals both can bash the ball, with Philadelphia obviously led by Kyle Schwarber and his NL best 46 dingers. There is power up and down the Phils’ lineup, with Bryce Harper’s partial season showing tons of extra base hit potential, Rhys Hoskins’ 30 homers and Realmuto’s 22 HR and 84 RBI impressive for a catcher.

*Harper had 18 and missed 60 games due to injury

The Cardinals also have an abundance of talent and nearly everyone in their lineup can go deep too. Albert Pujols joined the 700 homer club this season and is a first ballot hall of famer — who was on the field when St. Louis ended the Phillies “dynasty” back in 2011.

Nolan Arenado and Paul Goldschmidt each have MVP caliber bats and if either of them is up in a key spot the Phillies could be in trouble.

Padres up big late. Looks like it’ll be Phillies-Cardinals in the first round.

The Phillies have found a way to get on base at a pretty impressive clip despite not having a conventional leadoff hitter and as such they boast the third best batting average in the National League.

Still, it would be sort of hard to jump to a conclusion one way or the other based on the numbers below:

Goldschmidt and Arenado will be the two stars that Phils pitching will worry about, as they’ve hit .317 and .293 respectively on the year (not to mention their combined 65 homers and 217 RBI). The Phillies don’t have a .290+ hitter and have been one of the more streaky teams when it comes to hitting across the board.

The Cardinals have announced their first two starters so we’re making an educated guess for Game 3, but the Phillies top two arms, when they pitch well, are as good as any other team they’ll face in the playoffs.

“Just our pitching,” Thomson said (via The Athletic). “Our rotation. Wheeler, Nola, Ranger. You match them up against anybody, really.”

It’s possible that the starters give the Phillies their best chance to beat the Cardinals. Wheeler pitched seven scoreless innings twice against the Cards, both wins in July. None of the other two Phillies starters have faced St. Louis this season.

Going through some Cardinals-Phillies numbers and this is bizarre (MLB ranks).

It would be hard to argue the Phillies have the better bullpen based on the numbers alone. After a strong middle of the season, the Philadelphia pen fell off — though it was still better than the prior two years — and is certainly less efficient than one might hope. They have the 11th best bullpen ERA of 15 NL teams. Some more numbers:

The Phillies would be well off avoiding All-Star closer Helsley, who has not appeared in a losing effort in 26 appearances. The last time St. Louis lost a game Helsley appeared in was actually a Phillies 1-0 victory back on July 9. In his next outing on July 10, he earned a save against the Phils. He pitched two scoreless frames against them in 2022.

Rob Thomson went 65-46 in his first season (or partial season) as a big league manager. He’s shown he is a true player’s manager and the Phillies appear to love playing for him. Thomson does have a ton of playoff and World Series experience. He worked in the Yankees front office and as an assistant coach during their 1990s dynasty, and took over as first base coach in 2006 and later was Joe Girard’s bench coach, helping the club to beat the Phils in the 2009 World Series.

Cardinals’ skipper Oliver Marmol is much younger (he is just 36) and as such has a lot less experience. He worked his way up the coaching ranks from the minors assuming his current job after stints as first base and bench coach.