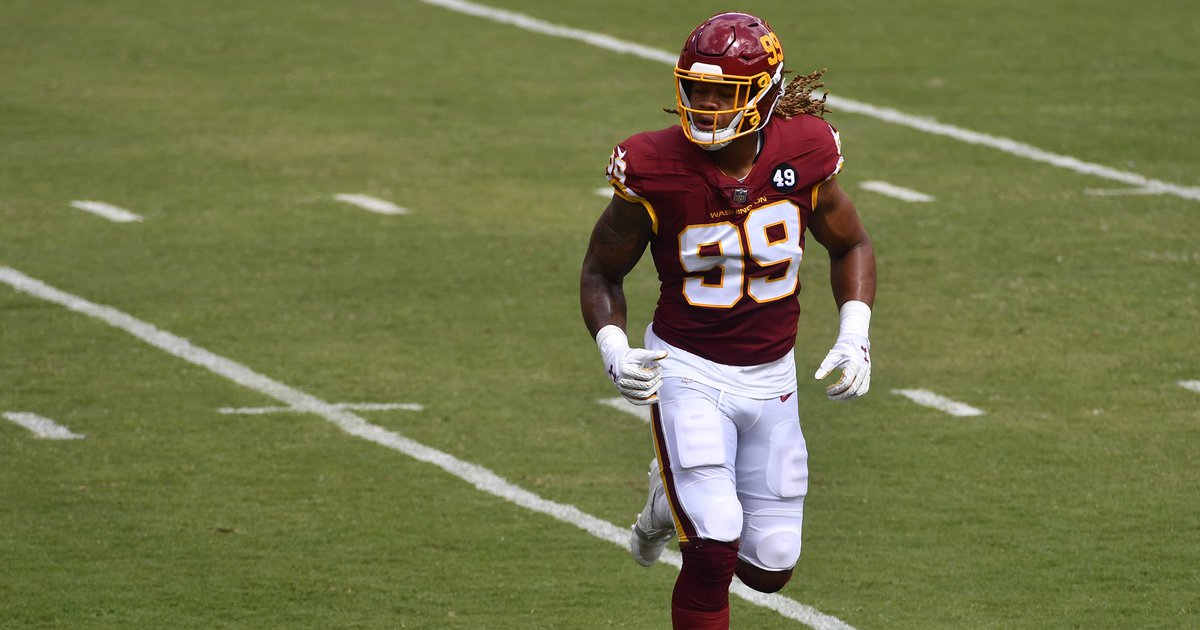 The Philadelphia Eagles remain a very healthy team after the first two weeks of the season, with their only notable long-term injuries being suffered by DE Derek Barnett and backup LT Andre Dillard. The Washington Commanders have some significant injuries to overcome on both sides of the ball.

• The Eagles had a walkthrough on Wednesday, so the injury report is an estimation of participation if it were a regular practice.

• We’ll monitor Watkins as the week progresses. Reddick and Maddox were at least (projected) limited participants, so no need to worry all that much about them, for now.

• DE Derek Barnett (IR): Barnett tore his ACL Week 1 against the Lions, and his season is over. After a 2021 season in which he had 8 penalties vs. 2.5 sacks, Barnett lost his starting job, but remained a depth player poised to get his share of snaps in 2022. With Barnett out, expect more snaps for second-year player Tarron Jackson.

• LT Andre Dillard (IR): Dillard broke a bone in his forearm that requires surgery. He’ll be out 4-6 weeks, per reports. We covered his situation in more depth here.

• We’ll update with the Commanders’ injuries when they are made available.

• DE Chase Young (PUP): Young is still recovering from a torn ACL suffered last season. He is on Reserve/PUP, and will miss the first four weeks of the regular season.

• C Chase Roullier (IR): Roullier is the Commanders’ starting center, and a good player. His season is in jeopardy after he suffered a lower leg injury against the Lions Week 2. Starting RG Wes Schweitzer would likely start at center in Roullier’s absence, but Schweitzer has been banged up as well, as he missed the Commanders’ Week 2 game in Detroit with a hamstring injury. We hypothesized on what the Commanders will do along their line in our five matchups to watch.

• RB Brian Robinson (NFI): Robinson was the victim of an attempted carjacking, during which he sustained multiple gunshot wounds. He was poised to take over starting running back duties from incumbent Antonio Gibson, but those plans were set back by his unfortunate incident. Robinson amazingly returned to practice last week, and could return to the field in October.

• DT Phidarian Mathis (IR): Mathis was the Commanders’ second-round pick this year. He tore his meniscus Week 1 and his season is over.