Who won the week in Philly sports: Howie Roseman is giving the Eagles the best of both worlds 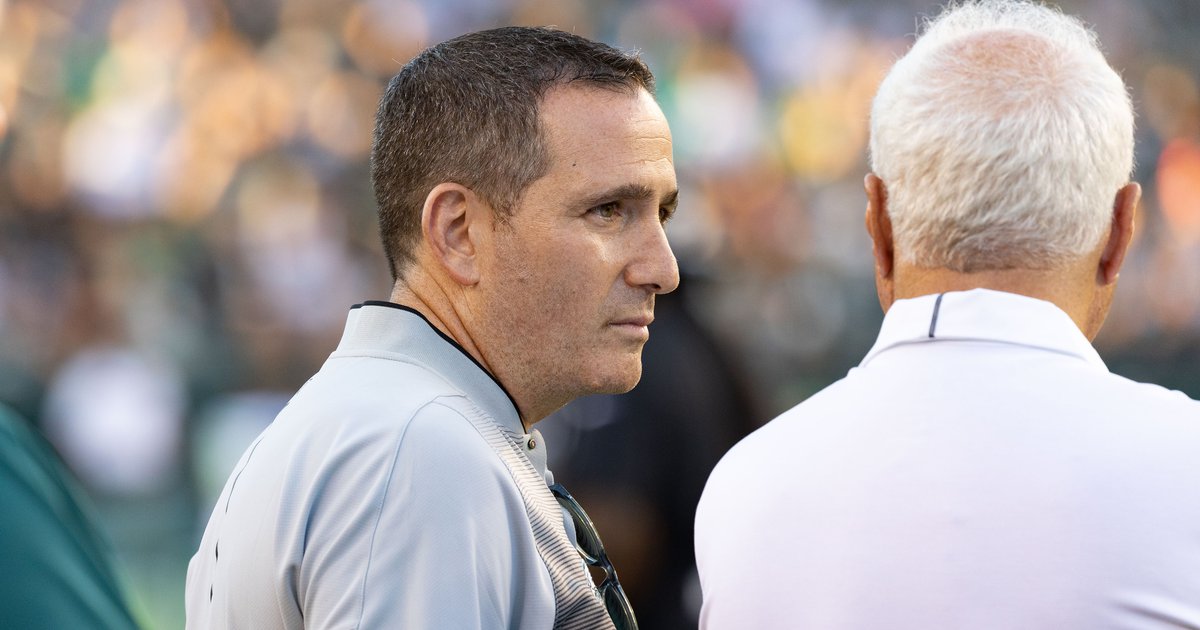 The most crucial aspect of a general manager’s job is to wade between winning now and building for the future. The city saw that happen during the Phillies’ Golden Age during the late ’00s and early ’10s as the Fightins collapsed into a decade of irrelevance. The Sixers spent three seasons throwing away the present for later title contention (they’re still not there). The Flyers are on a timeline that defies the laws of physics.

At the NovaCare Complex, Howie Roseman is doing a balancing act that has him walking that tight rope. The Eagles have an influx of young talent that should carry the team over the next half-dozen years while also having a roster capable of winning the division and making playoff noise this fall.

Look, we know all of Howie’s misses. Jalen Reagor over Justin Jefferson and J.J. Arcega-Whiteside over DK Metcalf will live in infamy. It’s bad process to take a Big 12 wideout with underwhelming numbers over a star wideout one of the best offenses in the history of college football. That’s not up for debate.

Roseman’s process over the last two offseasons, however, has been sound. Those moves were on display in Cleveland over the last week in joint practices and in the Eagles’ preseason matchup with the Browns. With the Birds’ young talent showcasing that they’re ready for big time success, I’m giving Roseman the prestigious honor of the person who “won the week” in Philly sports.

No one’s stock has risen during the preseason more than rookie center Cam Jurgens. The second-round pick out of Nebraska has been filling in for Jason Kelce while the All-Pro recovers from elbow surgery. With the huge caveat of it’s just the preseason and he’s stepping in the cleats of a future Hall of Famer, Jurgens has looked like, well, a younger Kelce.

Watch him work in space and absolutely pancake a dude:

He’s so smooth in the open field while simultaneously being ferocious.

There was a bit of a stir when the Eagles selected Jurgens 51st overall back in April. Why “waste” a second-round pick on a center who can’t play Year 1? Well, Kelce won’t be forever. Having offensive line depth is a must in this league and one of the reasons the Eagles were able to win the Super Bowl in 2017. Kelce is injured right now, necessitating Jurgens to step in and bully defenses. I don’t know if Jurgens first start in midnight green will come Week 1 in September or Week 1 2023, but the dude is going to be ready to take that torch from Kelce when he does and anchor the o-line.

How long before we see advertisements for Beef Jurgy, Jurgens’ very own beef jerky, on local television?

DeVonta Smith had an active day. He had a catch in the middle of the field with some room to run, and he looked like he had some juice in the open field. There have been a few times throughout camp in which I have been surprised by Smith’s athleticism in which he left me thinking, “I didn’t know he could do that.” For example, in each of the last two practices, he had leaping catches near the sideline in which he showed off serious hops. Today’s flashy run after catch was another example.

Smith also got into it a bit with safety Richard LeCounte, who played at Georgia and faced Smith when he was at Alabama.

That’s fun trash talk and all, but I think it goes beyond that. I imagine Smith appreciated his head coach having his back, and with a pretty sweet retort, too.

Players from each team were woofing at each other throughout the final 11-on-11 session of the day.

The dude can ball out and Eagles fans have to love that energy from the receiver. Smith has WR1 upside. It just so happens that he’s now playing in the same offense as A.J. Brown. The fact that the picks the Eagles used to maneuver up in the 2021 NFL Draft to acquire Smith were from the Carson Wentz trade only emphasizes the way Roseman has retooled the roster on the fly (though the issues were created by Roseman himself).

The Best of Both Worlds 🌎

Smith, Jurgens, Jordan Davis and Nakobe Dean are in Philly to keep the Eagles on the path of contention for years to come. Brown, James Bradberry and those same youngsters are here to win now. Worrying about how Roseman will draft in the future, especially armed with two first-round picks in the 2023 draft, is fair, but the cupboard has been stacked.

August is a time ripe for optimism and Eagles fans should be amped about the direction of this franchise.

“Who won the week” runner-up: Patrick Cantly at the BMW Championship in Delaware.