Flyers check-in: The vibe is still in shambles 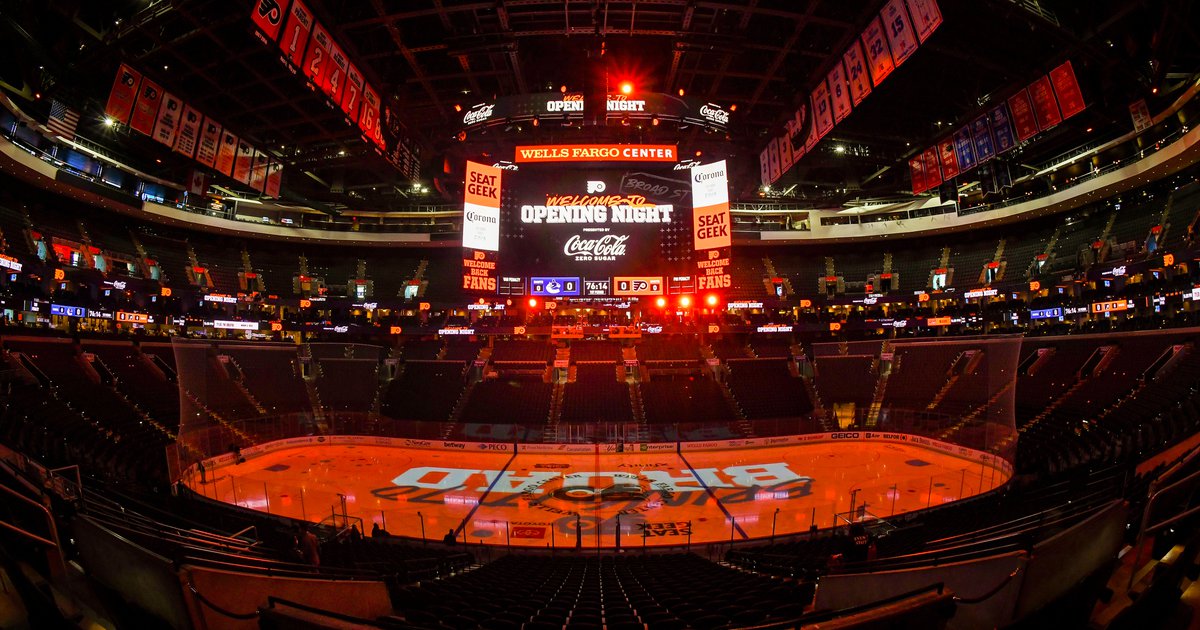 Flyers buzz will start picking up once training camp presumably begins next month, but unlike past years, there really doesn’t seem like much to get all that excited about heading into a new season.

The “aggressive retool” ended up pretty passive, Joel Farabee and Bobby Brink got hurt before they even hit the ice, goaltender Ivan Fedotov is stuck in an extremely concerning situation in Russia, Ryan Ellis’ status is still a mystery, and whoever wasn’t injured from the total mess that was last season is left trying to prove that their struggles were exceptions, not the rule.

And oh, by the way, the fourth worst team in the league last season is more than $2.5 million over the salary cap as of Saturday.

Can things turn around? Maybe. The chances aren’t totally at zero, and the Flyers, at least publically facing, are banking on health and new coach John Tortorella to pull that off.

But ask most fans right now and the vibe is in complete shambles, and on Thursday, we got actual data to back that up…

A vote of no confidence

The Athletic turned to its readers to help rank the confidence in the front office of all 32 teams in the NHL. With more than 18,000 responses, grades were doled out in the following categories: roster building, cap management, drafting and development, trading, free agency, and vision.

How did the Flyers do?

What hockey analytics writer Dom Luszczyszyn had to add about the Flyers:

So … this wasn’t even close. Flyers fans are angry and the sheer ineptitude is easy to spot from the outside. The Flyers’ total score by its own fans was 0.6 points lower than the next worst team and the team’s report card is straight D-minuses. There is nothing currently redeeming about the way the Flyers are doing business. This wasn’t a small group of fans either. The Flyers fan base had 1,000 respondents, the fourth highest of any team. The Flyers faithful are mad and they want it to be known.

They’re a bottom-five team that is somehow over the salary cap. None of their contracts are easily moveable, making it impossible to sign an elite homegrown talent that might have actually moved the franchise back in the right direction.

There is nothing positive on the horizon here — it’s a big mess that will not only be extremely difficult to clean up, it’s a big mess that was almost entirely preventable when each major decision was made. The Flyers are what happens when a person superglues their hand to a wall because they think it’ll help them climb it. Now they’re just stuck. (The Athletic)

The vibe is in shambles.

Usually played at Christmas time, the World Junior Championship out in Alberta was canceled after barely getting off the ground due to COVID-19.

The IIHF and Hockey Canada opted to give the tournament another go this month, but you’d be forgiven if you had no idea it was even happening. Not even Canada as a nation seems all that invested (and they LOVE World Juniors up there), with sparsely attended games and Hockey Canada itself embroiled in a massive sexual abuse scandal stemming from incidents going back to 2003 and 2018.

A handful of Flyers prospects are participating in take 2 of the tournament though, with a couple of them making some big noise.

Swedish defenseman Emil Andrae, the 54th overall draft pick in 2020, stole the show along the blueline with four goals and four assists (eight points) through six games before Finland blanked Team Sweden 1-0 in the semifinal.

Center Tyson Foerster, the 23rd overall pick by the Flyers in 2020, is also having a big tournament with three goals and three assists through six games for Team Canada.

Andrae will get one more chance to make an impact on the international stage when Sweden plays the Czech Republic for the bronze medal at 4 p.m. ET on Saturday.

Foerster will try to help Canada win the gold medal against Finland soon after at 8 p.m. ET.

Both prospects are 20 years old, but likely have a bit more to go before they’re ready for the NHL.

Andrae will return to Sweden after the tournament to play for the pro club HV71 in the SHL, where he’s expected to develop under a much bigger role, per The Athletic’s Scott Wheeler. Andrae will not attend Flyers training camp.

Emil Andrae says he will not go to Flyers camp this year. Back to HV71, who’ve been promoted from HockeyAllsvenskan to SHL. Should have a big role there.

Foerster, meanwhile, is coming off major shoulder surgery and is looking to prove that he can stay healthy while getting his development back on track. He was at the Flyers’ development camp in July and his showing at the World Juniors has definitely been promising.

The likelihood is he’ll start the year with the Lehigh Valley Phantoms in the AHL, but time with the Flyers this season isn’t entirely out of the question either.

“You’re always trying to come in here and make the big squad,’’ Foerster told the Wayne Fish for The Morning Call. “That’s what I will try to do.’’

Left winger Elliot Desnoyers, the Flyers’ 2020 fifth-round pick, is also playing for Team Canada but has only one assist, and defenseman Brian Zanetti, a 2021 fourth-rounder, put up two helpers in four games for Team Switzerland.

James van Riemsdyk is playing in the offseason’s Da Beauty League and showed up to Minnesota with a new pair of gloves.

The Flyers’ glove colorway is usually black all the way through with the manufacturer name (Bauer, CCM, Warrior, etc.) written across the wrist guard in white. They also carried another set of gloves with orange accents to match with their black third jerseys, but those seemed to disappear late into last season.

The gloves van Riemsdyk has now are black too, but with a white wrist guard and orange embroidery across it.

Check it out below:

New defenseman Tony DeAngelo was also seen with the same style of gloves at a charity event in Voorhees last weekend.

Adidas, the NHL’s uniform manufacturer is bringing back the Reverse Retro uniform program this season, and the new gloves might be the first hint at what the Flyers are going for.

The league isn’t expected to reveal the new line of unis for a while, but a few designs – Vancouver, Chicago, New Jersey, Edmonton, the Islanders, Tampa Bay, Winnipeg, and San Jose – have already leaked, and if interested, you can check them out, or at least get any idea of how they’re going to look, via Icethetics’ video report below: