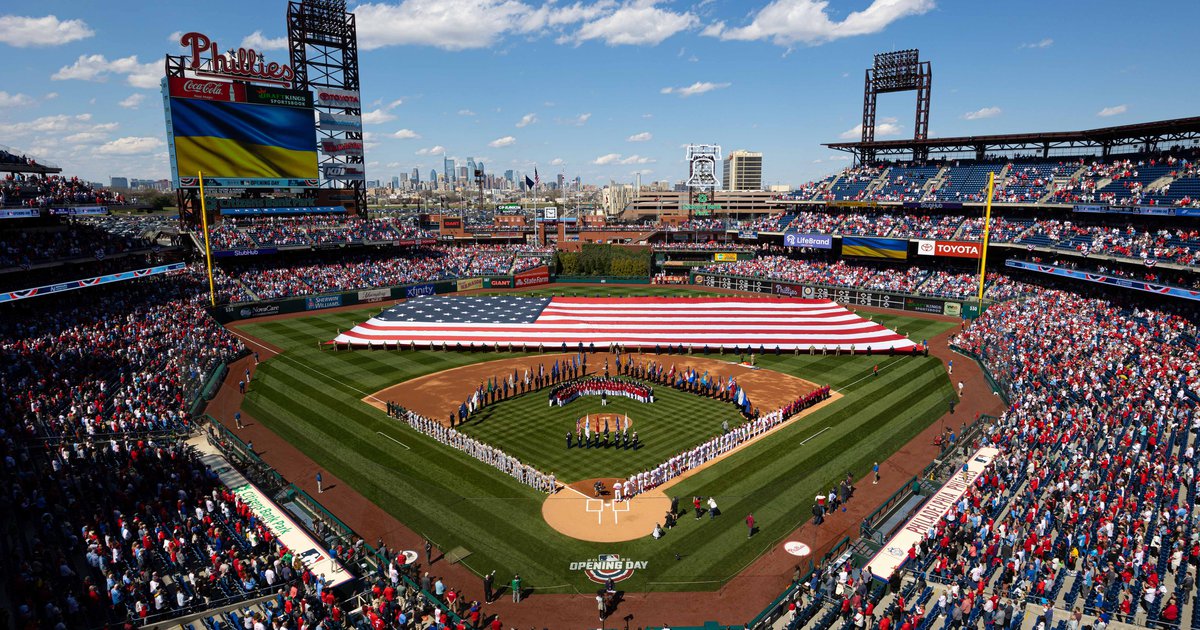 As the Phillies continue their torrid pace of losing to the Mets, salt has been throw on the wounds of Phils fans at Citizens Bank Park.

In the first half of Saturday’s double-header, a Mets fan threw out the first pitch:

The fan is the “The General” of “The 7 Line,” an “independently owned” Mets lifestyle brand:

I would be sick to my stomach if I was a Phillies fan in the crowd this afternoon. The team hasn’t made the postseason in 11 years and are struggling to beat their rival up I-95 constantly. Yes, they’re in the playoff mix, but it has to be rough to see a given fan’s most hated team show them up both before the game and during it.

I cannot fathom the reason for this. Perhaps it was some sort of charity situation? I could wrap my head around that if there was some good cause that went with this even though I’m sure Phillies fans would still not be happy. Mets fans have completely taken over CBP. Are the Phillies throwing them a bone for the huge spike in ticket sales?

As a Philadelphian, I am embarrassed for the sake of the city.

It looks like this happened because the dude bought 1,500 tickets to the game. He bought a whole section for Mets fans?

Member of the @The7LineArmy, a Mets fan group that goes to a few away games year. Usually get a big group. First pitch was a thank you from the Phillies for selling 1,500 tickets in one group.

Anyone in the organization consider saying no to that? So weird. I texted my 52-year-old South Philly lifer father about this. I can’t reprint what he said and I’d imagine a large portion of this fan base shares his sentiment.