Five over/unders for the Eagles’ preseason matchup with the Browns 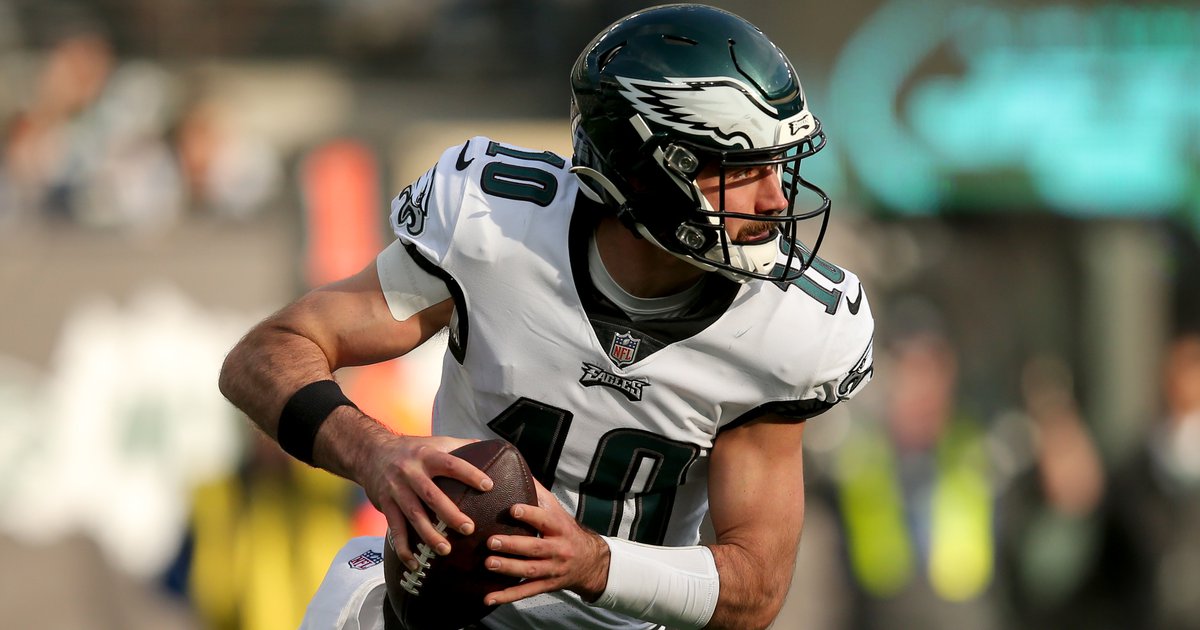 Following a pair of joint practices in Cleveland that had Jalen Hurts, DeVonta Smith and A.J. Brown looking good, the Eagles will play the Browns in their second preseason game on Sunday afternoon. Thursday’s practice may have been a push between the Birds and Browns, but Friday looked to be a day that handily went to the Eagles. Nick Sirianni has to be feeling good about his team, especially with how well the Eagles’ first-teamers played last week against the Jets.

Given all of that, I’m not sure fans will see the starters play at all on Sunday. Teams increasingly value these joint practice sessions over actual preseason games. If the guys are playing at a high level, it might not be worth the risk running them out there with the worries about injuries and wear and tear. If Hurts and Brown are torching Greedy Williams and Cleveland’s secondary during the week, that’s likely enough for the coaching staff to know they have something great brewing offensively. Put those dudes in bubblewrap.

Working on the assumption that we won’t see the starters, I came up with five over/unders to monitor during the Birds’ matchup with the Browns. For reference, here are the over/unders I did for last week’s preseason game against the Jets. I went 2-3 with my picks. I’ll take it!

(A quick reminder for those new to our over/unders: Unless explicitly stated otherwise, these are my own numbers based on how I think the players/teams will perform that week — and the advice that follows is where I would put my money if I had to.)

Against the Jets last week, all three Eagles QBs who played threw for at least 80 yards:

If Hurts doesn’t play, that’s going to mean a jump in yards for both Gardner Minshew and Reid Sinnett (maybe Carson Strong will finally see some action too?). Minshew looked decent enough against the Jets though he’s had a rough training camp overall. Regardless, he’s a top-32 QB in this league and about as good of a backup quarterback as any team could have in the NFL. Perhaps he’ll be going against the Browns’ defensive first team, but he should get at least a quarter and a half of work.

The high for passing yards in the preseason, as of this writing, is 224 from old friend Matt Barkley, who’s currently QB3 for the Bills. That Colts-Bills matchup last Saturday was six degrees of separation game for the Eagles. The first half featured former Super Bowl MVP Nick Foles (who should have his number retired one day) against Bills’ backup Case Keenum, a rematch of the iconic 2017 NFC Championship Game. Then Barkley, who spent 2013 and 2014 in Philly, relieved Keenum. The coaches were both former Eagles coordinators too, with Indy’s Frank Reich, of course, serving as the Birds’ OC in 2016 and 2017 and then Buffalo HC Sean McDermott, who was the DC in 2009 and 2010.

Does anyone love preseason football more than me?

Tarron Jackson was electric against the Jets last week. I gushed about his performance in my first-half observations from the game. Here are the running thoughts I had about Jackson’s play:

On third and goal from the Eagles’ own eight, Tarron Jackson had a great rush on quarterback Mike White (filling in for the injured Wilson), hitting the QB, causing an errant throw, and forcing the Jets to settle for a field goal. There’s a lot of depth in this defensive front. Jackson, who was a sixth-round pick last year out of Coastal Carolina, played 23 percent of the team’s defensive snaps in 2021.

Another QB hit from Jackson. He’s got a motor.

The Eagles deflected a pass at the line of scrimmage. It was, of course, Jackson who tipped it. He’s owned this first half. It forces a Jets punt.

He should get even more snaps on Sunday. The Eagles didn’t record a sack against the Jets, but I’ll say Jackson gets the team’s first preseason sack, taking down Jacoby Brissett.

Sinnett threw a touchdown against the Jets, capping off a two-minute drill fourth quarter drive with a two-yard scoring toss to running back Kennedy Brooks. The Eagles ultimately lost the game, but Sinnett “left the field with the lead” following that reallyyyyy long 18-play drive.

Relative to expectations for a 25-year-old signal-caller who’s never taken a snap in an NFL game, Sinnett looked pretty good in camp this summer with some nice zip on his throws. The Eagles seem invested in Sinnett as a long-term backup with Minshew becoming a free agent next winter. That’s wise.

Sinnett will certainly see the field a lot in Cleveland, but I don’t think he throws a touchdown unless he’s improbably the Tom Brady of the preseason with even more two-minute drill heroics.

The Eagles’ tight end room has been dealing with injuries. Developmental QB-convert Tyree Jackson tore his ACL in Week 18 against Dallas last season and continues his recovery process. Sixth-round rookie Grant Calcaterra missed a couple weeks of practice following a hamstring injury. Reps have been available for Noah Togiai, the 25-year-old former undrafted free agent out of Oregon State. He’s looked solid! He recorded four catches for 29 yards last week and with Dallas Goedert likely not getting much, if any, playing time, Togiai should still get some time to shine.

It’s more likely than not that Togiai will find himself on the practice squad than the 53-man roster with Goedert, Calcaterra and second-year blocking tight end Jack Stoll all here. Still, he’s impressed me this summer. For Sunday, however, I’ll say he narrowly hits the under on receiving yards with 43.

As Eagles beat writer Jimmy Kempski has written umpteen times, it was curious that the Eagles didn’t bring in a punting competition for Arryn Siposs given the way he struggled in 2021. For now, he’s the Birds’ punter. Against the Jets, he averaged 45.8 yards per punt (four punts) with a long of 59 yards. I’ll go with a slight over here with a 54-yard punt being his longest.