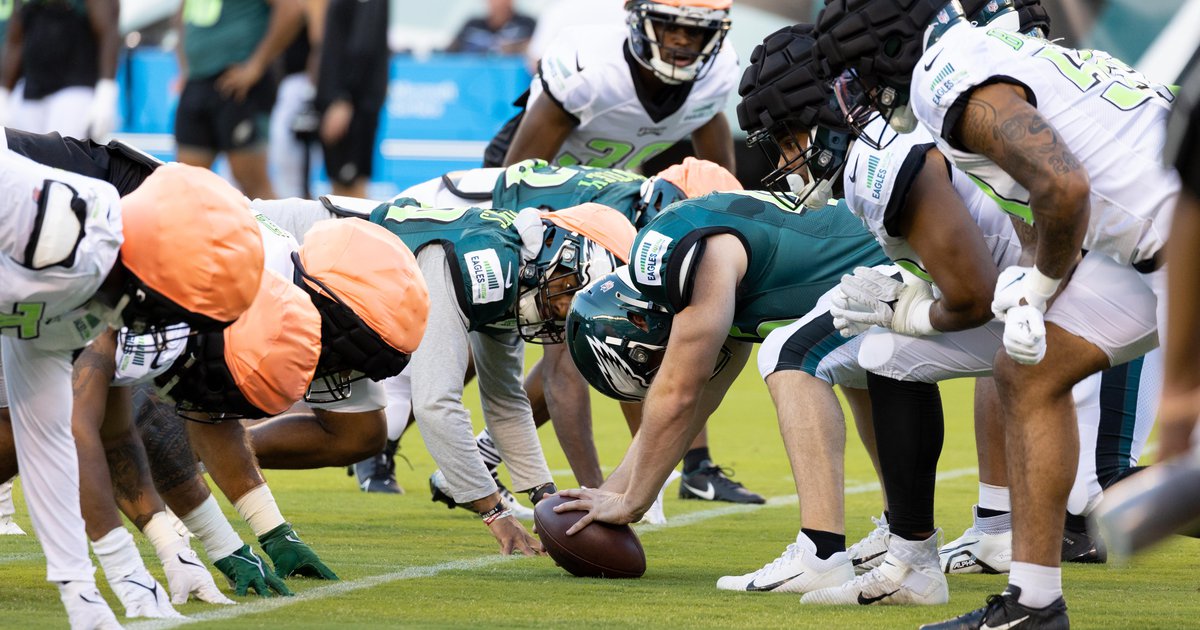 The Eagles and Browns will play a preseason game on Sunday, but in the large scheme of things, it really is almost meaningless.

In the game this weekend, second and third stringers on both sides will fight to make their cases for the handful of roster spots not already set in stone in both Philly and Cleveland. It does matter for some people, to be sure, but the real action is happening Friday afternoon in Berea, Ohio.

In their joint practices, both the Birds and Browns will be pitting their first teams against one another in the second day of two combined scrimmage sessions.

Yesterday, Jimmy Kempski recounted what he saw there, in person next to the fields at their training facility. Friday will have yet another training camp recap, but why wait?

Follow along live, right here, with our open thread and live stream just below. We’ll make it so you can see all the tweets coming from the Philadelphia media contingent out there, and comment freely as you track the action: