NFL power rankings roundup: Eagles are a popular choice to return to playoffs 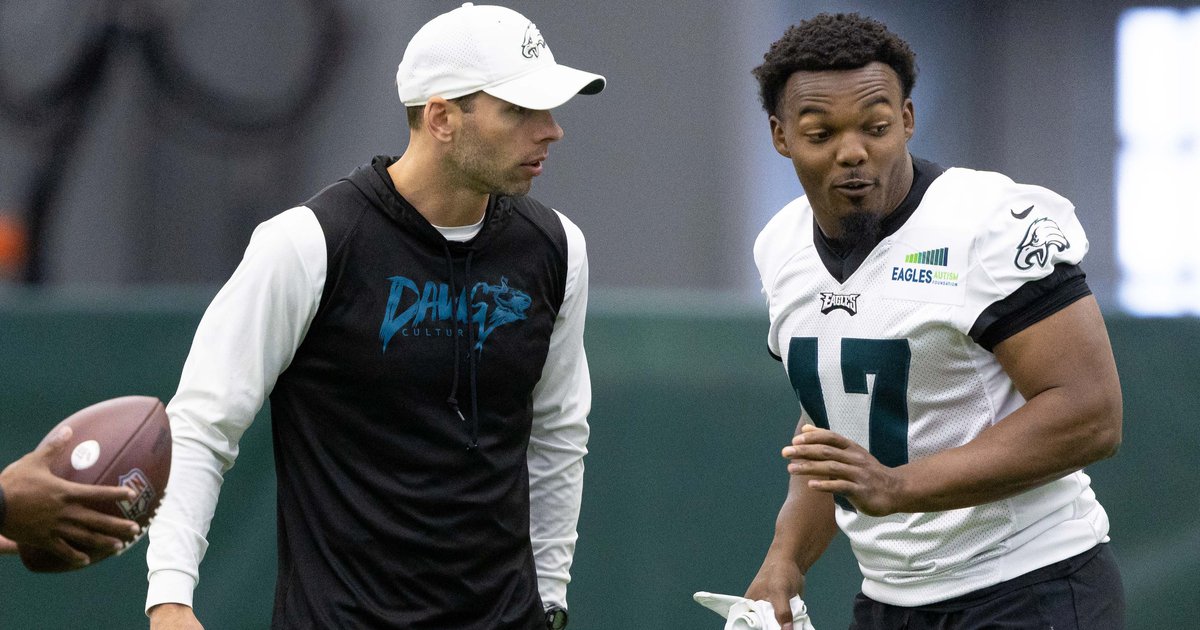 The NFL season: So close, yet so far.

The Eagles have one preseason game in the books and are in Cleveland now for two days of joint practices and exhibition No. 2 on Sunday.

It may be getting repetitive at this point, but hopes are high after a splashy offseason, and even though there has only been one series’ worth of game action from the offensive starters so far, it was a march straight down the field for a touchdown.

Hype pretty much takes over from there.

But how are the Eagles projecting with the rest of the league?

There’s been a run of early power rankings across the NFL, either published just before or right after the first week of preseason, and most see the Eagles back in the playoffs thanks to great trades, signings, and drafting.

But of course, as you’ve probably heard a million times by this point, Jalen Hurts’ progress as a quarterback will dictate how far they can actually go.

A look at the Eagles’ early power rankings with comparisons to the rest of the NFC East:

And a look into the logic

Is that a title that matters or one you event want to be tied to your team? Not really. Still, there’s a far more infamous label to throw around in Philadelphia, and it’s undeniable that the Eagles’ moves this offseason had them entering camp a far better team than they were when their 2021 season ended in January.

Sam Monson over at PFF ranked the Eagles 13th out of 32 and categorized them as a team with “eyes on the playoffs.”

I’m not sure any franchise had a better offseason than the Eagles when all is considered. Trading for A.J. Brown gives them the No. 1 receiver they have been searching for, and it also allows DeVonta Smith to concentrate on doing what he does well as the No. 2. Adding Haason Reddick and Jordan Davis reinforces a defensive front that was eroding from its peak, and grabbing James Bradberry late in the day is a really shrewd signing that could make a real difference. Georgia linebacker Nakobe Dean could also prove to be one of the biggest steals of the draft if he’s the same player in the NFL that he was in college. (Pro Football Focus)

Also ranked 13th as a playoff contender by Pro Football Network’s Dalton Miller, the Eagles have one of the league’s most well-rounded roster, but how successful they are, again, depends on how good Hurts can be.

Philadelphia will go as far as Jalen Hurts can take them in the passing game. They have one of the most well-rounded rosters in the NFL, boasting a fearsome offensive line with multiple solid receiving options.

Defensively, they added the Georgia duo of Jordan Davis and Nakobe Dean, and James Bradberry and Jaquiski Tartt should both provide value to the secondary. They still have Fletcher Cox and Javon Hargrave to terrorize the defensive interior, and Milton Williams is an athletic phenom at defensive tackle as well. (Pro Football Network)

The sample size is small, but based on camp and the lone preseason game against the Jets, Jordan Davis and Nakobe Dean could be serious problems for opposing offenses.

From Bears writer Josh Schrock, who ranked the Eagles ninth over at NBC Sports Chicago:

Nakobe Dean and Jordan Davis look like damn good players. Turns out the “Draft the Georgia defenders” plan was a good one. (NBC Sports Chicago)

From Nate Davis, who also has the Eagles in ninth over at USA Today:

Good luck finding a team with more talent and depth in the trenches, a major reason Philly should excel regardless of where QB Jalen Hurts is on his personal learning curve. Former Temple star Haason Reddick, who has 23½ sacks over the past two seasons, could be one of free agency’s steals (again). (USA Today)

The Eagles snuck up on nearly everyone when they made it to the playoffs last season. Surprise isn’t to their advantage anymore, definitely not after the high-profile offseason they had.

From the NFL staff over at Bleacher Report, who ranked the Eagles 13th heading into the preseason:

There won’t be any sneaking now. After adding star wide receiver A.J. Brown on offense and drafting a pair of potential impact players on defense in tackle Jordan Davis and linebacker Nakobe Dean, the Eagles are widely expected to give the Cowboys all they can handle in the NFC East.

If Hurts can improve his accuracy and consistency as a passer, the Eagles are capable of not only making the playoffs but doing damage once they get there. But given Hurts’ career completion percentage of 59.0 and only 22 touchdown passes in 19 starts, a measure of skepticism is understandable. (Bleacher Report)

Maybe not since Terrell Owens has a receiver come to town with this kind of hype surrounding him, but so far, he’s looked every bit the player as advertised. With size, speed, and hands, A.J. Brown is going to command a lot of attention from secondaries, which should do wonders in opening up the field on the opposite side for DeVonta Smith.

From NFL.com’s Dan Hanzus, who had the Eagles a bit further back than most entering the preseason at 15th:

This just in: A.J. Brown is a certified Dude. Well, we already knew that after a sustained run of excellence in Nashville, but it still must give Eagles fans a warm-and-fuzzy feeling to read the camp dispatches that describe Brown as the unquestioned focal point of the passing attack. Brown will command heavy attention every week, which is great news for DeVonta Smith as he looks to take his game to another level in Year 2. Philadelphia’s offense has strong breakout potential in 2022, and the presence of a legit star at WR1 is a huge reason why. (NFL.com)