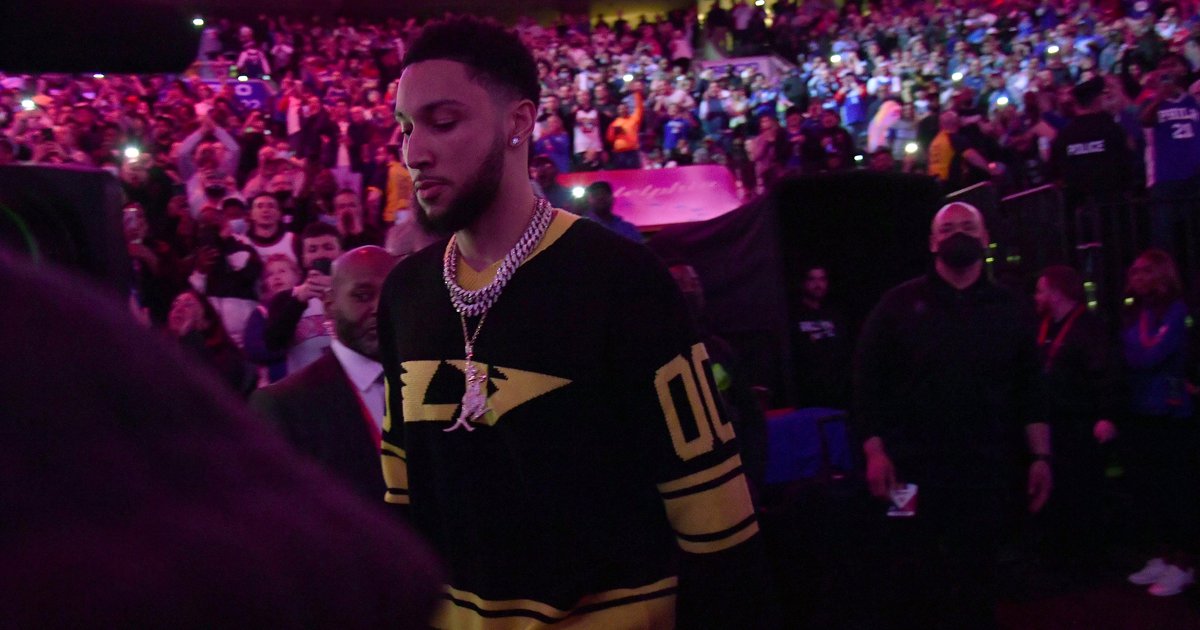 A lot can happen over the next few months, but assuming things stand mostly as they are right now, and assuming he actually does play, Ben Simmons and the Brooklyn Nets will visit the Sixers at the Wells Fargo Center on November 22.

The 2022-23 NBA schedule was released in full Wednesday afternoon, confirming the Sixers’ opening night matchup at Boston on October 18, their home opener against the Bucks on October 20, and their Christmas Day contest against the Knicks at Madison Square Garden, while also revealing several more dates against Brooklyn to mark on the calendar.

Additionally, there will be a Sixers-Nets preseason game in Brooklyn on October 3 at 7:30 p.m. ET.

But again, this is all assuming things stand as they are, which is far from a guarantee with Brooklyn as it’s turned into probably the NBA’s most combustible situation.

Kyrie Irving wants out and so does Kevin Durant – with the Sixers rumored to be one of his desired destinations in a possible trade – while Simmons has yet to play for the Nets since the February deadline deal for James Harden, or in general since the infamous Game 7 against the Hawks in 2021.

“I think it’s gonna be scary having those guys (Irving and Durant) running alongside me,” Simmons said back at his introductory press conference with Brooklyn. “Multiple different weapons on the floor and I think at the pace we want to play at, it’s gonna be unreal.”

Turns out it may have actually been.

Simmons had back surgery to relieve pain caused by a herniated disk at the beginning of May after suffering repeated setbacks in his return to an NBA floor.

Following the procedure, the Nets said they expect him to be ready for training camp in September.

Simmons originally hoped to be ready for the first trip back to Philadelphia following his trade out of the city on March 10, but that plan fell through. Instead, under a chorus of boos, he sat on the sidelines in street clothes while the Nets blew out the Sixers, 129-100.

Simmons’ timeline to return kept getting pushed pack as the season progressed, reportedly to the frustration of the rest of the team, all the way up until the Nets were swept out of the first round of the playoffs by the Boston Celtics.

The first overall pick in the 2016 draft and once thought to be a franchise cornerstone, Simmons had a messy exit from the Sixers that reached a breaking point with the postseason series loss to Atlanta two summers ago.

Citing a lack of mental readiness to play, Simmons requested a trade and held out from the Sixers until he was finally dealt to Brooklyn. He also filed a salary grievance against the organization, which just reached a settlement on Monday.

Naturally, the whole sequence of events combined with the past heartbreak of playoff failures left a bad taste with most Sixers fans.

Maybe they get the opportunity to exercise those demons come November, but again, that’s if Simmons does play and if the Nets aren’t a completely different team by then.

You can check out the Sixers’ full 2022-23 regular-season schedule at the link HERE or in the tweet below:

You can also read Kyle Neubeck’s analysis of the upcoming slate, from the toughest stretches to the biggest matchups, at the link HERE.