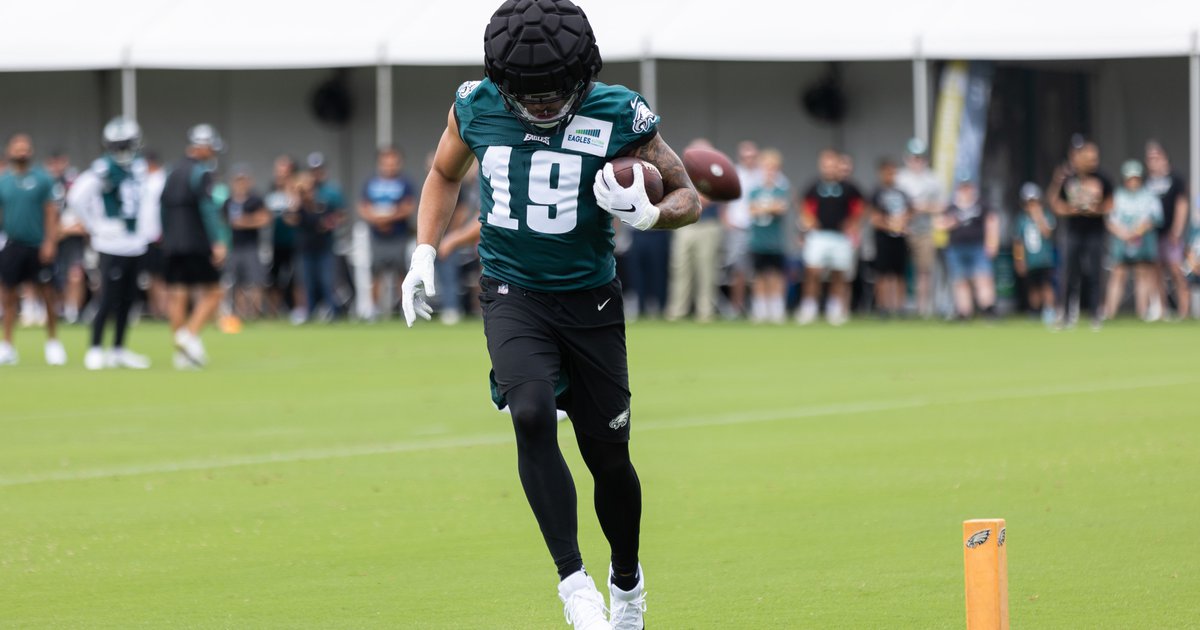 The Philadelphia Eagles have traded J.J. Arcega-Whiteside to the Seattle Seahawks for defensive back Ugo Amadi, according to a report from Tom Pelissero of NFL Network.

Arcega-Whiteside was a former second-round pick who never came close to living up to expectations. In his three seasons in Philly, he had just 16 catches for 290 yards and 1 TD. He also had some untimely bad moments along the way, most notably a drop on a would-be game-winning touchdown against the Detroit Lions during the 2019 season.

In 2021, a common thought among the Eagles’ media and fan base was that the team should consider moving Arcega-Whiteside to tight end, given his decent size (at least for a wide receiver) and willingness to block. He stayed at wide receiver, but his role really wasn’t much different from that of a tight end, as he transformed himself into a blue collar, lunch pail kind of guy who deserved some positive recognition for working hard on special teams and doing some of the dirty work as a blocker on offense. He played 170 snaps in the regular offense in 2021, again, mostly as a blocker, catching just 2 passes for 36 yards. Nick Sirianni went as far as to call him an “enforcer” in that role.

This year, Arcega-Whiteside “officially” moved to tight end, but he was basically invisible during training camp, and he only played 8 snaps in the team’s first preseason game. It was becoming clear that Arcega-Whiteside’s Philly career was on life support.

Arcega-Whiteside was a nice guy, he tried hard, and volunteered to do whatever he could to help the team. He just wasn’t very good at football. Ironically, he’ll end up being teammates with the player the Eagles should have drafted instead of him, DK Metcalf.

In Amadi, the Eagles add a slot corner/safety who has appeared in 47 games for the Seahawks, with 12 starts. In 2021, Amadi played in all 17 games, starting 7. He had 54 tackles, 1 INT, 1 FF and 6 pass breakups. The Seahawks were reportedly poised to release Amadi, so GM friends Howie Roseman and John Schneider essentially flipped players each side no longer wanted.

The Seahawks plan to cut DB Ugo Amadi as part of their first wave of roster reductions, a source tells me. Amadi has been a rotational player at nickel and has been competing with Marquise Blair and Justin Coleman for that job. Teams have to trim their rosters to 85 by tomorrow.

Amadi is a former fourth-round pick from the same draft class as Arcega-Whiteside. It’s worth noting that he will count on the Eagles’ cap for $2,540,000, since he received a player performance escalator. He likely still has an NFL future, while Arcega-Whiteside very well may not.