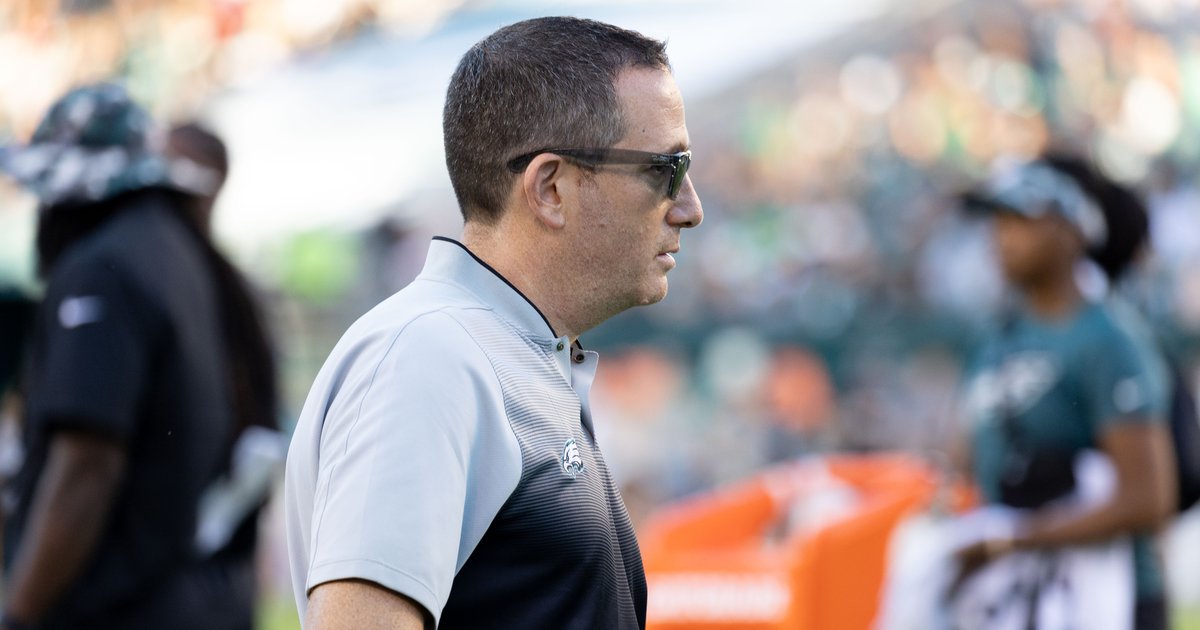 The Philadelphia Eagles are now through 10 practices, a handful of walkthroughs, and their first preseason game. Let’s go ahead and update our 53-man roster projections.

Sinnett was up and down in his preseason appearance Friday night, but he has shown enough throughout training camp that I would not risk exposing him to waivers in an attempt to get him back onto the practice squad.

Sanders is the clear RB1, and the coaching staff hopes that Gainwell can be productive in a passing down role. Scott pretty much only played last season when Sanders was hurt. I could see the Eagles adding to this positional group between now and the start of the season.

I wanted to keep Huntley as a fourth running back, but it’s hard to fit him in. He brings added value as a kick returner and he has speed, but he does not run through contact. The Eagles were able to stash him on the practice squad last year, so I don’t know why that would be any different this year.

Reagor has had his most consistent camp of his career so far, and even if he hadn’t there was never any chance the team was going to outright release him. He’s in, unless he’s traded, which remains a decent enough possibility.

Covey has shown ability as a slot receiver and he brings added value as a returner. I would have had him on the initial 53, but he reportedly sustained an injury Friday night that will allow the Eagles to stash him on the practice squad (or on IR if it’s a major injury).

Britain Covey tore ligaments in his right thumb on the fastball Reid Sinnett threw on third down deep in #Eagles territory. Obviously going to miss some time

That could open up the door for Greg Ward to survive, especially if Reagor is dealt.

Calcaterra has missed seven practices with a hamstring injury, so on some projections he might get left off the roster on the premise that you “can’t make the club in the tub.” Meh. He looked good as a receiver before he missed time, and it’s not as if there’s some tight end on the roster otherwise who should take his place.

We’re going heavy here because the Eagles have a whole lot of offensive linemen worthy of making the team, and, you know, they’re valuable.

Tuipulotu has gone from a bubble player to a near-lock, in my opinion. Wilson, Wren, and Smith are all practice squad-worthy. I think the Eagles will try to keep two of them.

Kyron Johnson has had a really quiet camp, but the team traded up to select him, so I have him on. He could use a nice moment or two to close out training camp and the preseason games to solidify his spot, but I believe he’s firmly on the bubble.

Like defensive end above, I think this group is rather cut and dried.

Josiah Scott is a new addition to this group, as he is now also getting safety reps, which means that the team is trying to see how much they can put on his plate. That’s a good sign for him. The sixth corner spot is really difficult to predict. There are arguments for Vincent, Gowan, and McCain, but Jobe has come on as of late. I wrote much of this before the Eagles’ game against the Jets and had Jobe on anyway, but the fact that he played with the second team Friday night only solidifies his placement on the roster here.

I wonder if the Eagles might keep seven corners. If so, for me it would be between Vincent and Gowan.

To be clear, I do not think the Eagles will go into the season with only three safeties, plus Josiah Scott. If they make a trade between now and the start of the regular season, it could be for more safety depth. They could also be active on the waiver wire after final cutdowns.

None of these guys have any competition.

Look for Jackson and Toth to remain on PUP into the regular season.