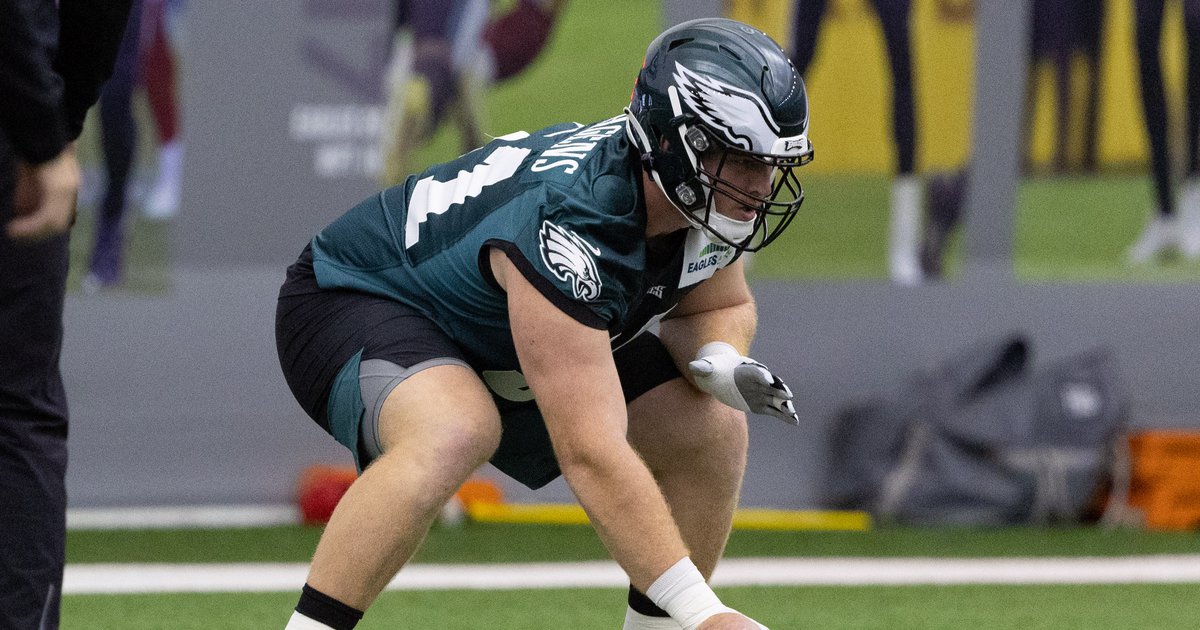 During the Philadelphia Eagles’ first preseason game against the New York Jets on Friday night, it was clear from way up in the press box that rookie center Cam Jurgens had himself a night in his NFL debut, and I was looking forward to re-watching him on Saturday.

If you watched the telecast, you already saw that Eagles preseason color analyst Ross Tucker was all over Jurgens’ play, but I don’t care — I’m going to pull clips of him anyway.

“This is my favorite player in the draft,” Jason Kelce said during Bleacher Report’s draft coverage back in April. “I’m not just saying that because we picked him. The Eagles have been using me to evaluate some of the centers coming out and of all the guys that I’ve looked at, like for the past 2-3 years, out of all the guys that compare the most to myself, this guy is him.

“He is so athletic, so fast. You see him out in space, he runs. He’s a natural athlete. You see the fluidity. He played tight end, a position convert. He’s only been playing offensive line for two years… This guy is a freak athletically. He has the best chance to be a difference-maker at the center position. I like this kid a lot. I really do.”

Kelce was out with an elbow injury Friday night, and Jurgens filled in as the starting center. A look:

1] Jurgens latches onto a linebacker on a screen and blocks him out of the screen.

2] Jurgens turns a DT and clears him out of the play.

3] Jurgens is able to wash the DT down the line just enough to allow the RB to walk in for a TD.

4] This should have been a penalty. You can’t make forceable contact with your head, forearm, or shoulder to an opponent when you are heading back toward your own goal line, and Jurgens certainly does that. I’m not sure how they missed this pretty obvious call, but it’s a fun highlight, so whatever.

5] Jurgens shows off his athleticism pulling to the edge and blocking a LB.

6] Another pull, another nice block.

7] And finally, one last pull, with a nasty finish.

When asked if he was happy with the way the Eagles used his athleticism, Jurgens responded, “They’ve been doing that with Kelce for years, so it’s a great system to be in, because I feel that that’s the stuff that I excel at.”

It almost looked on the field like Kelce changed his jersey number to 51.