Best case, worst case: Could this be Matisse Thybulle’s final year in Philadelphia? 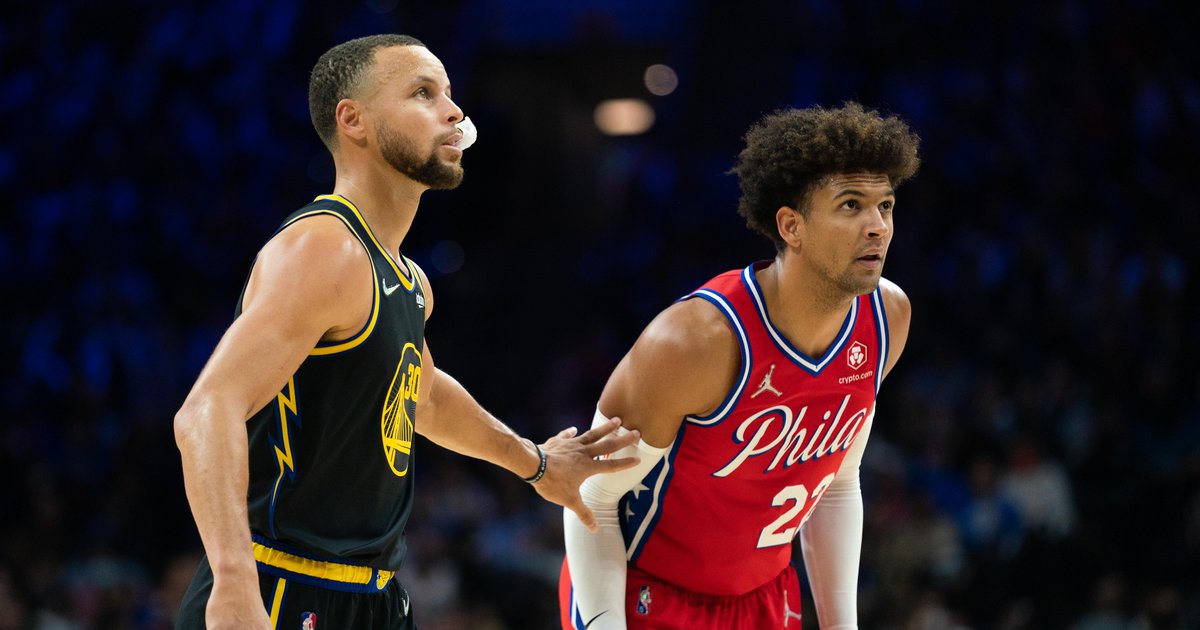 How has a fourth-year player with multiple All-Defense honors fallen so far in the eyes of local observers? Matisse Thybulle is capable of producing elite defensive stretches when he is dialed in, but the rest of his game looks roughly the same as when he was drafted. Add on his missed playoff games due to a vaccination choice, and you have the recipe for a dip in Q score.

Still, he’s a Sixer for the time being, and his path to regaining the love and trust of the fanbase is not completely out of reach.

You know exactly where I need to start — the jump shot. If Thybulle developed nothing else on offense for the rest of his career aside from the ability to make corner threes, he would be able to carve out a long and prosperous career in the league.

It’s not as though Thybulle has never flashed as a shooter, either. In the friendly confines of the Wells Fargo Center, Thybulle has shot 35.9 percent from three over the last three years, and he had a sensational year there on low-ish volume during his rookie campaign (44.4 percent on 81 attempts in home games). This isn’t Major League Baseball, where each park is unique and your method of scoring changes from stadium to stadium. It stands to reason that Thybulle will eventually be an average-ish shooter overall because it mostly means he has stopped building brick houses in the 29 other arenas.

There’s not a magic number he needs to get to in order for his year to be a success from deep. This is all about earning enough respect from defenses that they show him respect and actually defend him beyond the arc. The moment teams begin to do that, his NBA life will change. He’ll help team spacing, and with his athleticism, he’ll be a more useful threat as a cutter than ever before.

Playing alongside James Harden down the stretch, Thybulle began to find some additional utility on offense. He was a fairly natural fit in the dunker’s spot, and we saw him unleashed as an on-ball screener at times, in configurations where his inability to dribble simply didn’t matter. You don’t want to reconfigure your offense to get the most out of Thybulle specifically, but prior to his disjointed playoff run, he had found ways to be effective in fits and starts.

Of course, that’s the end of the floor where you simply want Thybulle to get to “passable” level. Everyone has seen the defensive ceiling, and though he made an All-Defense team last year, I think there is room for a much better effort in 2022-23.

You could see Thybulle struggling with the weight of being the full-time defender of No. 1 options last season. His best games were as good or better than any in previous years, with his blitzing of Steph Curry in primetime one of the best defensive performances any player had all year. That said, he often struggled to find the balance between aggression and recklessness, putting himself in foul trouble with a lack of discipline. Another year of experience and wisdom should help correct some of that, and with better defensive depth alongside him, there will be more frequent opportunities for Thybulle to lean into full chaos mode.

As we went over when discussing Melton earlier this week, combinations of Melton and Thybulle will be an absolute nightmare in passing lanes. But what about a combination of Thybulle and P.J. Tucker? The burly veteran can take some of the bruising assignments Thybulle is less equipped to handle, freeing up Thybulle to chase smaller guards against whom he’ll (almost) always have a size advantage. There were very few situations last year where Thybulle could afford to do anything aside from covering the best perimeter player on the floor, and without the constant pressure to do so, he might be sharper than ever before.

It would put them in an interesting spot next summer when he becomes a restricted free agent, but the best possible outcome for Philadelphia is Thybulle being so good this season that he finds his way back into that fifth starting spot, pushing Tucker to a reserve role. A future with Thybulle locked in on a long-term deal and contributing on both ends is fun to dream about, even if it doesn’t feel especially likely. Hell, even if he has a strong first half and you can flip him at the deadline for a “final piece” type player and really go for it, that’d be a big win.

If there is work being done to improve the underdeveloped parts of Matisse Thybulle’s game, it hasn’t shown up on the floor yet. He’s as hopeless dribbling the ball as he was during his rookie year. He’s been a worse three-point shooter each of the last two years on roughly the same volume he had as a rookie. His overall field goal percentage went way up, which shouldn’t go unnoticed, but shooting a high percentage on layups and dunks he can’t create for himself isn’t exactly going to be enough for him moving forward. The percentage of his two-point makes that were assisted in 2021-22 is nearly identical to his rookie season — 73.3 percent last year vs. 73.2 percent in 2019-20.

Given that he came into the league older than a lot of draft class peers and considering how flat his progress has been across those three years, expecting progress would be a bet on something we simply haven’t seen from him yet. It’s a stark contrast to some of the teammates he’s had during that time period, particularly Tyrese Maxey, who has shown both in-season improvements/adjustments and significant progress between seasons.

You’ve all basically seen what the worst case is for Thybulle on a given night — bricking open threes, being ignored out there, and psyching himself out of the open looks that are there for him. It has become increasingly difficult to play one-way players in games and moments that matter and Thybulle counts as one of those right now. And the real problem is that I’m not sure a percentage jump would do much to change how teams react to him — Thybulle being a 35-36 percent shooter is probably not going to stop teams from using his man to double other players and crowd the paint to stop their actual offensive talent.

The “good news” on the team side is that the Sixers did not build out their roster this summer as if Thybulle being a nailed-on guy in the rotation was guaranteed. They have a deeper collection of perimeter defenders, a group of guys who can help on both ends in one way or another. Benching Thybulle in the past often meant relying on other guys with serious warts. That won’t be the case this year, which could fast-track him to a spot on the bench (or at least a severely diminished role) if he struggles out of the gate.

The bad news is that Thybulle stagnating would leave them pretty reliant on older talent, and give them fewer chess moves to make in a series if he remains unplayable on offense. Even as a general skeptic of Thybulle over the last year or two, he undoubtedly changes the terms of engagement on defense when he’s on the floor. Having better defensive depth is critical for Philadelphia, but there will be a ceiling on how high they can climb on defense if he’s just a bit player.

Thybulle finds himself in a weird, in-between spot with the Sixers. I don’t think they’re itching to move on from him and think he can be a valuable rotation guy, but his name floated in a lot of trade rumors this summer, a reflection of his uncertain future.

Keep your expectations low, and I imagine you won’t be too disappointed.