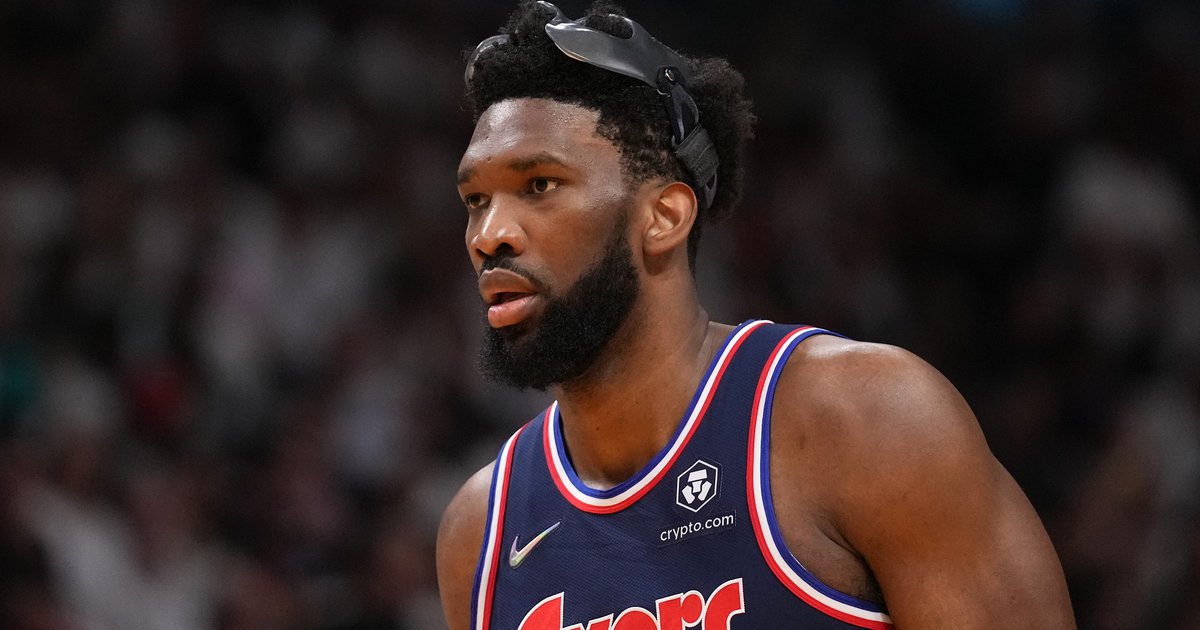 Televised basketball is less than two months away, and with most people in the Philadelphia area locking in on Eagles training camp and the surging Phillies, the true sickos are thinking about the various forms the 2022-23 Sixers season can take. Count me among those weirdos, as we’ll spend this week thinking about whether Joel Embiid will turn in another MVP-level campaign or grow disenchanted with the idea of being here any longer.

If that sounds extreme, that’s the point of this exercise, where we’ll look at the entire roster and try to sketch out what the best- and worst-case scenarios are (within reason) for each individual player. To start the week, we begin with Embiid, the man who will ultimately be the most important player in their pursuit of a title. Heavy is the head that wears the crown.

Isn’t it obvious? After years of beating his head against the wall, campaigning for the award, and coming ever so close to taking it home, Embiid finally breaks through and wins an MVP. The big man taking home the league’s top individual honor after proclaiming he’s not going to worry about such a thing anymore would feel fitting for the guy who has had to take the long road during his career to date.

But simply saying “He wins MVP” and calling it an article isn’t enough. What does an MVP season for Embiid look like, given what we’ve seen him accomplish while falling short of the honor? Based on what we’ve seen so far, it means nothing less than individual and team dominance, not one half of that total picture.

During the 2020-21 season, Embiid was preposterously good, the best player on the No. 1 seed in the East, but time on the shelf for COVID and injury reasons dampened his case. Last year, he became the first center in 40 years to average 30 points per game, but voters ultimately leaned toward Nikola Jokic with the Sixers losing a couple of high-profile MVP battles down the stretch. The only way you can guarantee yourself an MVP award in today’s climate is to leave absolutely no doubt, dominating from end-to-end, winning a boatload of games, and winning the marquee matchups that stick in the minds of voters. And, critically, you have to stay healthy.

Embiid’s biggest advantage this season, frankly, is that he walks into the year with the deepest roster they’ve had during his time here and a well of chemistry to work from with the team’s most important players. He and James Harden were the best pick-and-roll combination in the league to end the year, and that says a whole lot when you consider many were worried about how Embiid would adapt to such a style. They were devastating when everything was clicking.

This may sound counterintuitive, but Embiid’s best year likely has him taking a small step back on offense, empowering him to challenge for another award he has coveted since he was a prospect: Defensive Player of the Year.

In isolated games and stretches during the regular season, Embiid dials it up and turns into a world-destroying force on defense, but those come between some disinterested moments where you can tell he either isn’t fired up for the opponent or is saving energy for the heavy-lifting on the other end. His points per game don’t matter as much as how he gets there and how taxing it is on him to reach that number — as you saw once Harden joined, there’s a big difference between Embiid having to create all his own offense and Embiid dropping in easy layups and dunks.

Perhaps the most important thing of all, though, is Embiid continuing his growth as a passer. Last season was by far his best season as an assist man since entering the league, in part because he had no choice with Ben Simmons in exile. His reads were quicker, passes were more accurate and his offensive impact was larger than ever. The idea is not that Embiid needs to be Nikola Jokic as a playmaker, but that playmaking is enough of a strength that teams run out of credible ways to defend him. They’re short on options as it is.

Most people have learned by now not to discount the idea of yearly Embiid improvements, the question being what he might add to the bag to take his game to another level. He has added one-leg fadeaways, solidified his numbers from beyond the three-point line, earned more and more trips to the free-throw line, and ultimately taken the hardest leap of all, moving from star status to true superstardom. Perhaps the future holds smaller, less noticeable improvements, but every bit counts when you’re trying to lead a team to a title.

Put simply, the Sixers need him to lead on all fronts. If Embiid serves as a galvanizing force at both ends — not to mention off-court, where he has been more present — their ceiling is as high as he can reach. His best game is as good as any current player can offer in the league. The task in front of him is difficult, but simple, with the city hopeful he can push them to their first conference finals since 2001.

One thing that should never be taken for granted in the land of (rightfully) big egos is whether what’s best for the group is what’s wanted by the group. Everyone loves the idea of sacrificing, but not everybody likes what that looks like in practice, nor does it always lead to their energy being used elsewhere the way you’d like.

I don’t say this because I believe Embiid to be a selfish person or player, but because I’m not sure “Embiid gets fewer post touches” directly translates to more consistent defensive activity from Embiid. Embiid has put in significant time and work to master his spots on the floor, and though he has gotten better about it deeper in his career, he (like many other bigs) has a tendency to show his frustration when he has established himself and doesn’t get a pass when and where he wants. A version of the Sixers where he spends more time rolling to the basket could benefit the group, but the star has to actually like doing that for it to have the downstream impact fans and analysts hope it will have.

By extension, how does the partnership with Harden hold up over a full season? The early signs are good, with Embiid spending part of his offseason working out with Harden in L.A., but their continued success hinges on both guys being willing to compromise to please the other. How many times per game will Embiid be a willing screener as Harden waves him over after eating up time on the shot clock? How many open catch-and-shoot jumpers can Harden look off without Embiid getting upset? These are scenarios that can be glossed over in a brief post-deadline stretch but become potential grievances in the marriage over time.

The doomsday scenario for Philadelphia, outside of a major injury, is Embiid growing disenchanted with being here at all. To date, he has said all the right things about wanting to be here for his whole career, and the organization has clearly kept his wishes front of mind more than ever since Daryl Morey came to town. But there’s no way to guarantee he won’t wake up one day and say “Enough is enough.” The roster has shifted as often as the front office structure — one front office even disparaged him in favor of Simmons behind burner accounts, mind you — and as he moves further into his late 20s, he may think he has better chances to win elsewhere, with other stars who wouldn’t pass up the opportunity to play with a dominant two-way force. It may feel like that possibility is a long way off, especially considering his four-year extension doesn’t begin until next season. Recent NBA history suggests lengthy contracts are not the decisive factor teams would like them to be.

Maybe, in a less gloomy scenario, Embiid’s peak is simply what we’ve seen over the last couple of seasons, which is to say he is a great player that can’t quite find a way to beat the best of the best in the playoffs. Allen Iverson owes no apologies for losing a Finals series to one of the greatest 1-2 punches of all time, but that doomed pursuit of a title ultimately helps put his career in the proper perspective. Through his own limitations and as a product of the supporting cast, he was a visitor to the inner circle of NBA greatness, not a resident as Kobe Bryant and Shaquille O’Neal were.

It may end up that Embiid falls in the Iverson category of greatness over the long-term — he is a special talent, a special personality, a man upon whose shoulders the franchise is built. It would be hard to call his career a disappointment if his greatest crime is not winning a title as option 1A on a series of good and very good teams, if bad injury luck continues to strike at the wrong time. But as young stars continue to ascend and future Hall of Famers continue to add to their own legacies, the onus is on Embiid and the organization to make the next step he has struggled with up to this point.

When all is said and done, when Embiid’s resume is etched in Wikipedia and Basketball-Reference and all other places where stats and stories are shared, his bodily misfortune will be remembered far less than the end results. When we look back and tell tales about his dominance years down the road, he will ultimately be judged by the one overarching question hanging over all athletes: was he a winner?

Cliche or not, fair or not, it’s a question he still has to answer.