Pete Rose never should have been at the Phillies’ Alumni Weekend 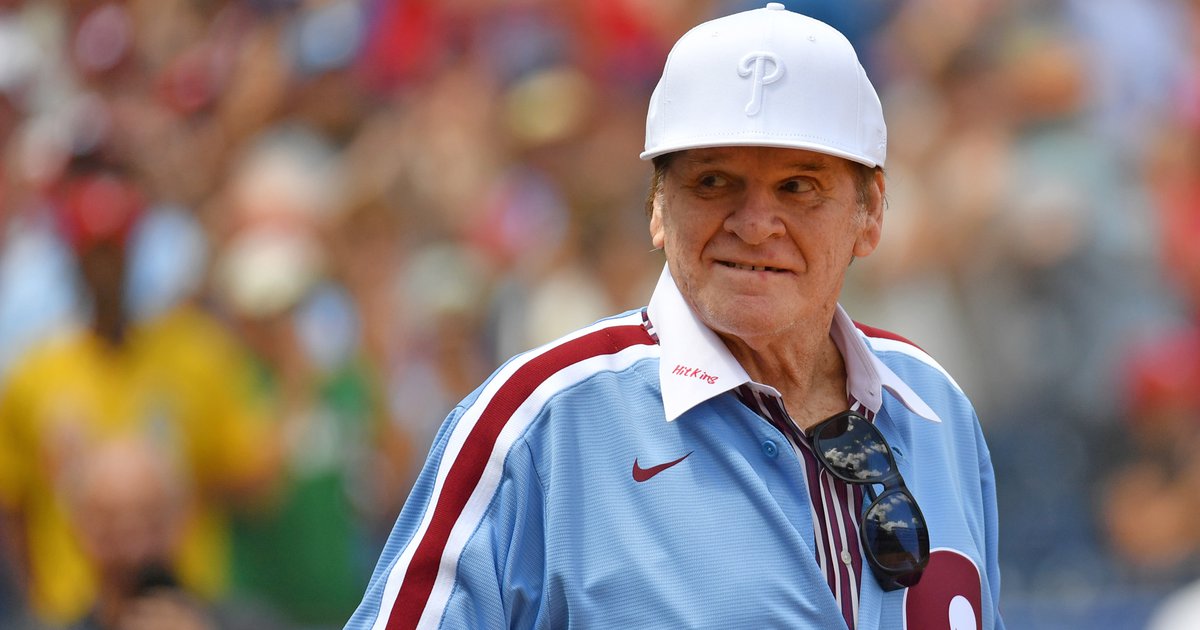 Larry Bowa caught everyone by surprise during the Cubs-Phillies broadcast on July 23 when he dropped that Pete Rose would be at this year’s Alumni Weekend for the reunion of the 1980 championship team.

In a weekend built to celebrate Dan Baker’s 50 years as the club’s public address announcer and the induction of Ron Reed and Bake McBride onto the Wall of Fame, Bowa described Rose’s booking as “the icing on the cake.“

The Phillies confirmed Rose’s first appearance in Philadelphia since his lifetime ban from baseball more than 30 years ago soon after, citing that the invitation was at the demand of his former teammates and with permission from Major League Baseball.

“In planning the 1980 reunion, we consulted with Pete’s teammates about his inclusion,” the club said in a statement. “Everyone wants Pete to be part of the festivities since there would be no trophy in 1980 without him. In addition, the club received permission from the Commissioner’s Office to invite Pete as a member of the championship team.”

The Phillies tried this same stunt five years ago when they made plans to induct Rose onto their Wall of Fame for the 2017 Alumni Weekend. They were axed once accusations surfaced of a decades-old sexual relationship between Rose and an underaged woman, one that Rose even admitted to, back when he was in his mid-30s and married with two children.

Rose’s role in the Phillies’ 1980 World Series title and his status as baseball’s all-time hits leader is irrefutable, but his lifetime ban from MLB for betting on the game and his conduct away from it – the aforementioned alleged sexual misconduct, tax evasion, confession of his gambling history along with signing his autograph to anything that breathes for a quick buck, etc. – can’t be ignored either.

The Phillies tried to this time. It was a disaster. He never should have been there.

It started with Rose’s media availability Sunday after the alumni festivities and ahead of the Phillies’ series finale against the Washington Nationals.

Inevitably, the 81-year-old was asked about his sexual misconduct allegations from 2017 and the kind of message his presence at the ballpark would send to women.

His response to Philadelphia Inquirer reporter Alex Coffey: “No, I’m not here to talk about that. Sorry about that. It was 55 years ago, babe.”

I asked Pete Rose what he would say to people who say his presence here sends a negative message to women. His response: “No, I’m not here to talk about that. Sorry about that. It was 55 years ago babe.”

And although he walked onto the field to a scattering of boos but an otherwise general ovation from the crowd at Citizens Bank Park, one befuddled “apology” to Coffey and an uncomfortable, at minimum, conversation in the broadcast booth later left anyone watching or listening in with an exact image of the type of person Pete Rose is, provided they didn’t have it already.

Rose was made available after the ceremony. Someone, maybe an agent, said he had something to say to me, but he didn’t seem to know he was expected to say anything. He asked if he’d offended me, and said “will you forgive me if I sign 1000 baseballs for you” before saying “sorry” https://t.co/w5ikH1jKDR

The Phillies did. They knew for years. They ignored it, putting a dark cloud over a day meant to celebrate their history and a team gunning for the organization’s first postseason appearance in a decade.

It was a disaster.