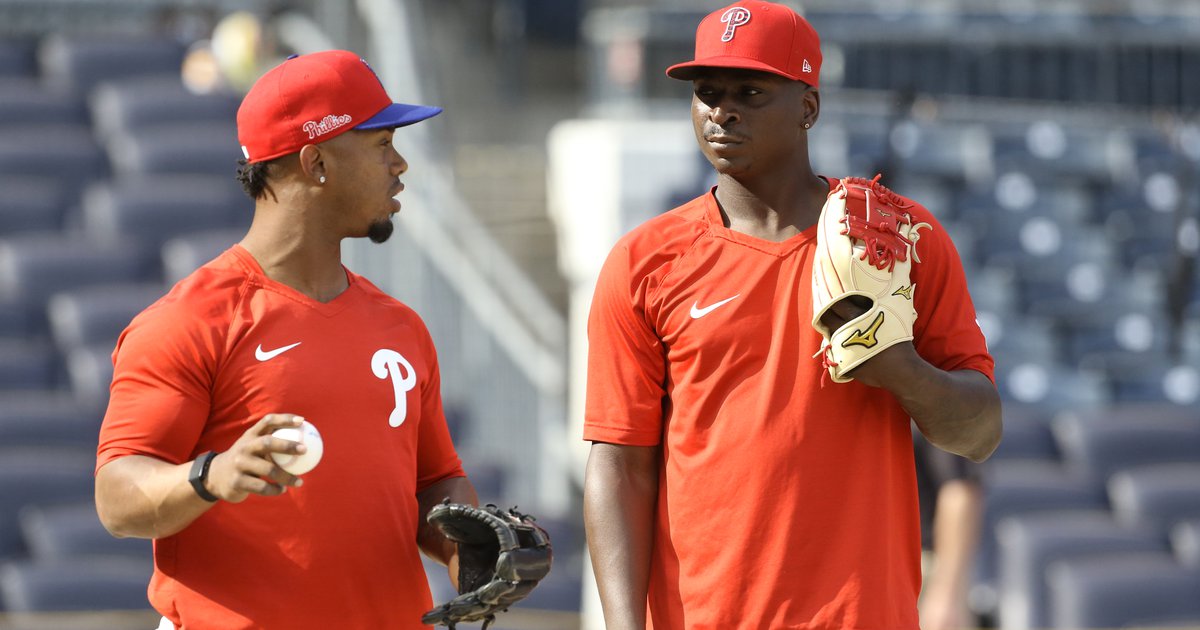 After the trade deadline passed on Tuesday, Phillies president Dave Dombrowski mentioned he was confident that Jean Segura would be ready to come back when the club returned home on Thursday.

Right on cue, the Phils reinstated Segura from the 60-day injured list, activated Kyle Gibson from the bereavement list, and announced that Noah Syndergaard and Brandon Marsh have reported to the club.

Segura will play second base and bat seventh, Marsh will be in center field and bat ninth, and Syndergaard will be the starting pitcher for Thursday night’s series opener against the Nationals.

Didi Gregorius has been released.

The Phillies announce the following transactions:

CF Brandon Marsh and RHP Noah Syndergaard have reported to the club.

INF Jean Segura has been reinstated from the 60-day IL.

RHP Kyle Gibson has been activated from the Bereavement List.

INF Didi Gregorius has been released.

Segura suffered a broken finger on May 31 against San Francisco trying to lay down a bunt and was ruled out for 10-12 weeks. It was a devastating injury at the time as he was one of the Phillies’ most consistent hitters, with his numbers quietly keeping up among the best second baseman in baseball, while the rest of the team was floundering under former manager Joe Girardi.

Segura began a rehab assignment with Triple-A Lehigh Valley early last week and held up well, and if he can settle back into the rhythm he had before the injury, it’ll be a huge boost toward the Phillies’ playoff push, especially if Bryce Harper isn’t much farther behind.

The veteran second baseman, in his fourth year with the Phils, was hitting .275 with six homers and a .731 OPS before the injury.

Gregorius, meanwhile, missed nearly all of May with a knee sprain after colliding with Kyle Schwarber during a 2-1 loss to the Texas Rangers back on May 4. When he returned on June 5, he struggled, batting just .181 with a .234 on-base percentage in 45 games.

Gregorius, 32, was in the final year of his contract and his release now clears a path for Bryson Stott to take over at short.